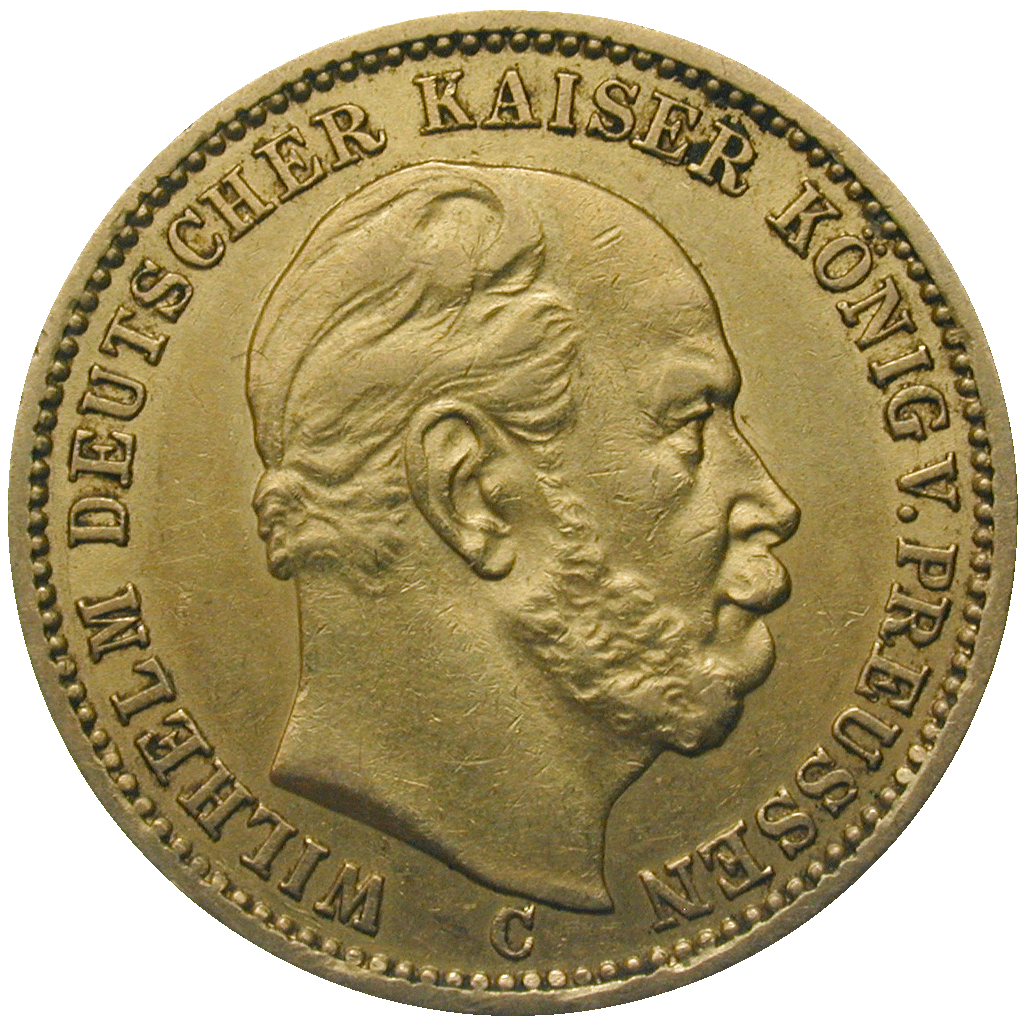 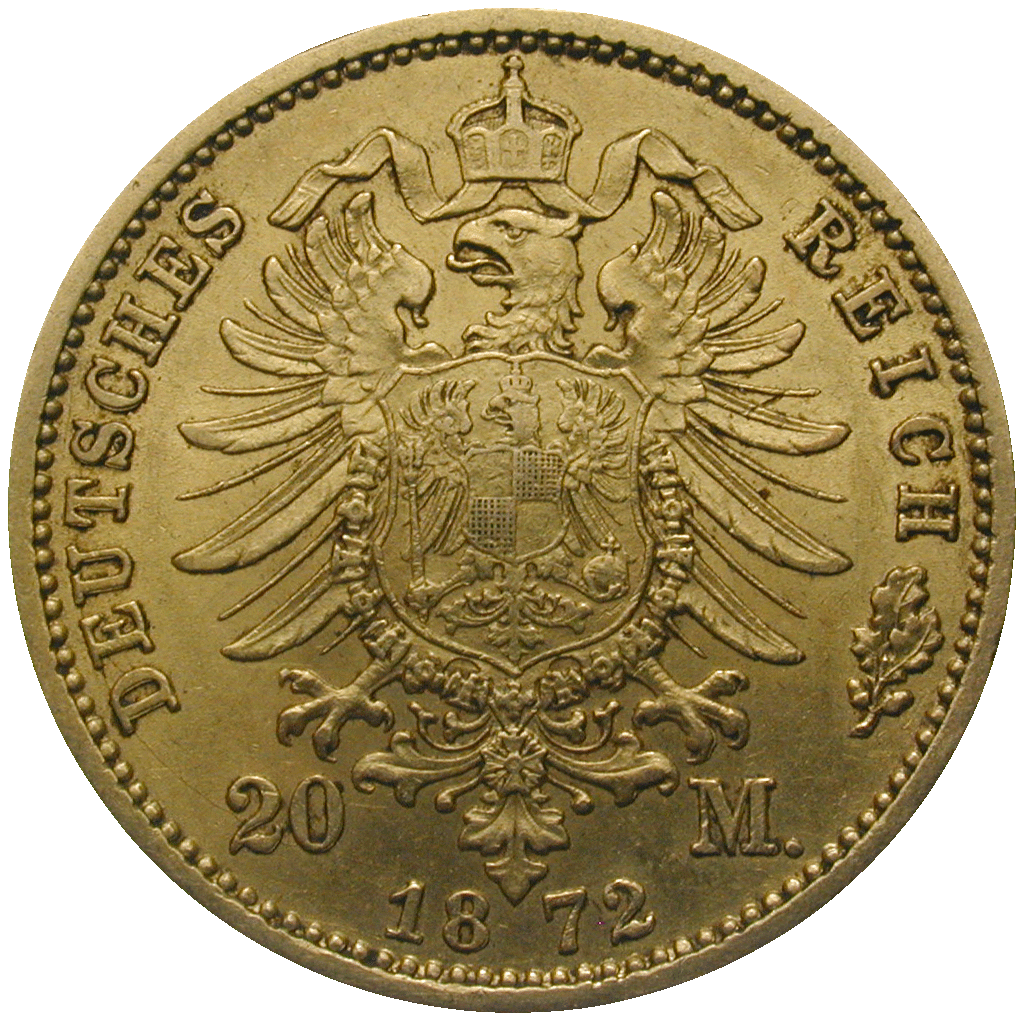 This gold coin of 20 marks was minted in 1872, the year after the foundation of the German Empire. It was the so-called "Founder Epoch": Thanks to the new united economic area, German economy boomed. The coin was produced at the mint in Frankfurt, the center of the German financial market. From there, the booming German economy was supplied with money. The upswing of the Founder Epoch ended abruptly, however, when the stock exchange of Vienna collapsed on 9 May 1873 after a whole series of bankruptcies in Austria. Following the domino effect, the crisis soon impacted the German financial market and from there spread out over most of Europe and to the United States. It resulted in a economic stagnation of about two decades known as the "Long Depression."