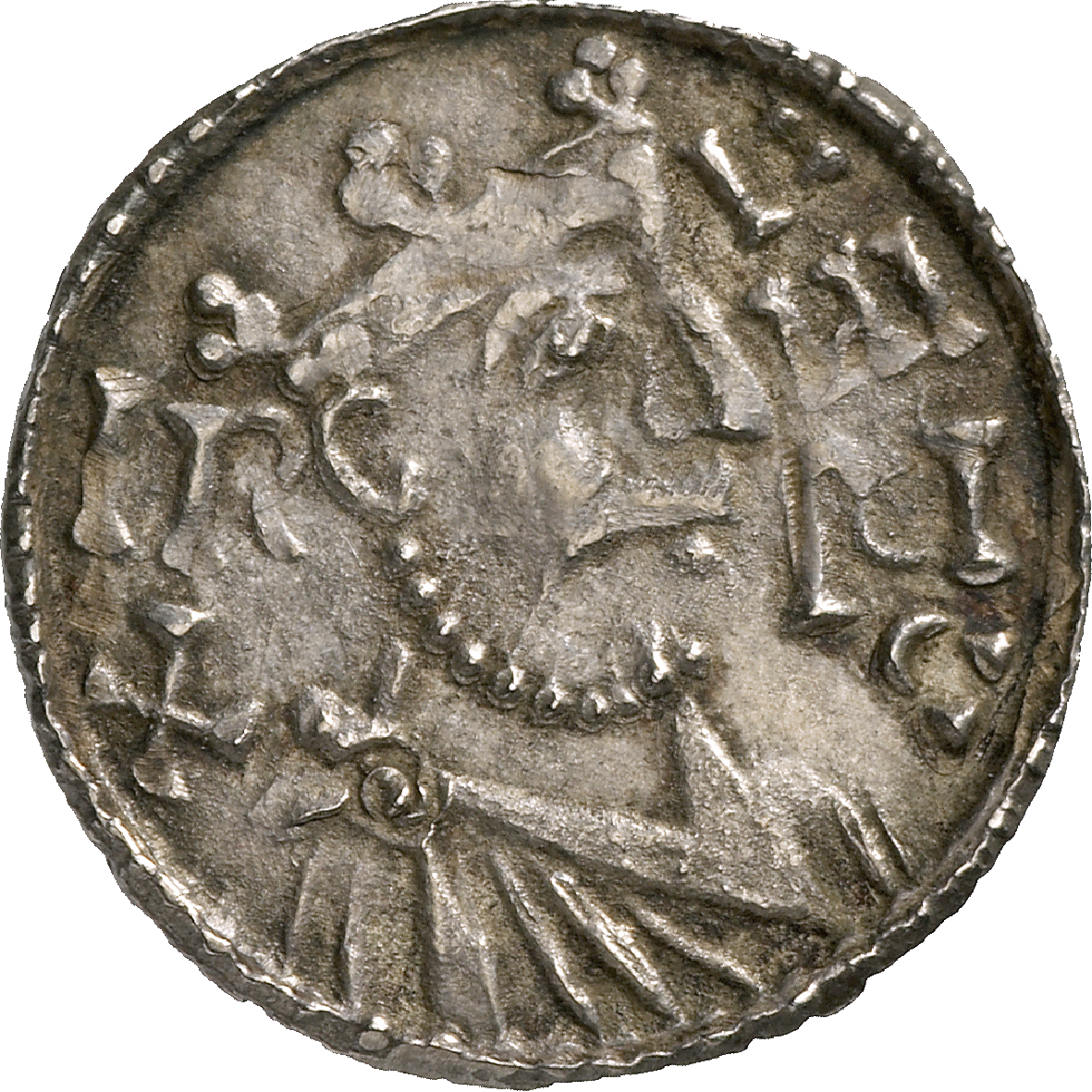 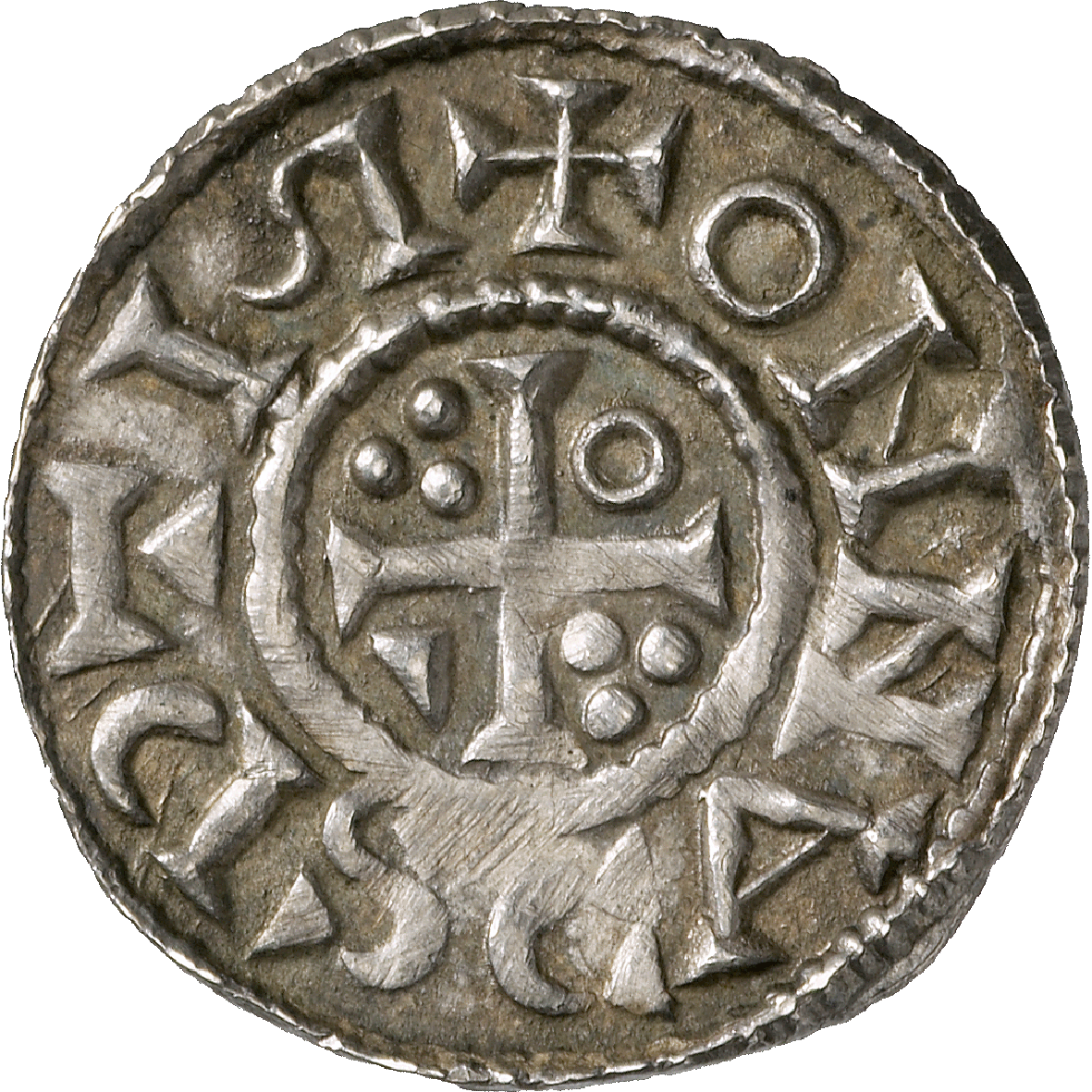 Iconographic symbolism has always impressed people – particularly in medieval times, when people hardly ever came in contact with this form of "public relations." Images of Madonnas and pictures of saints were among the few illustrations average people ever saw. At that time, the use of money was equally unfamiliar: a coin then was a true object of treasure. Hence people carefully studied the pictures minted on coins; even more so since hardly anybody was able to read. With the beginning of the 11th century, coin motifs became more diverse. In some places, the art of die cutting reached remarkable levels. Under King Henry II (1002-1024) and his successors, the royal portrait became common on coins again. However – due to the vanity of the emperors as well as to the skills of the die cutters, it remains unclear, how lifelike these portraits were.