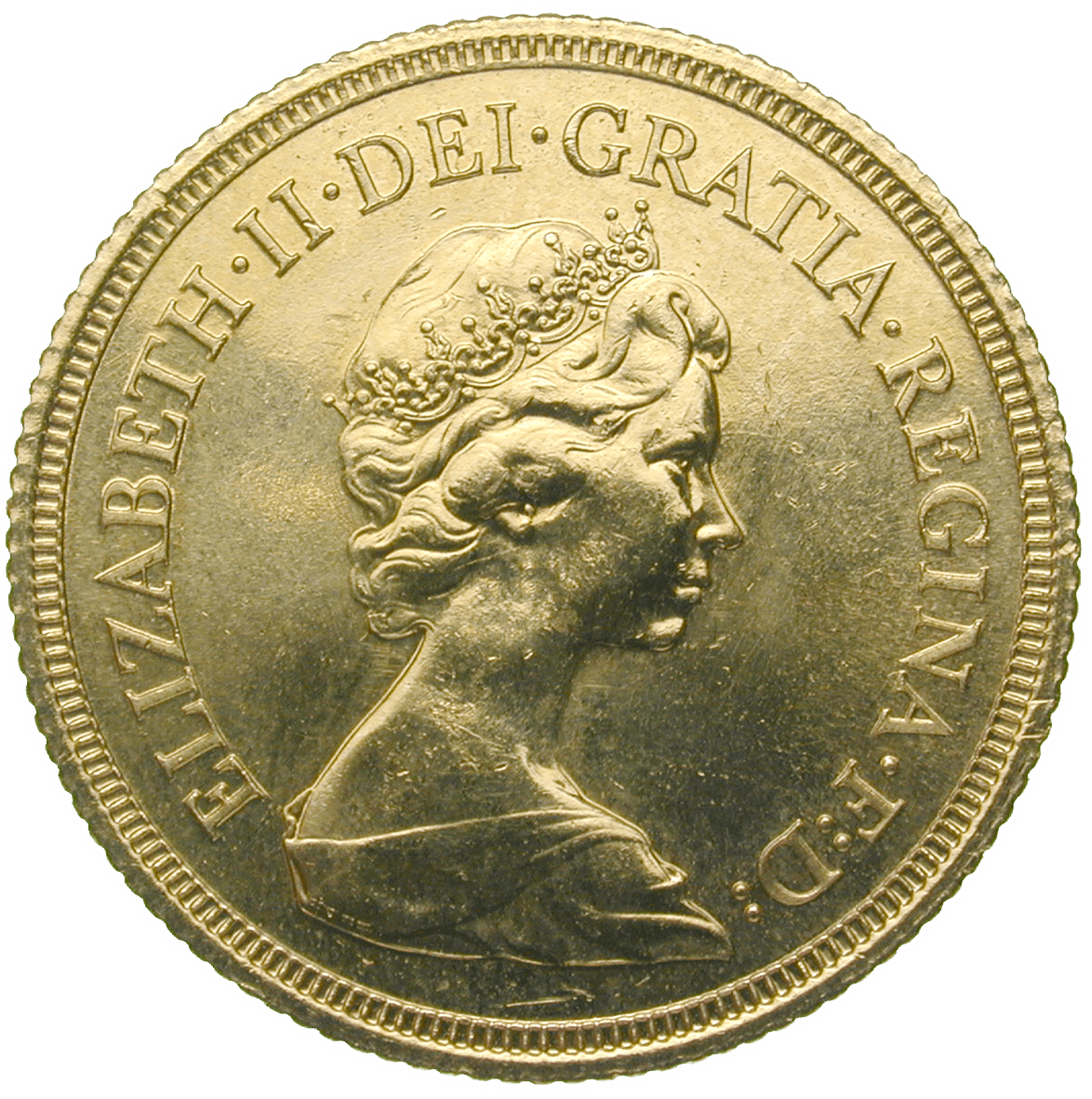 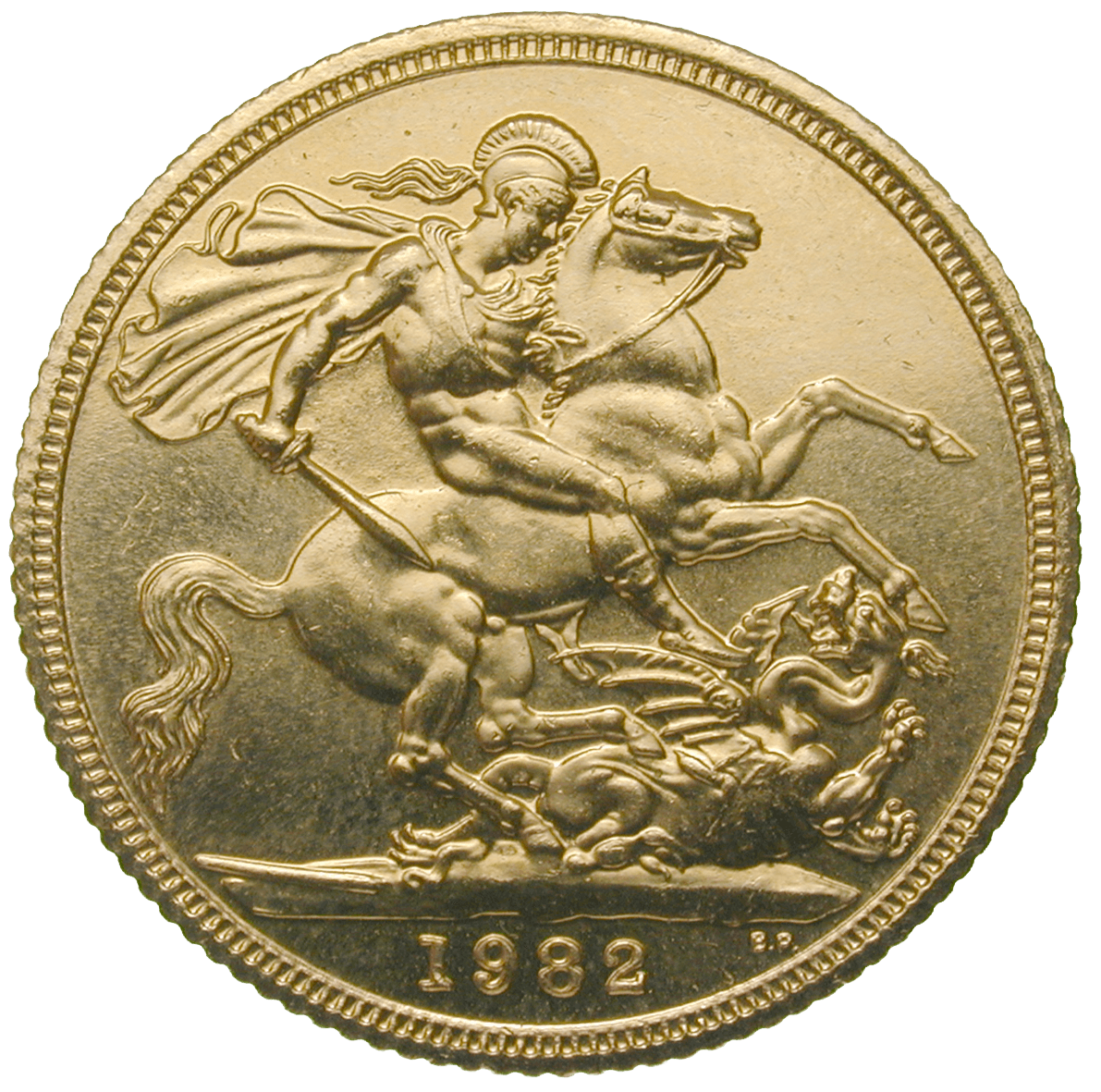 The sovereign, minted for the first time in 1489 by King Henry VII, is the equivalent of 20 silver shillings. At the beginning of the 19th century, the sovereign became the principal gold coin of Great Britain. Its obverse bore the portrait of the respective ruler, and the reverse depicted Bendetto Pistrucci's famous motif "St George slaying the dragon." Queen Elizabeth II, who is depicted on this coin, ascended to the British throne in 1952. Since then, her coin portrait was only changed twice – the first effigy being used until 1968. The second portrait was used on the queen's coins from 1971 throughout 1984; this image thus belongs to that series.