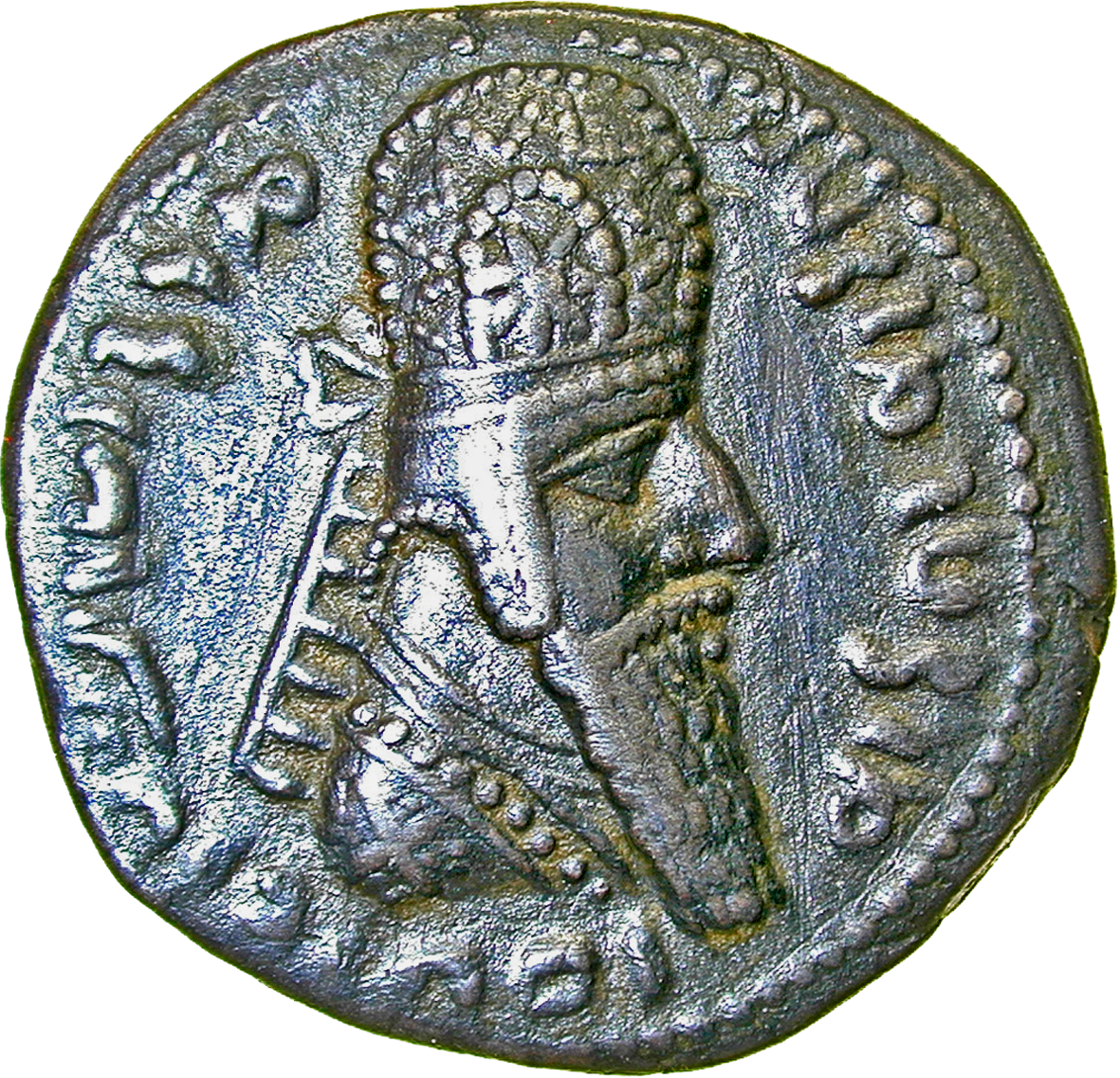 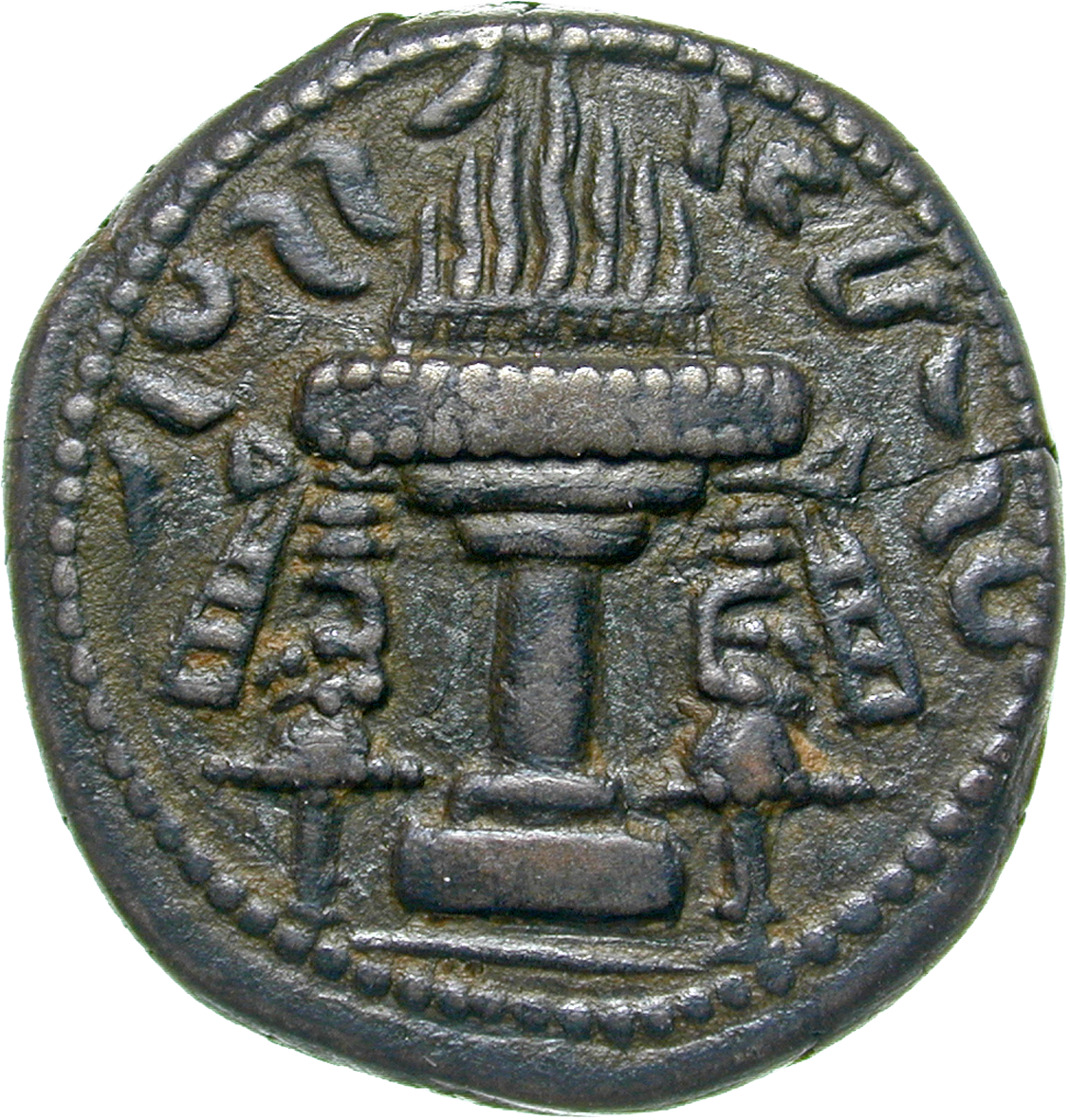 In the 3rd century, a new empire arose in Western Asia, which was, together with China and Rome, to determine the fate of the world over the next four centuries. It was the Sassanid Empire, stretching approximately over the territories of modern Iran and Iraq as well as over some of their peripheral regions.

The Sassanid dynasty was founded by Ardashir I (224-241), the issuer of this tetradrachm. Its obverse depicts the great king with a tiara. The reverse shows a fire altar in which burns the sacred, all-purifying fire. The fire stood in the centre of Zoroastrianism, the religion of the Sassanids and their predecessors, the Achaemenids and the Parthians. It symbolized the god Ahura Mazda, the personification of light and the creator and sustainer of the world and of men.