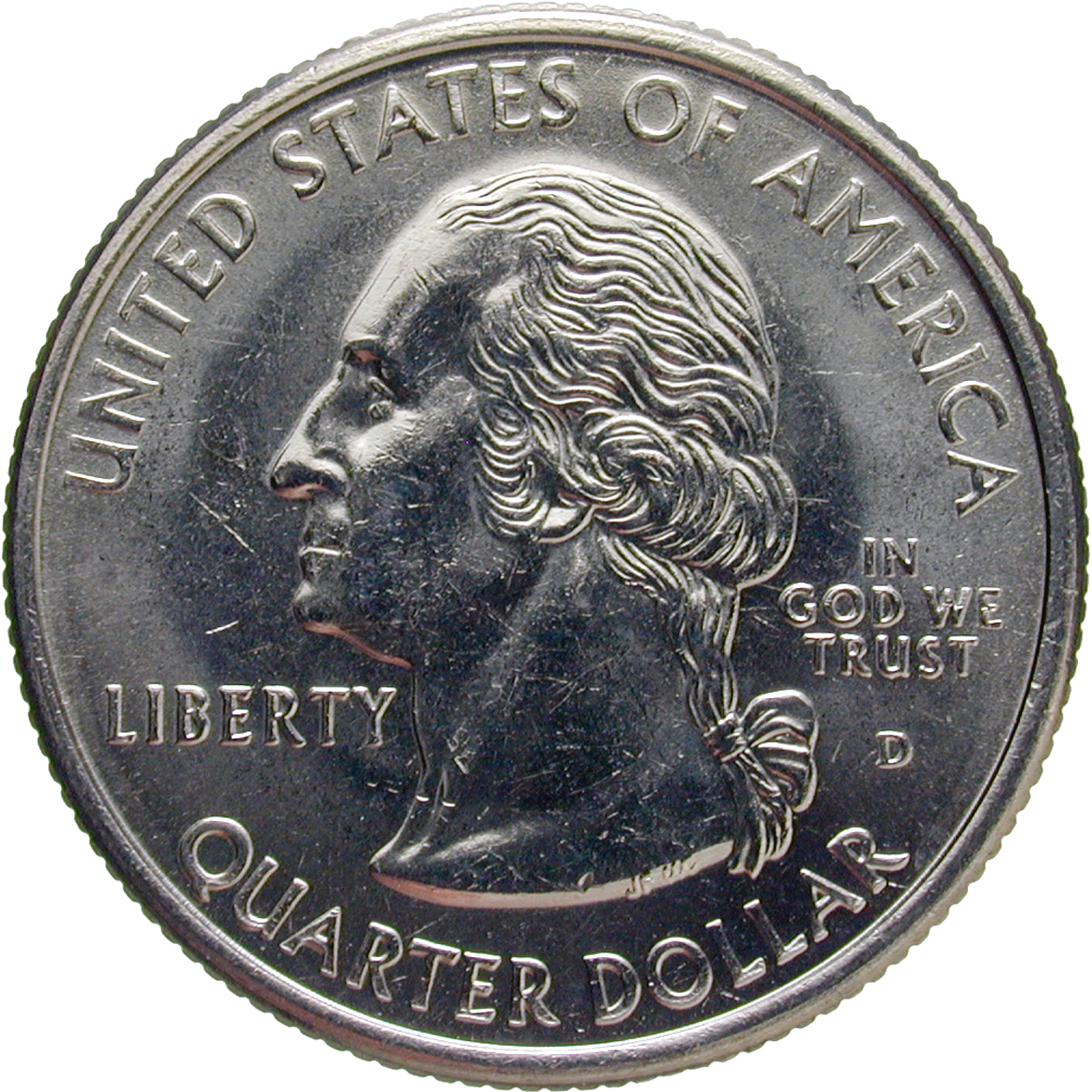 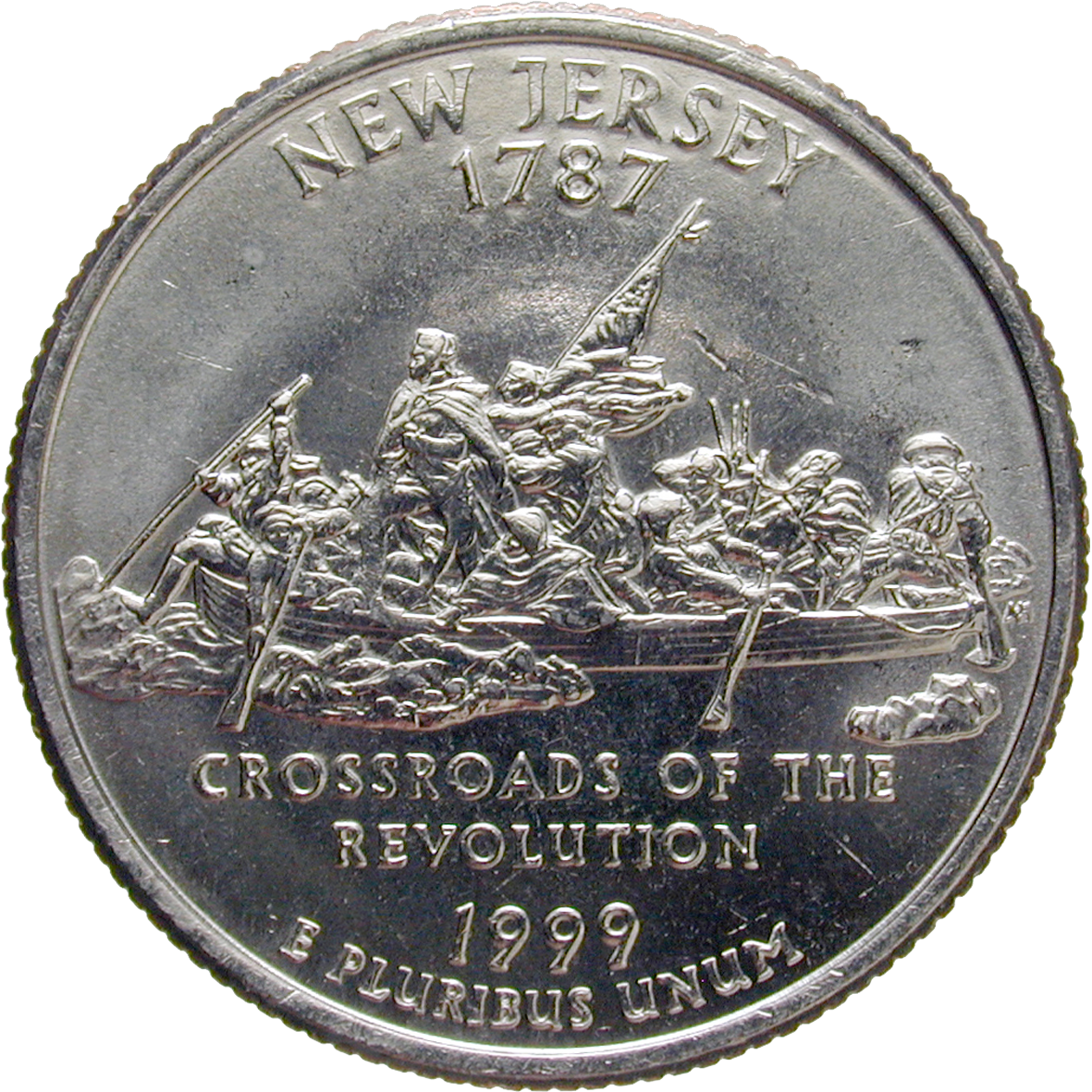 New Jersey was the scene of many battles in the American Revolutionary War. On Christmas night of 1776, when it should already have been in winter camp, the army of the thirteen united colonies under the command of George Washington stealthily crossed the Delaware River. In the ensuing skirmish at Trenton it beat the stupefied British troops, who retreated from New Jersey after two more lost encounters in the following days. After that the Revolutionary War still continued until 1783; but the Battle at Trenton is considered a pivotal point: after a series of setbacks it restored the morale of the revolutionary army. The depiction on the state quarter of New Jersey shows the crossing of the Delaware. In the middle stands George Washington, who became the first president of the United States after the war. The man holding the flag is Lieutenant James Monroe, also a future President. General Edward Hand is shown seated and holding his hat. The caption reads 'Crossroads of the Revolution'. The portrait on the obverse shows, as do all American 25 cent-coins, again George Washington.