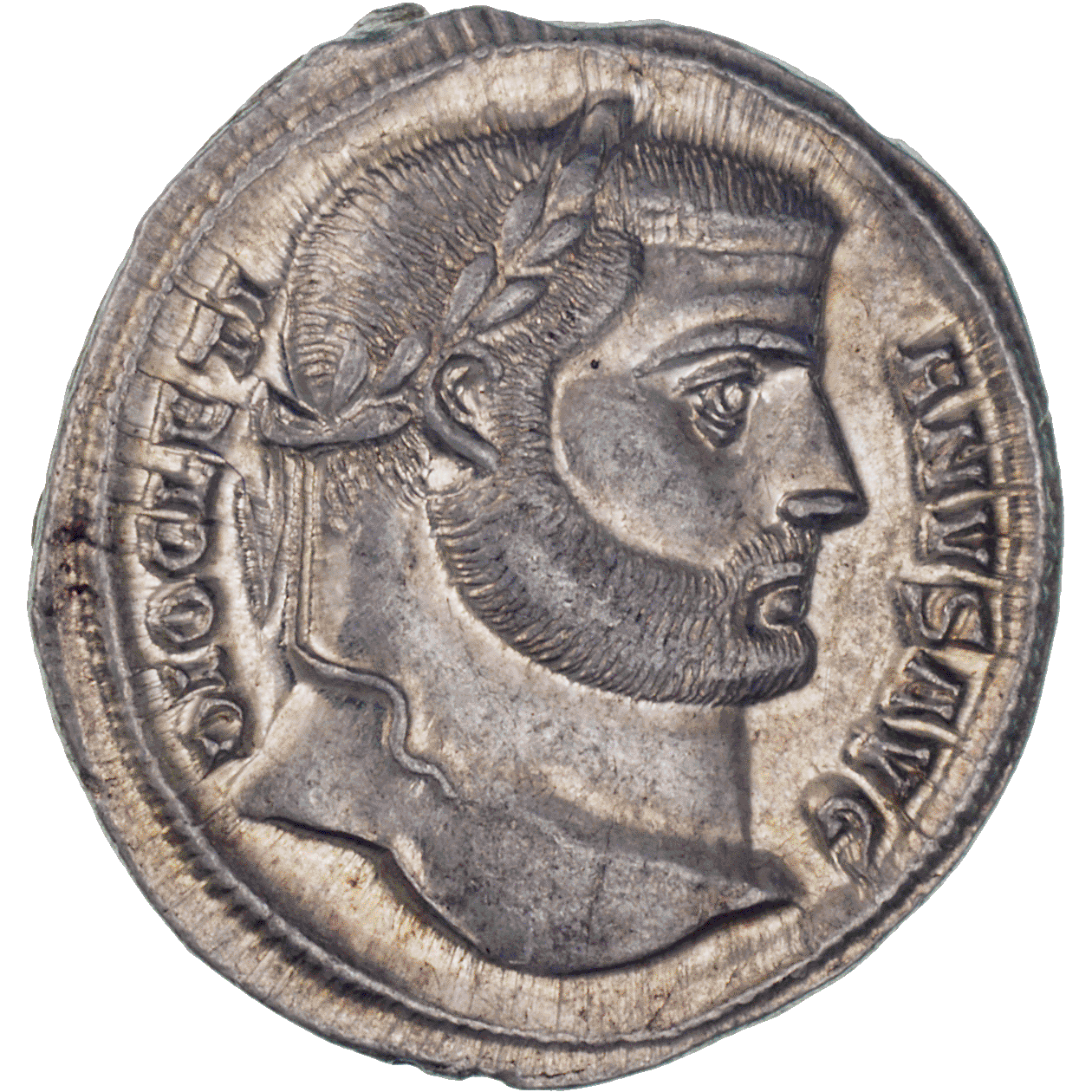 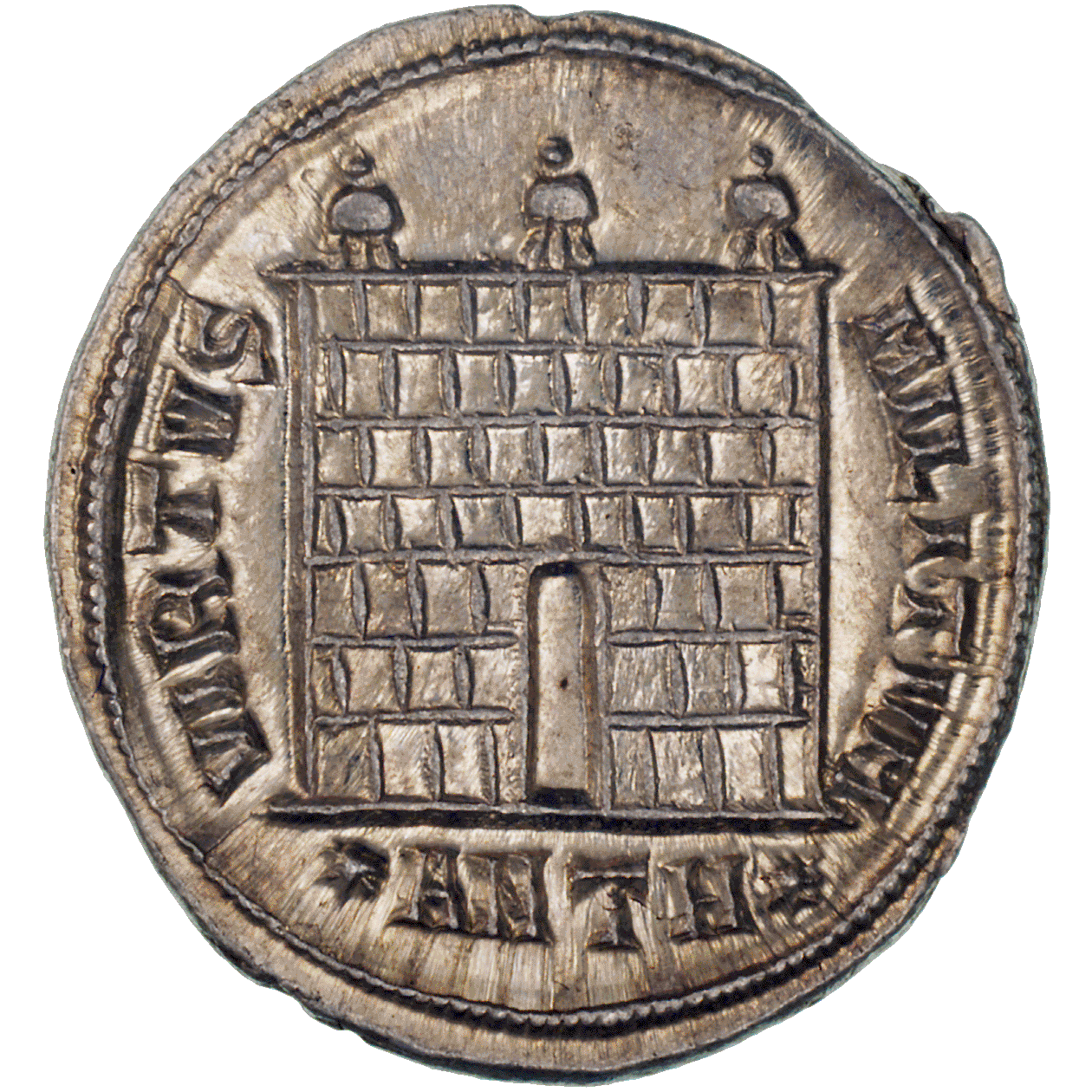 Emperor Diocletian (284-305) came from a modest family background. As a high ranking officer he fought against the Sassanid Empire. Later he played a rather obscure role in the persecution of the supposed murderer of his predecessor Numerian, who had died under curious – but supposedly natural – circumstances.

His legions proclaimed Diocletian emperor. He was one of the barracks emperors, those Roman rulers who worked their way up in the army and who seized power by virtue of their command. This coin bears his portrait on the obverse; the reverse shows a fortified gate.