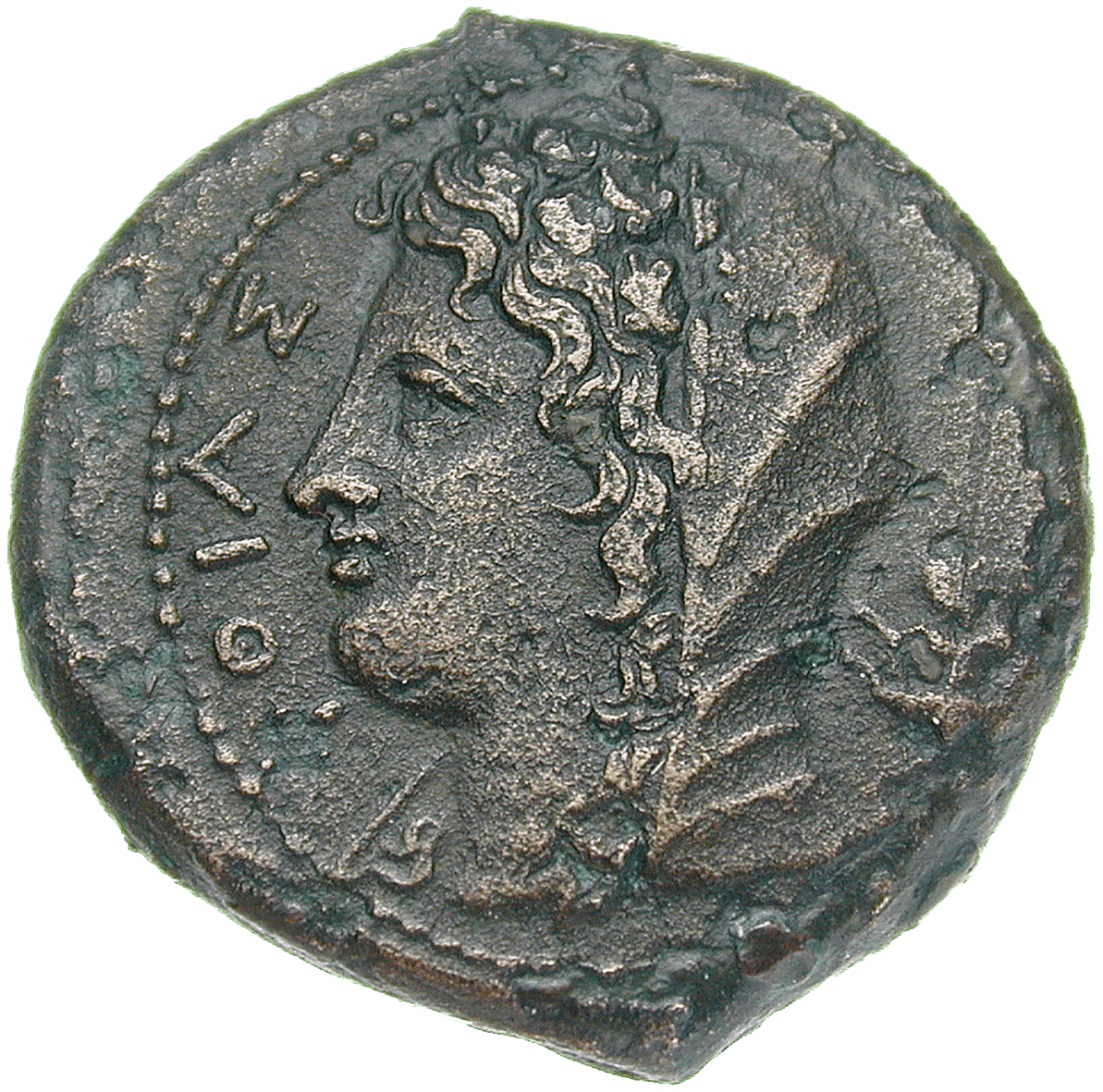 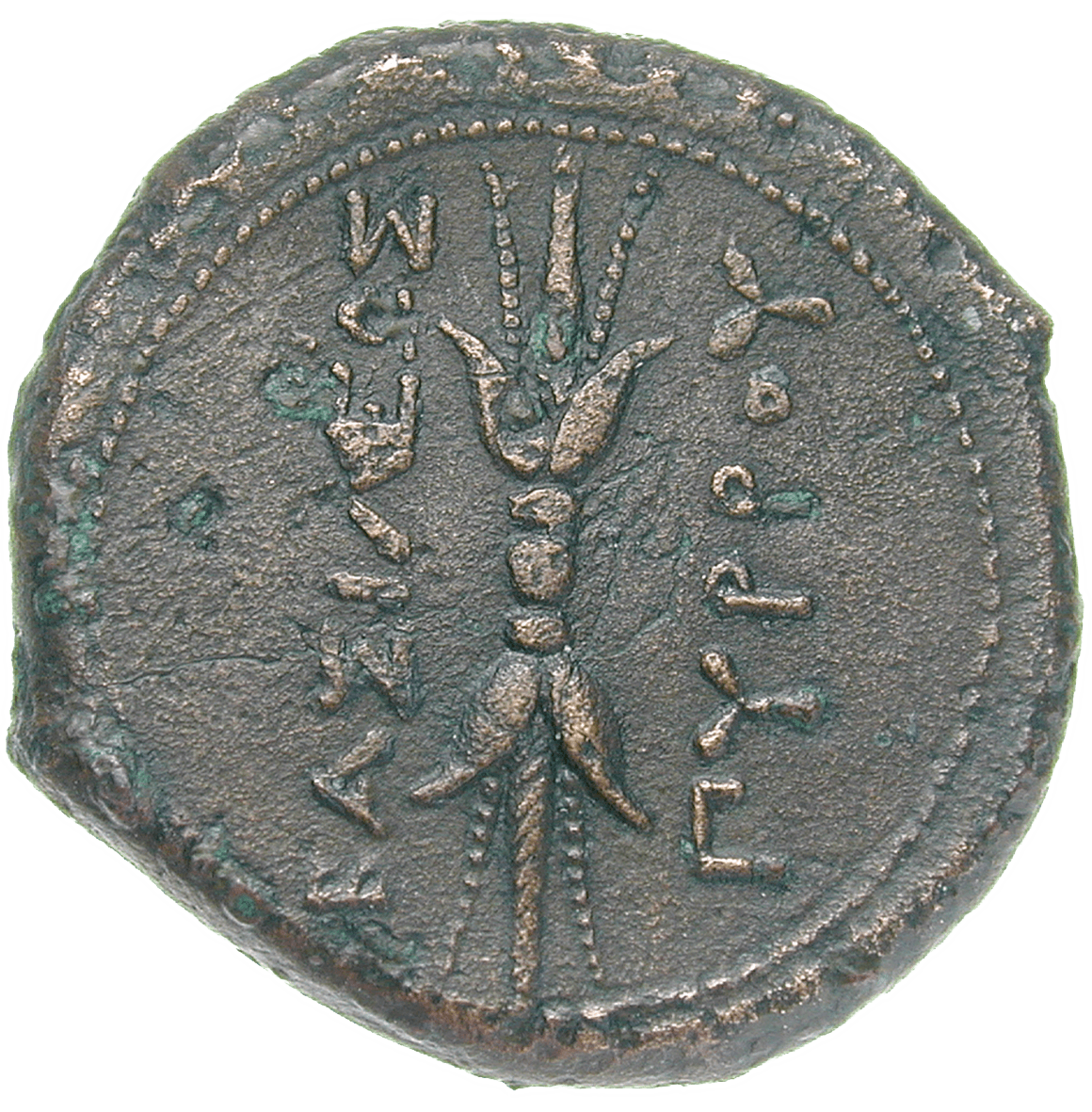 It is always a dangerous thing to ask a third party for help in times of war. It happened only too often in history that the helper after successful support became a problem himself. Also in the year of 278 BC.

That year landed, on request of Syracuse, the king of the Molossians Pyrrhus in Sicily to fight the Carthaginians. After his victory, however, Pyrrhus didn’t even think about leaving Sicily again. On the contrary; he took on the title of ‚King of Sicily and, as symbol of his power, had his own coins minted.

This bronze piece depicts Phthia, the mother of Pyrrhus. It is one of the very few coins of that time bearing the image of a living woman. The reverse shows a winged flash, the symbol for the god Zeus, and the Greek inscription BAΣIΛEΩΣ PYPPOY (King Pyrrhus).