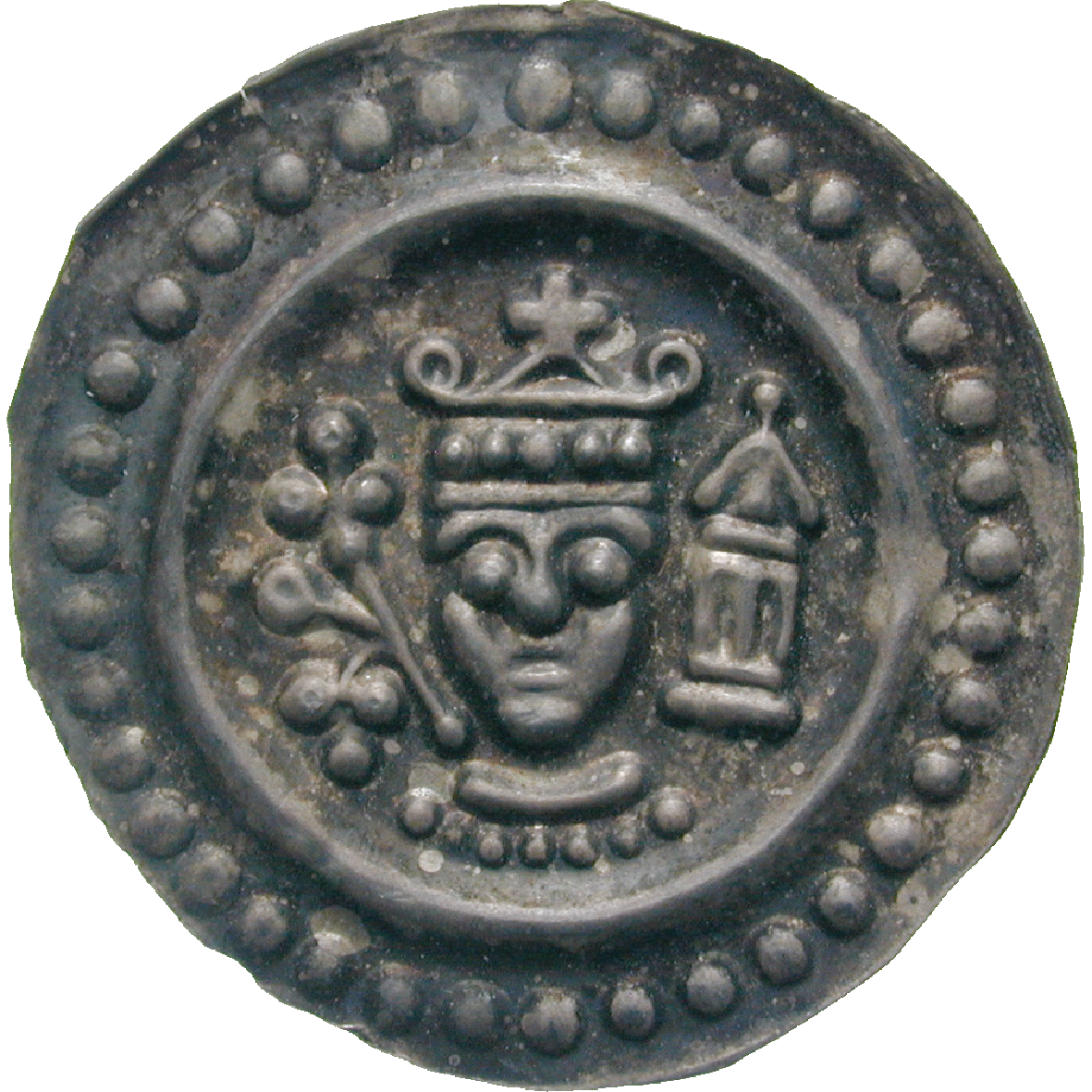 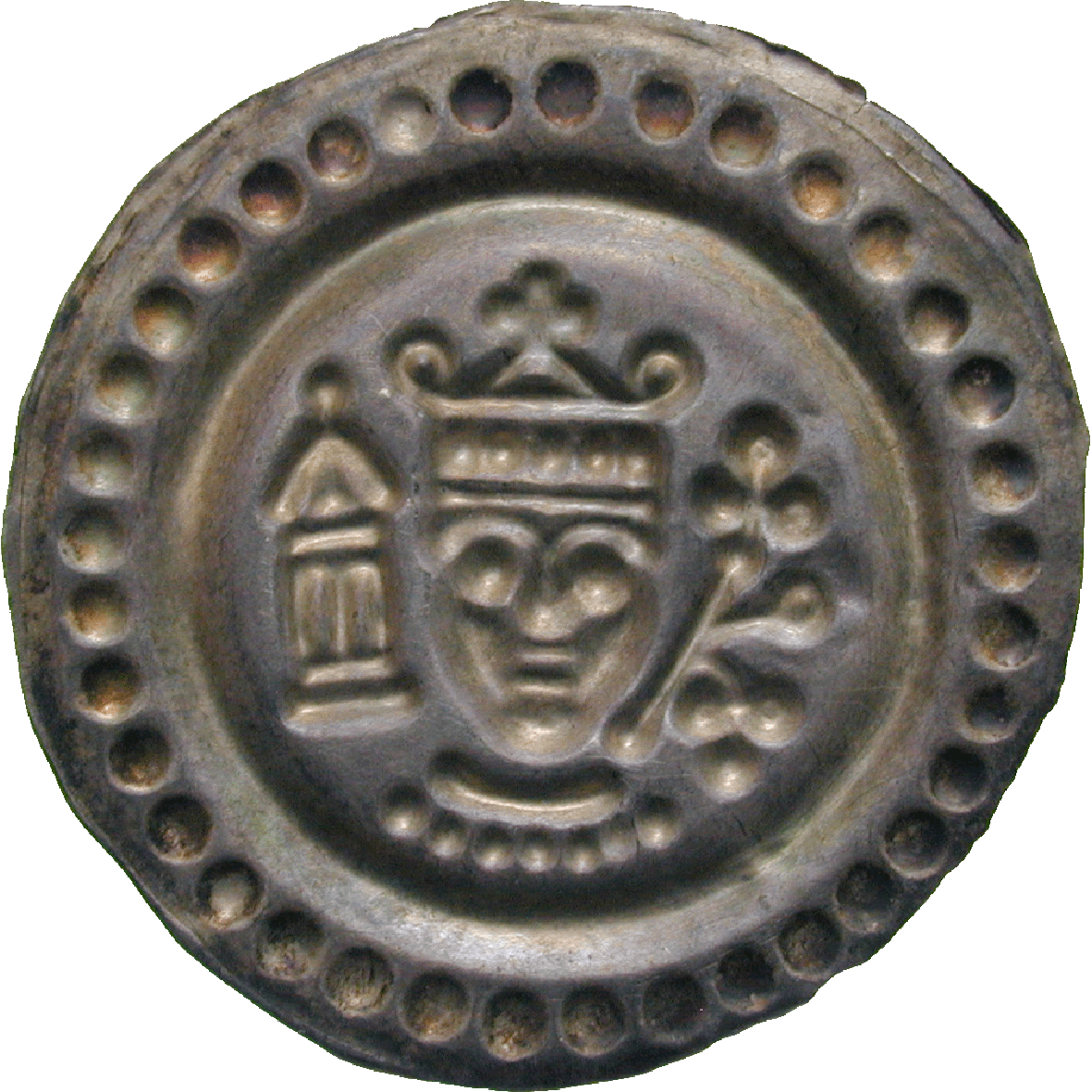 It was a central belief of the Early and High Middle Ages that the human being is nothing. Only in the context of a function, of predecessors and successors or of social groups did individuals gain importance. As a result during that time, kings and bishops, counts and abbots all looked alike on their coins. Not a particular person was depicted but the representative of an estate. Frederick II (1194-1250), however, stood on the threshold of two worlds and two times. On this pfennig, he is depicted in medieval German style: as a representative of kingship, flanked by a small tower and a spray. But in Sicily, Fredericks home, antiquity was much more present than in the rest of Europe. Thus the omnipotence of the Roman emperors became a role model for him. On many of his coins, Frederick II is depicted in ancient style – wearing the draped coat of a military commander and a laurel wreath.