Kingdom of France, Francis I, Teston 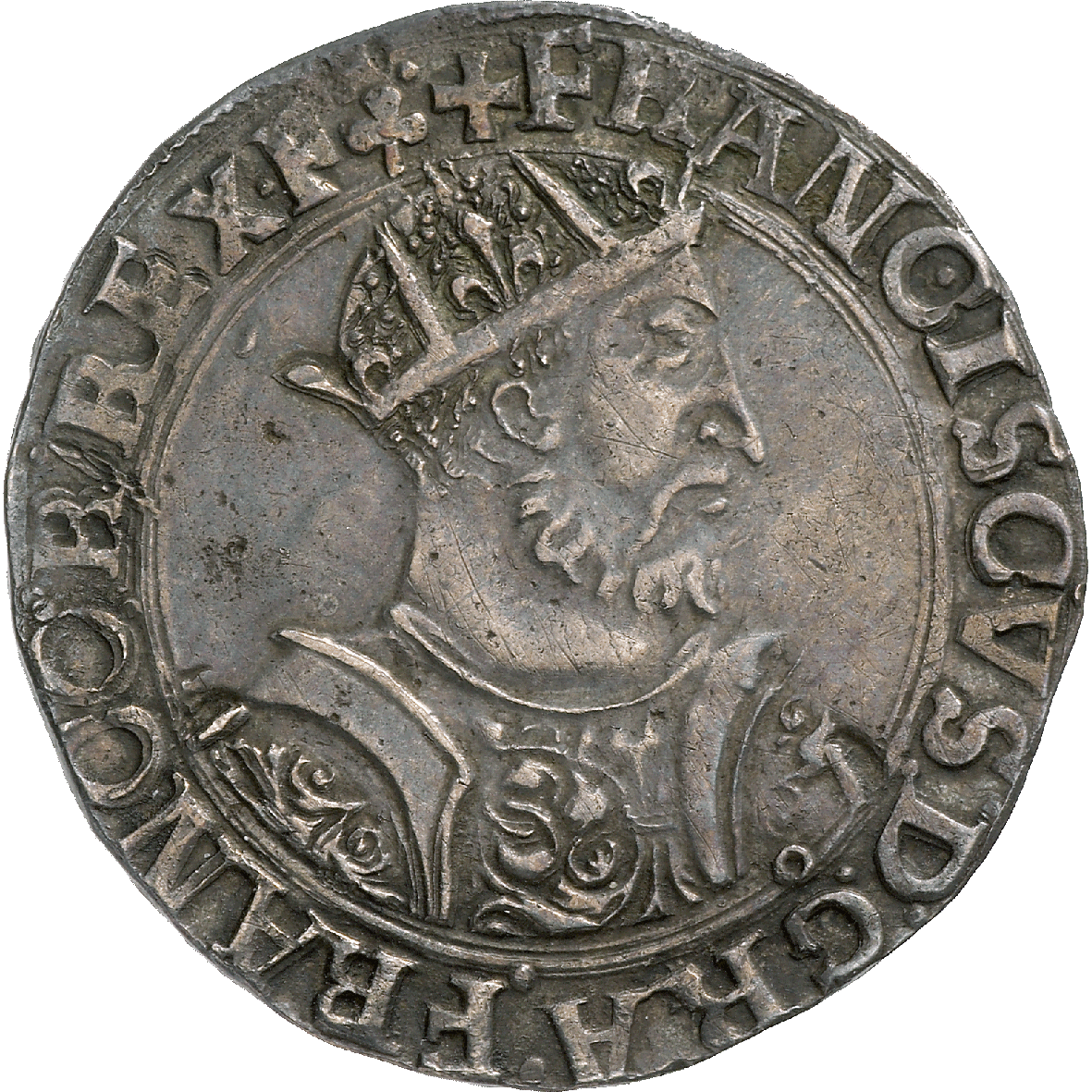 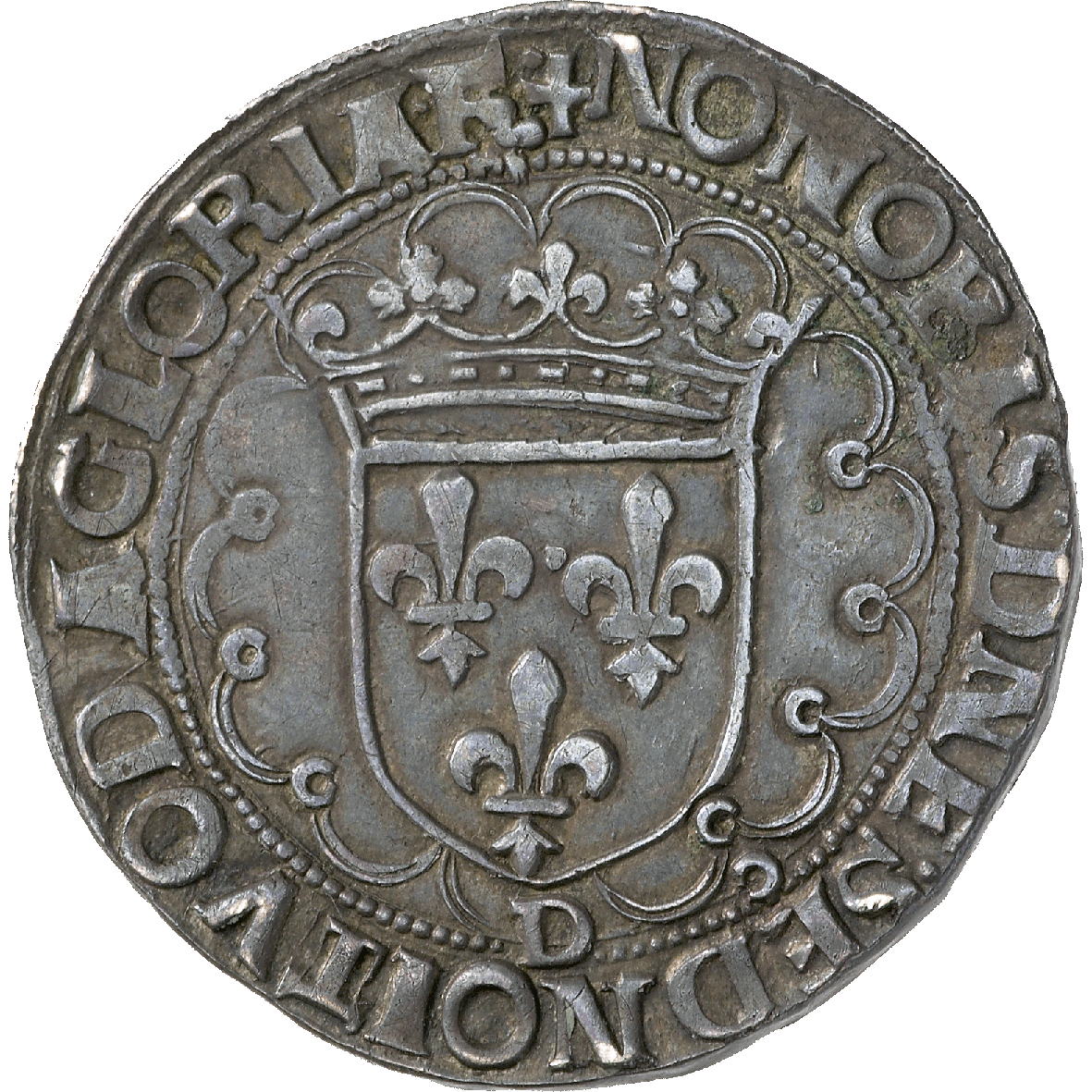 The obverse of this teston depicts the French King Francis I (1515-1547), who is considered to have been the first Renaissance monarch of France. The name "teston" derives from the Italian word "testa," meaning "head." This coin was the renaissance coin par excellence. During the reign of Francis, it had its boom years in France, and soon became the most commonly used silver coin in France. During the Renaissance, hair and beards became means to express individual self-representation. Men could be close-shaven if they wanted to, especially if they were young. A ruler at the pinnacle of his power, however, usually preferred to carefully shape his beard.