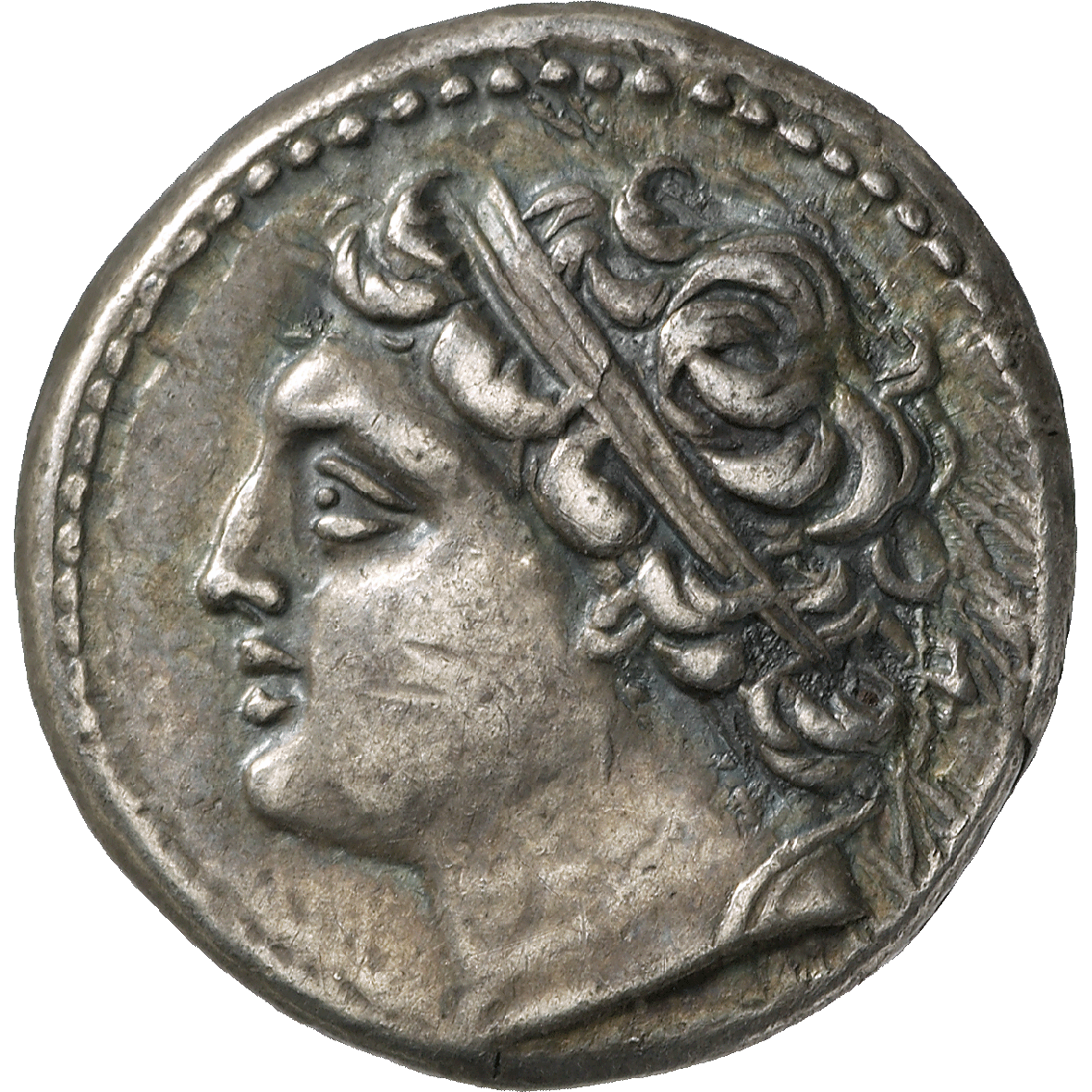 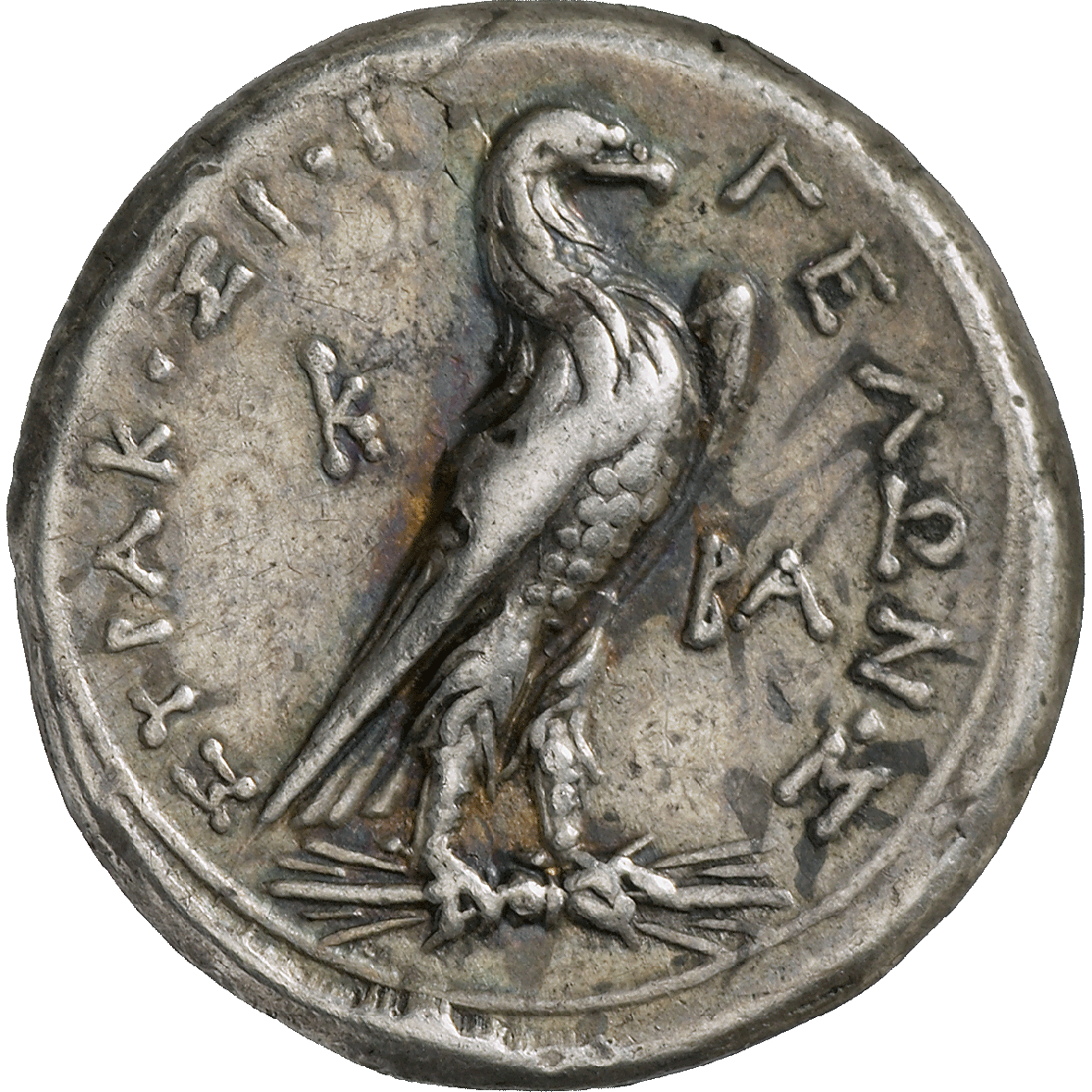 The coinage of King Hieron II of Syracuse (275-215 BC) tied up with Syracusan coinage tradition, but the images were now represented in modern Hellenistic style. Besides, Hieron adopted fashions from other contemporary coinages, notably those of Egypt. From there he took on the portrayal of members of the royal family. This four-litrae-coin depicts Hieron's son Gelon II, co-ruler with his father. The reverse shows a magnificent eagle sitting on a thunderbolt, both standing for Zeus, the father of gods.