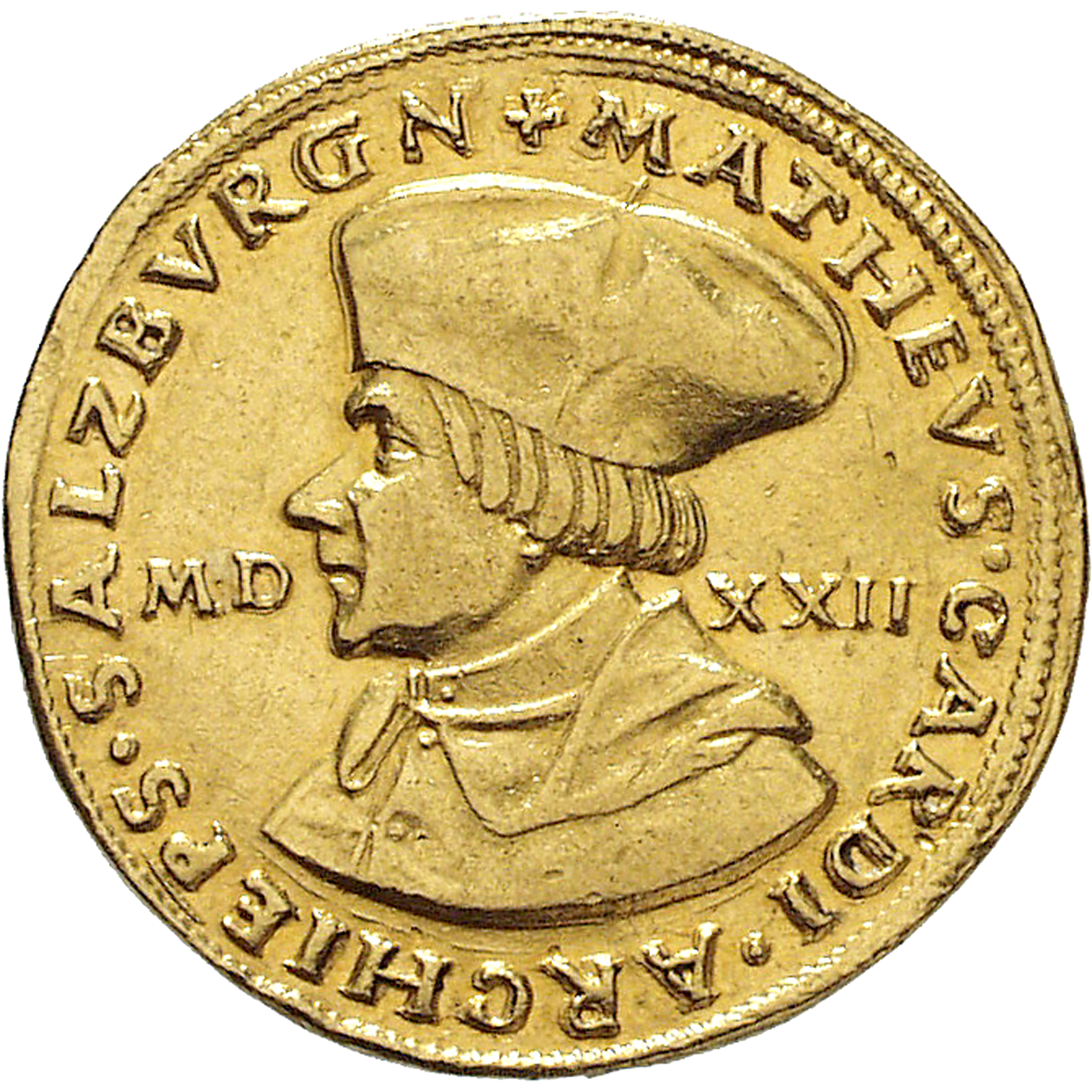 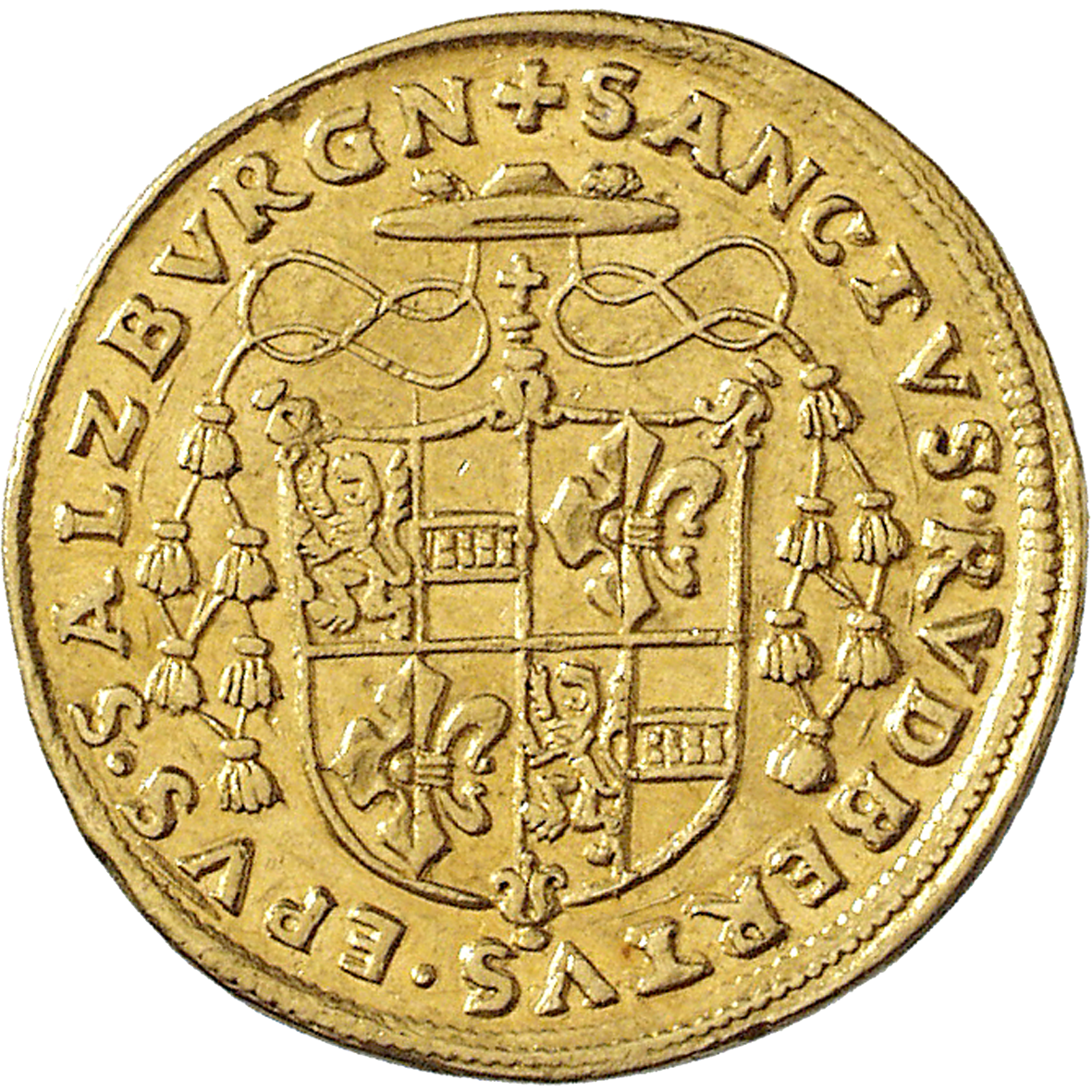 The minting of gold coins did never gain much importance in medieval Salzburg. During the first half of the 15th century, the Salzburg merchants paid for larger sums with Hungarian ducats. Later, the ductas were replaced by Rhenish gold guldens as trade money; the guldens kept their function as main currency until the late 16th century. But even so around 1500, the archbishop of Salzburg started to issue the first large silver coins, the guldiners, as well as gold coins. The new gold coinage included the two types already mentioned: ducats geared after the Hungarian coin standard, and the gulden of the Rhenish model. The archbishops of Salzburg always maintained an exemplary coinage. This ducat corresponds exactly to its Hungarian model. The obverse shows the bust of its mint authority, Archbishop Matthäus Lang of Wellenburg (1519-1540), while the reverse displays a shield with the blazon of the diocese and the archbishop's family coat of arms.