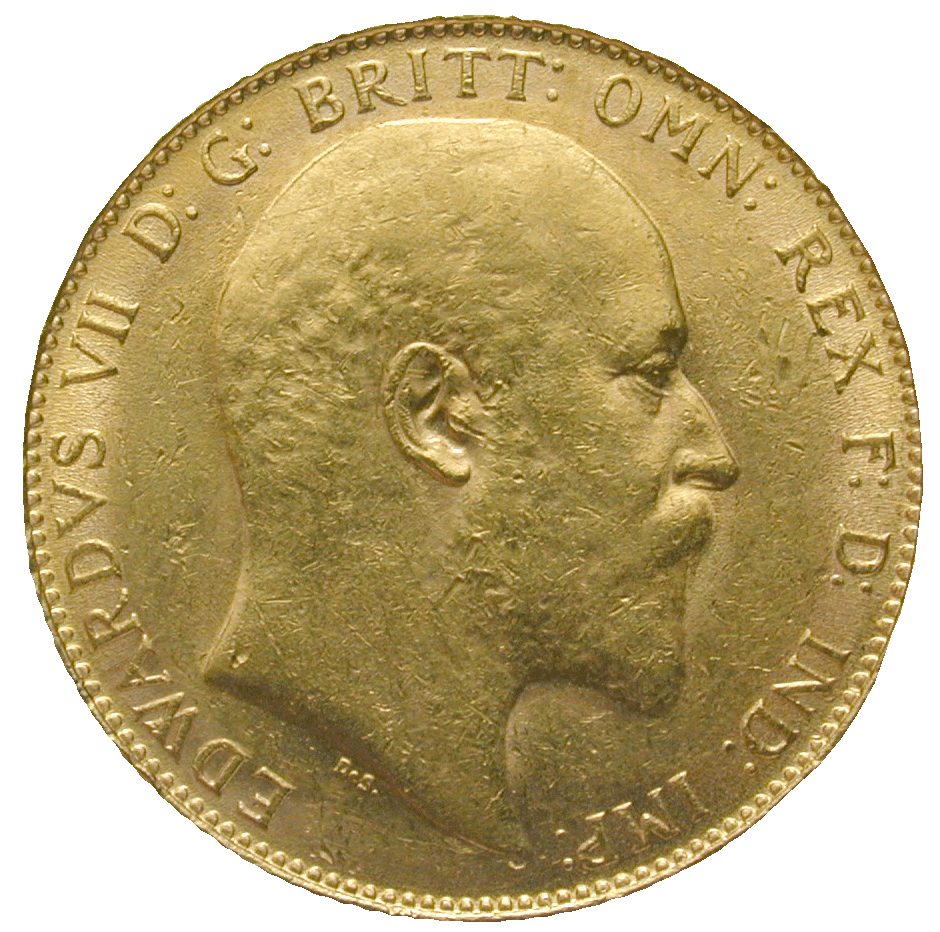 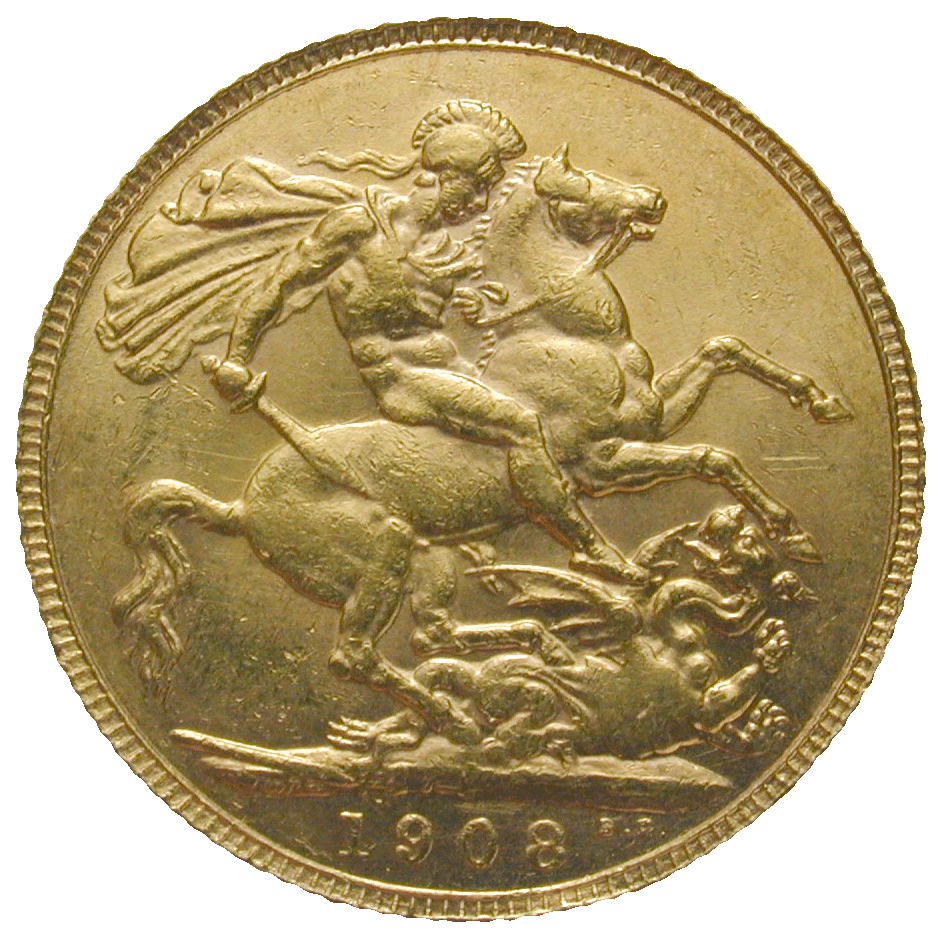 The sovereign was struck for the first time in the 15th century and named after the depiction of the ruler on the obverse. The reverse of the modern pieces shows the British national Saint George slaying the dragon. In the 19th century, the sovereign became the major gold coin of the British Empire. After gold finds on the Australian continent they were issued in Australia from 1855, and after 1908 they were also released in Canada, India and South Africa. Sovereigns are struck up to this day, although not as currency coins but as trade coins. After all, their gold content is much higher today than the value of the British pound.