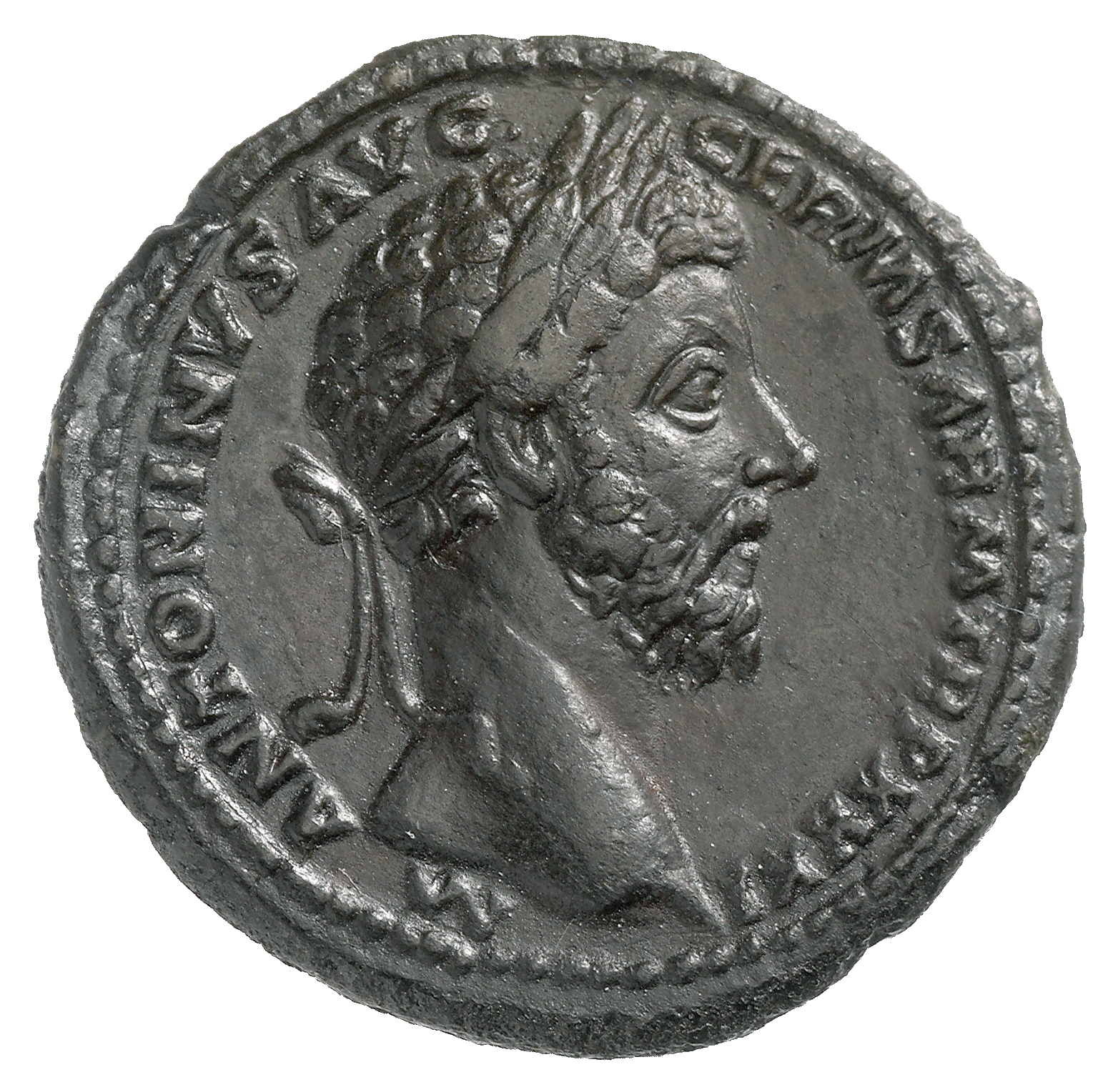 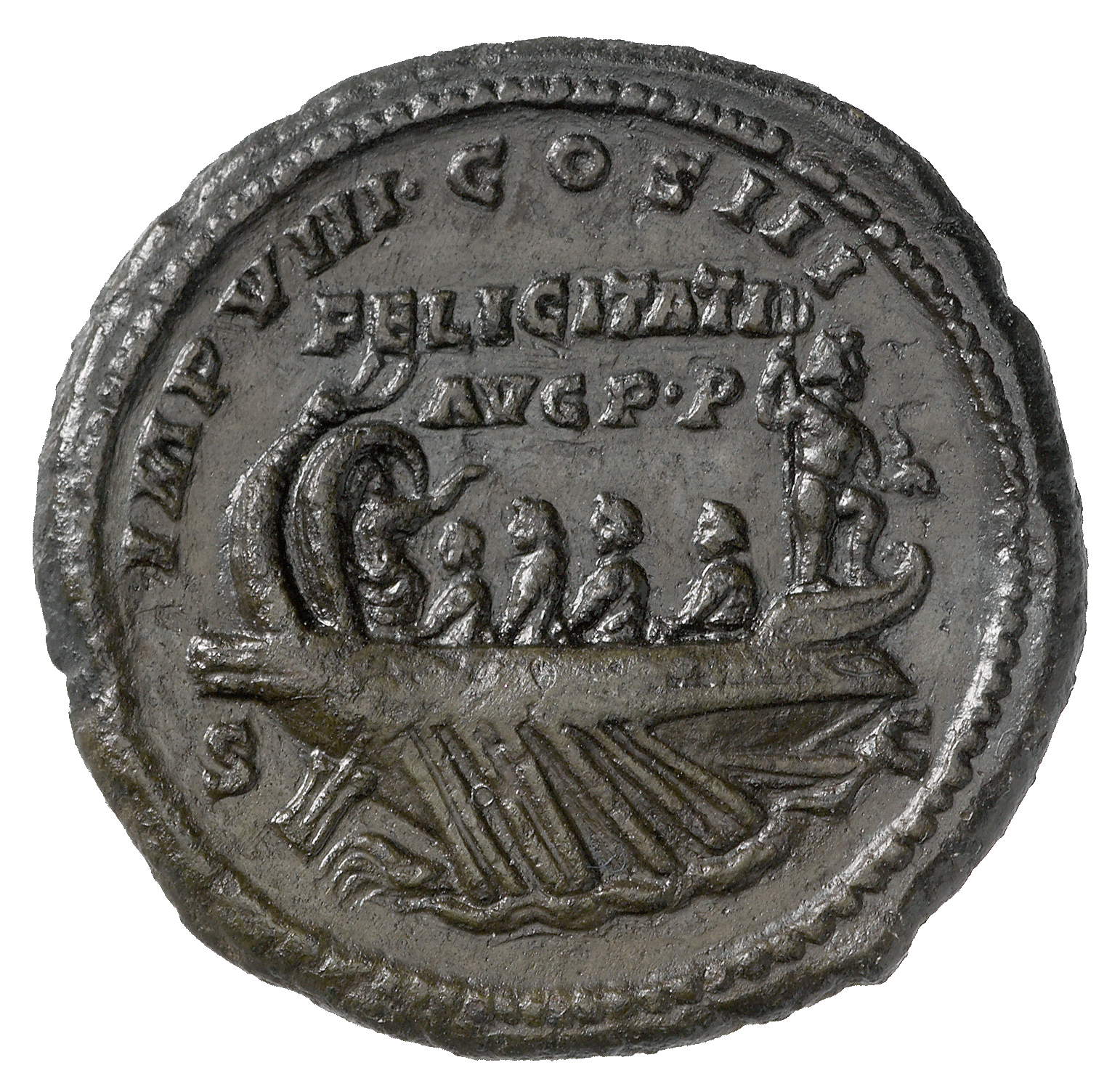 In the fall of 176, the Roman emperor Marcus Aurelius (161-180) returned to Rome from an inspection journey through the east of the empire. On the way he had a narrow escape in a shipwreck.

After his arrival in Italy, Aurelius had a series of bronze coins struck to pay tribute to the Roman 'ars navalis,' the art of shipbuilding and navigation. The reverse of this As shows a Roman galley; on its stern stands the god of the sea, Neptun, holding a trident and a dolphin.