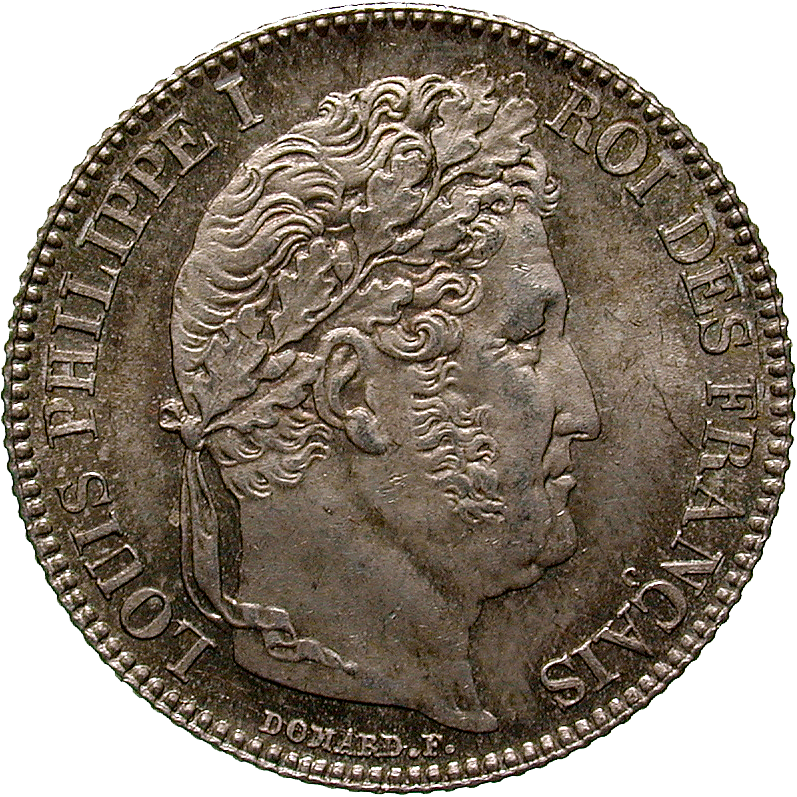 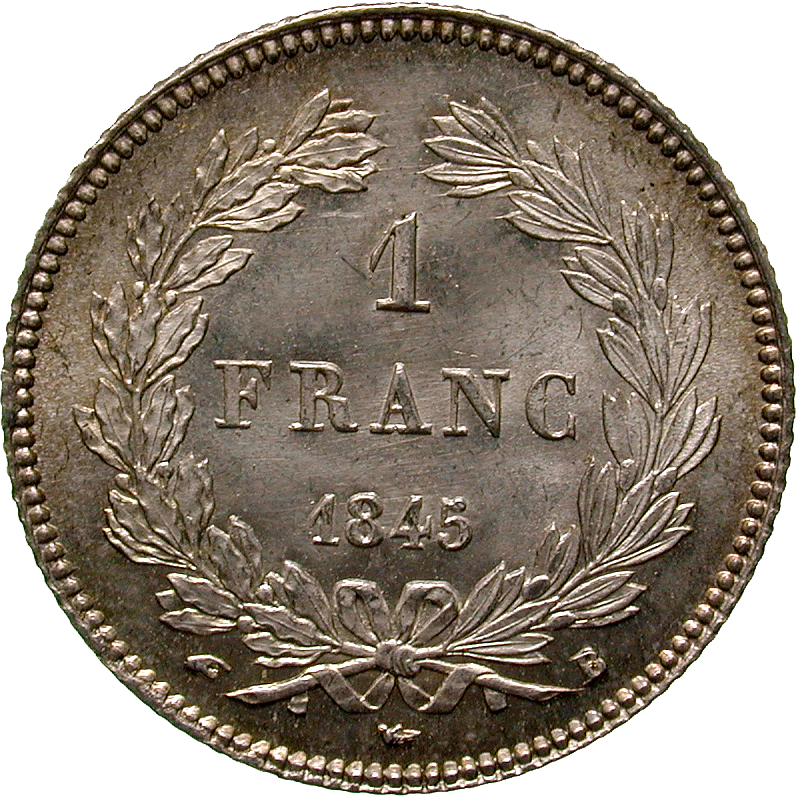 Louis Philippe of Orléans descended from a sideline of the Bourbon family that had reigned France until 1830. After the revolution in July 1830, he was made king (until 1848) because he was met with broad approval for of his liberal sympathies. He ascended to the throne as the "Philippe Égalité" and tried to be as popular and progressive as possible. The currency system, introduced after the French Revolution of 1789 – 1 franc at 100 centimes – had been kept. Our 1-franc-piece shows Louis Philippe portrayed by the royal engraver Joseph-François Domard.