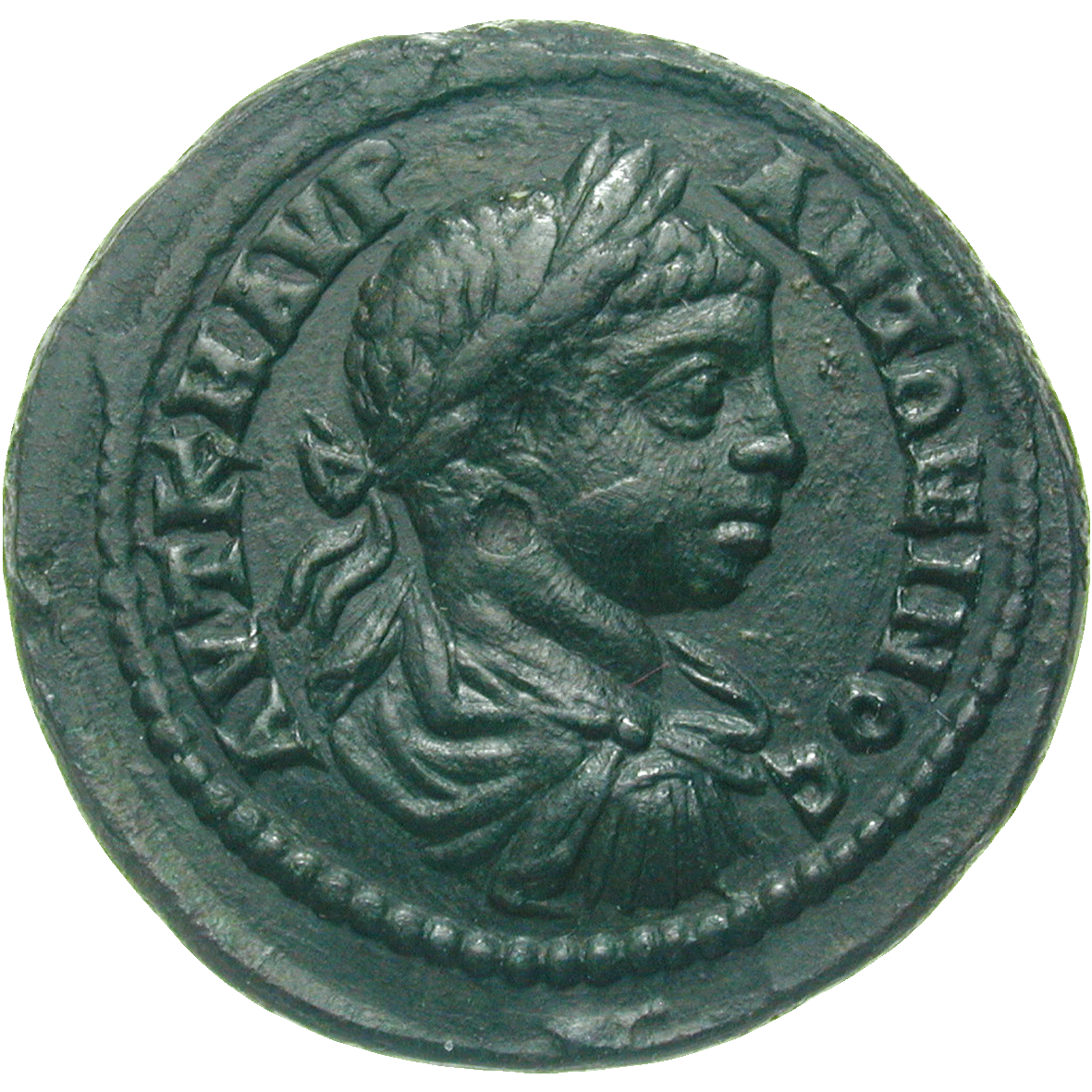 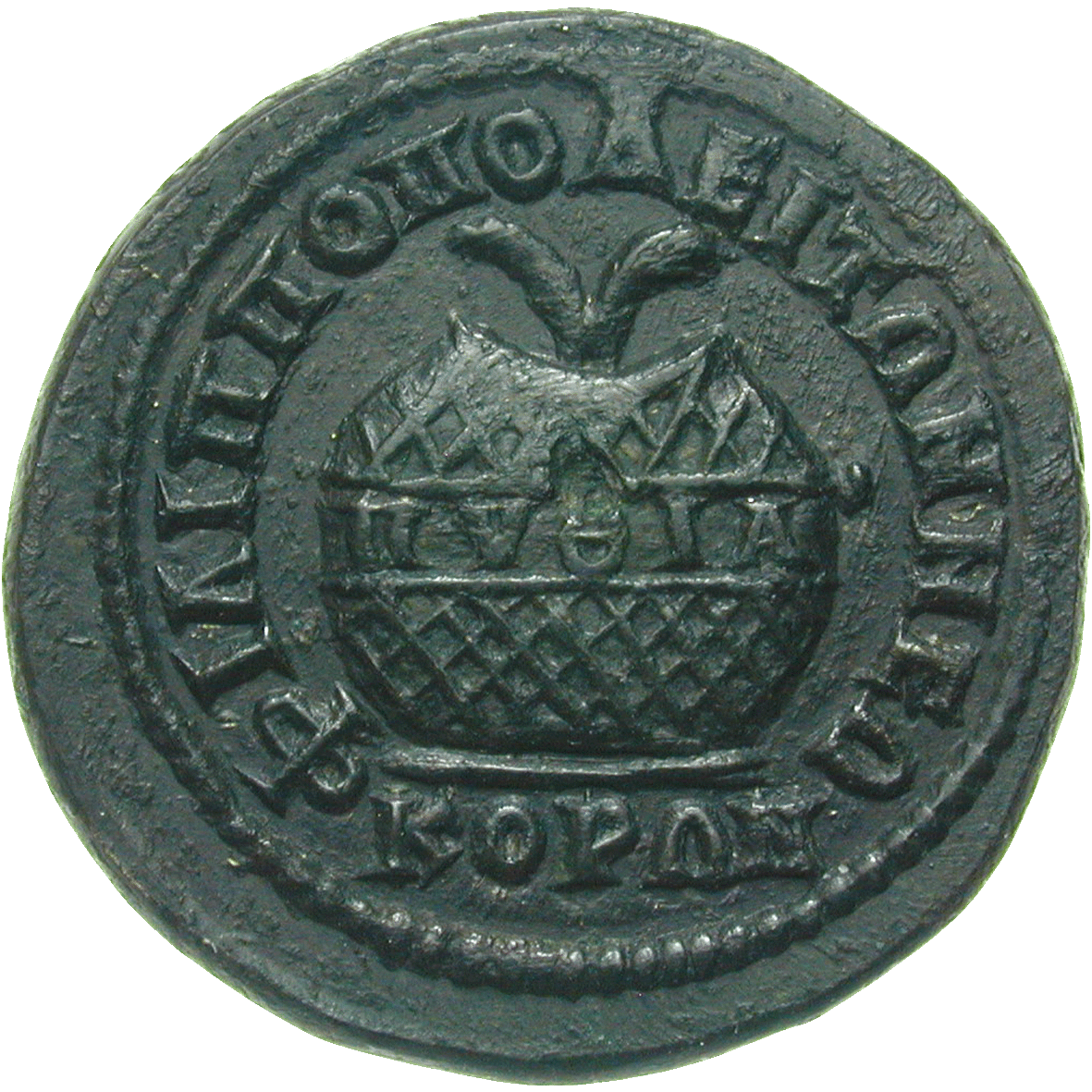 When Elagabalus became emperor of Rome, the Romans had already seen several provincials sitting on the imperial throne. They had all been proven military officers, however, or at least had been raised in Roman tradition. Yet now the world empire was ruled by a 14-year-old youth from Syria who saw himself as priest of an oriental sun god.

During his four years of reign Elagabalus made himself so unpopular that he eventually became completely isolated. He was murdered by mutinous soldiers.

This coin of Elagabalus was minted in Philippopolis in Thrace. It depicts the emperor with soft, childlike features. On the reverse is a price-crown, the winner's cup of that time. The inscription PYTHIA refers to a contest held in Philippopolis in honor oft he god Apollo.