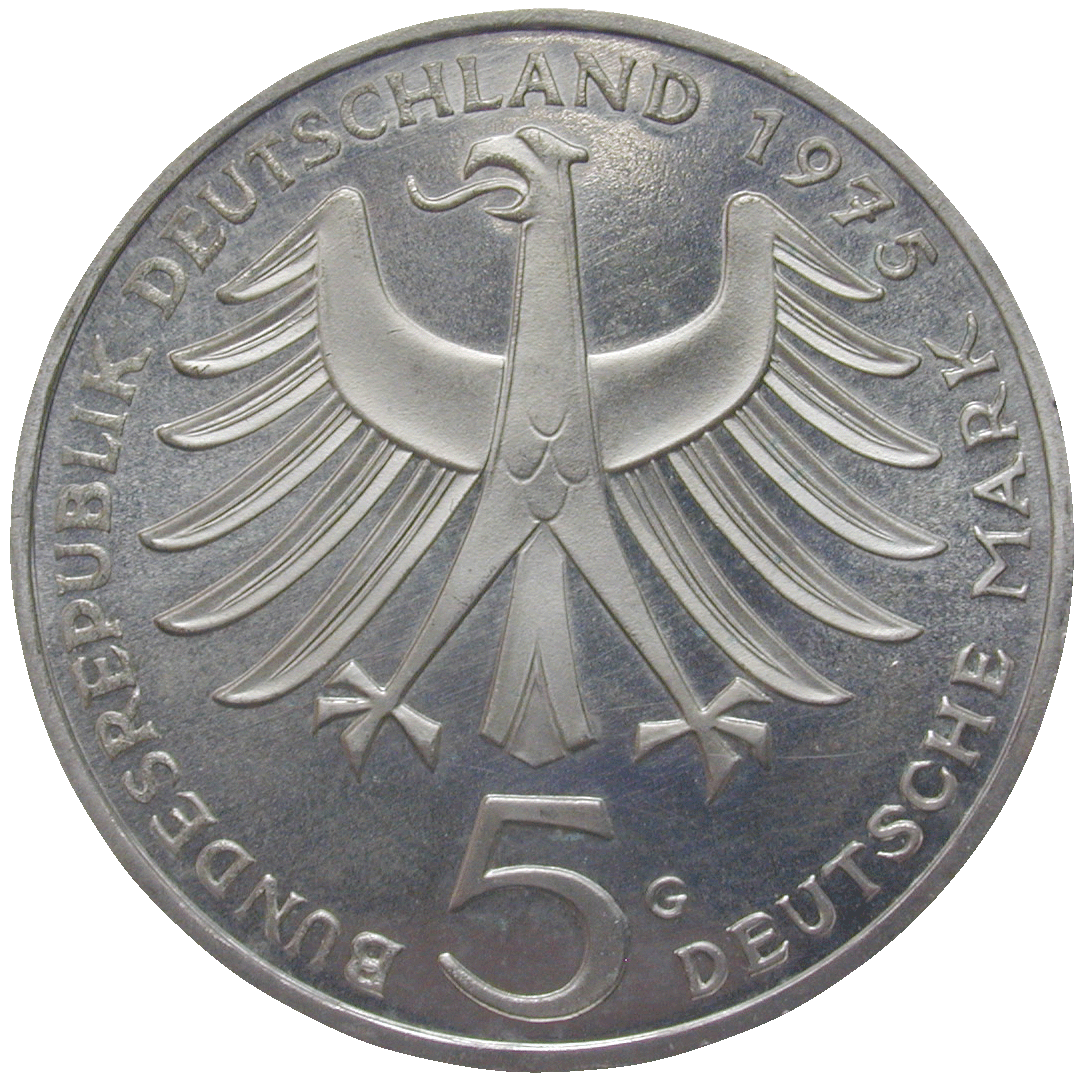 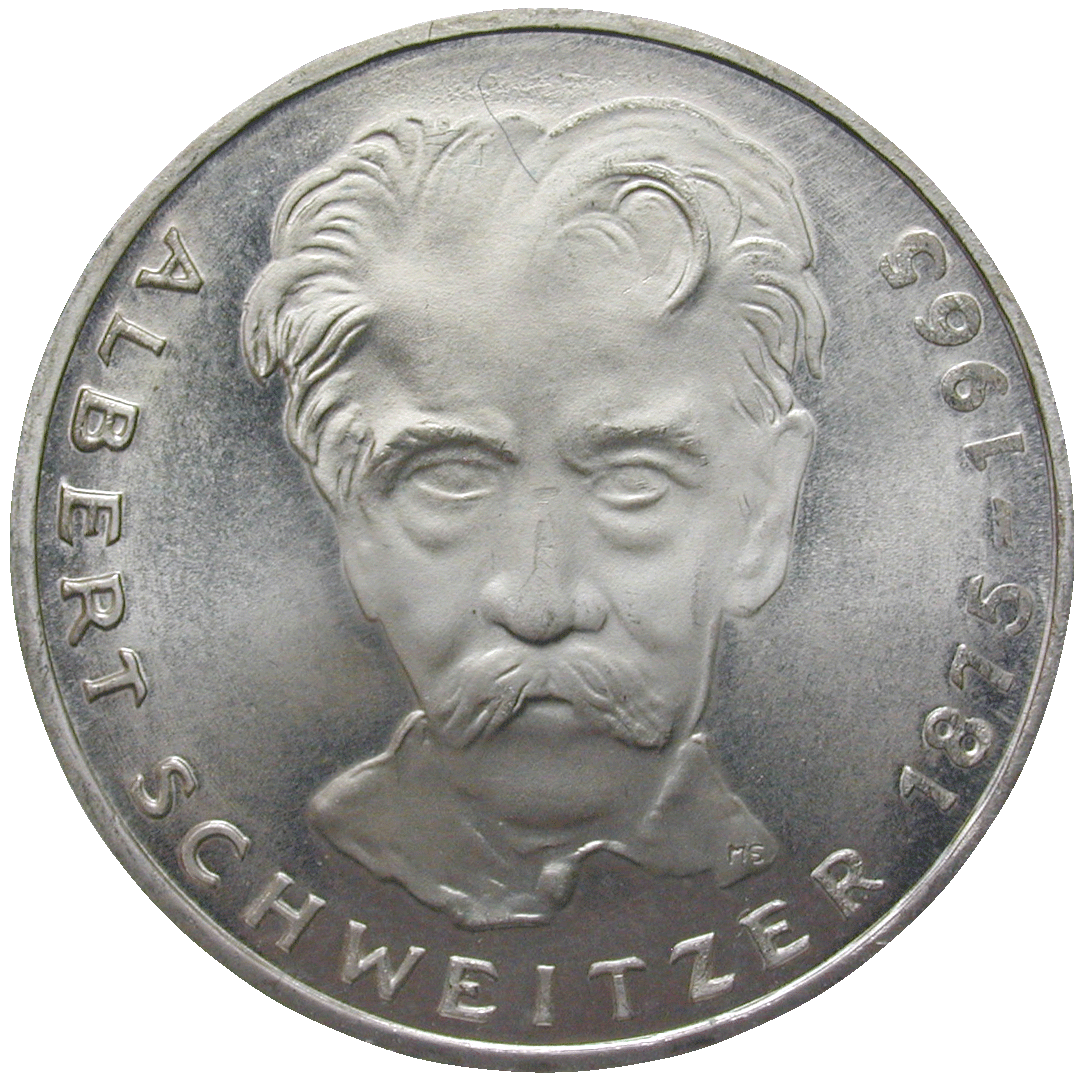 From 1953, the Federal Republic of Germany issued commemoration coins almost every year. In 1975, however, no less than three commemoration coins were issued. One was on the occasion of the 50th death anniversary of Friedrich Ebert, another for the European year of monument protection, and the third to celebrate the 100th birthday of Albert Schweitzer. This coin is in honor of Albert Schweitzer (*1875, † 1965, a philosopher, musical scientist, theologian and physician. For his philosophical work "Reverence for Life" he received the Nobel Peace Prize in 1952. This reverence he first and foremost exercised himself – most impressively in his Albert Schweitzer Hospital in the Central African town of Lambaréné.