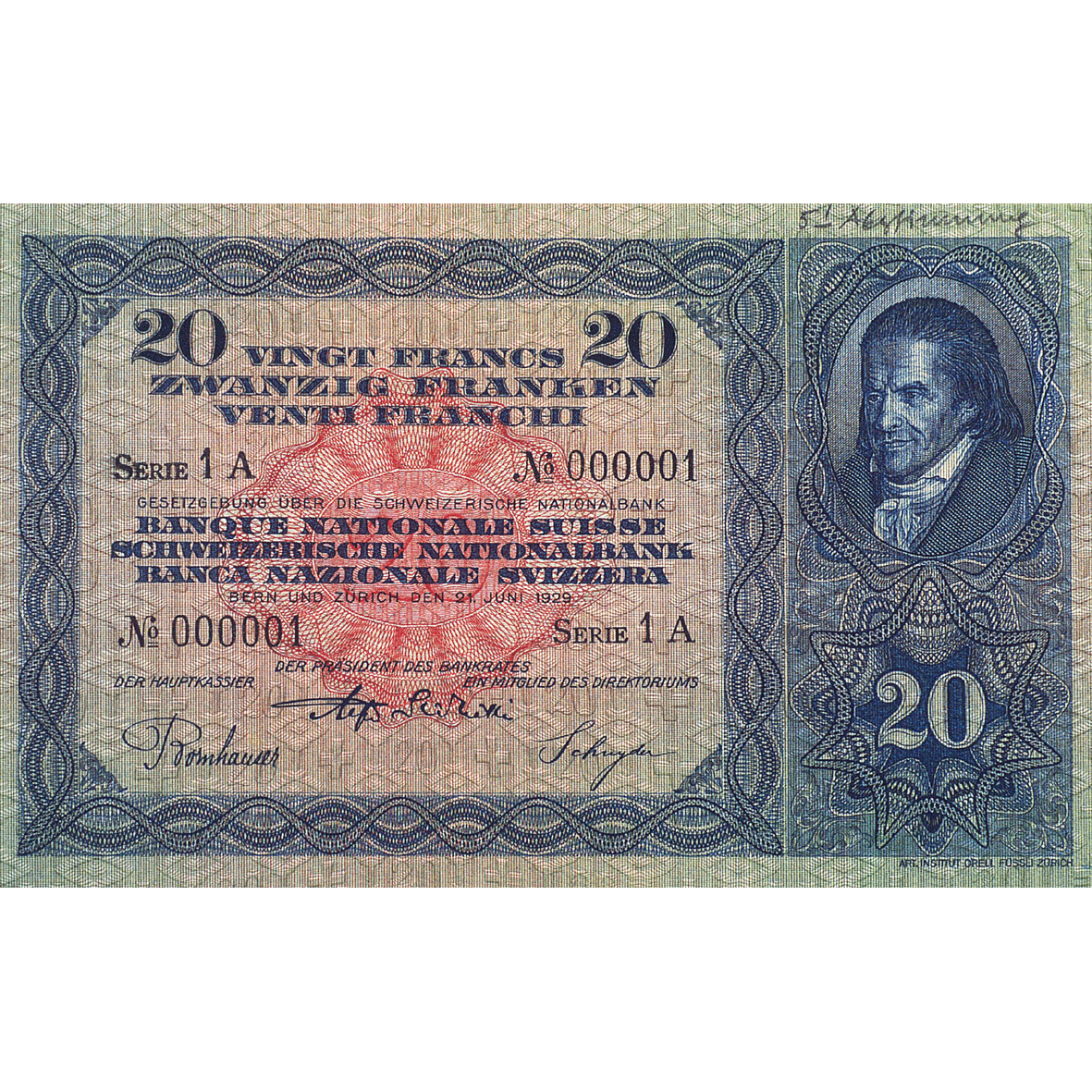 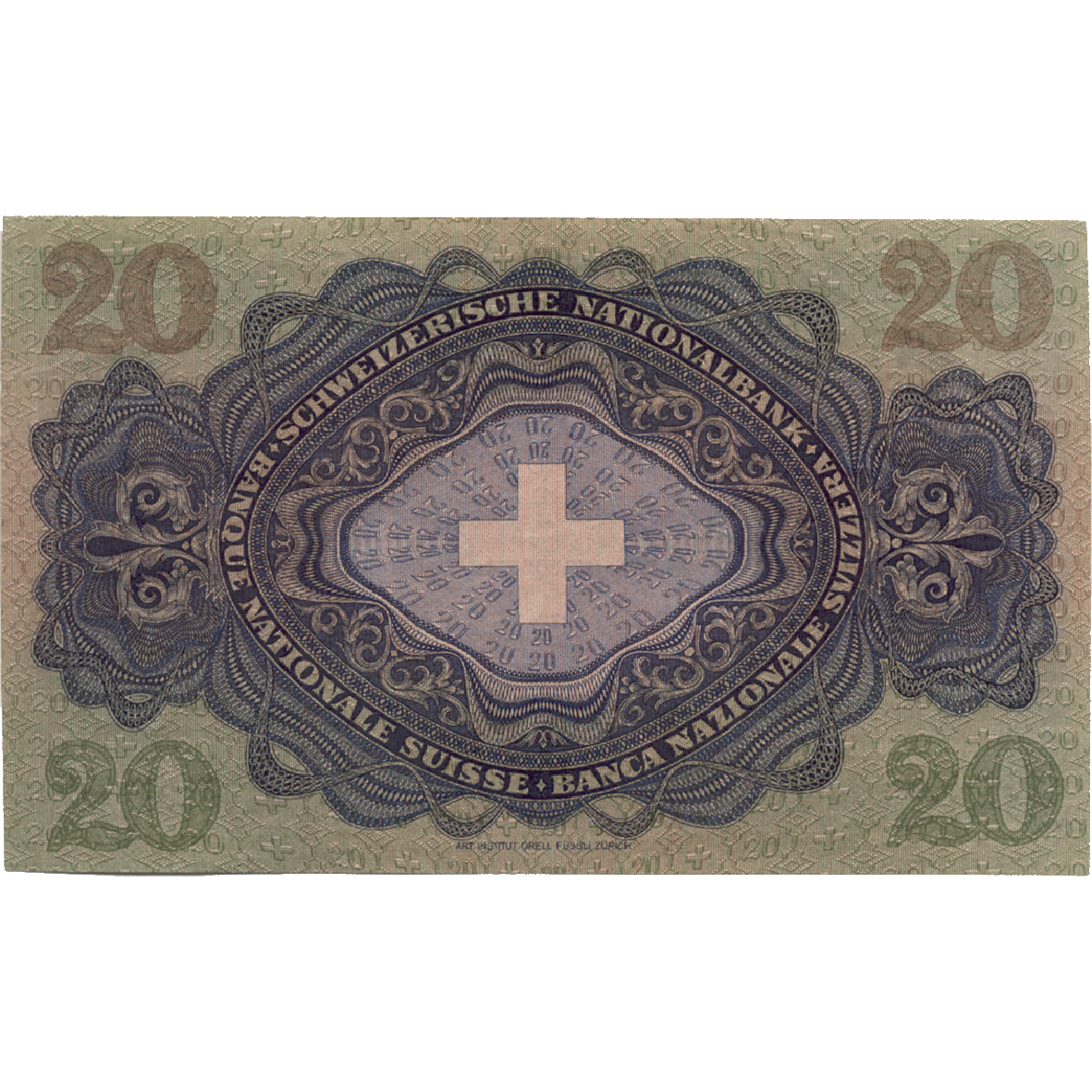 The first Swiss banknote worth 20 francs was issued at the dawn of World War I in 1914. On the front, it shows a peasant girl (the "Vreneli") in a medallion. The 20-franc banknote was planed as a temporary denomination only; its back thus was modestly decorated. However, the success of the 20-franc notes required rethinking; they have been in circulation ever since. In 1930, new 20-franc notes were issued. They differed slightly from the rest of the series: with the well-known educator Johann Heinrich Pestalozzi (*1746, †1827) from Zurich, they for the first time depicted a historical person.