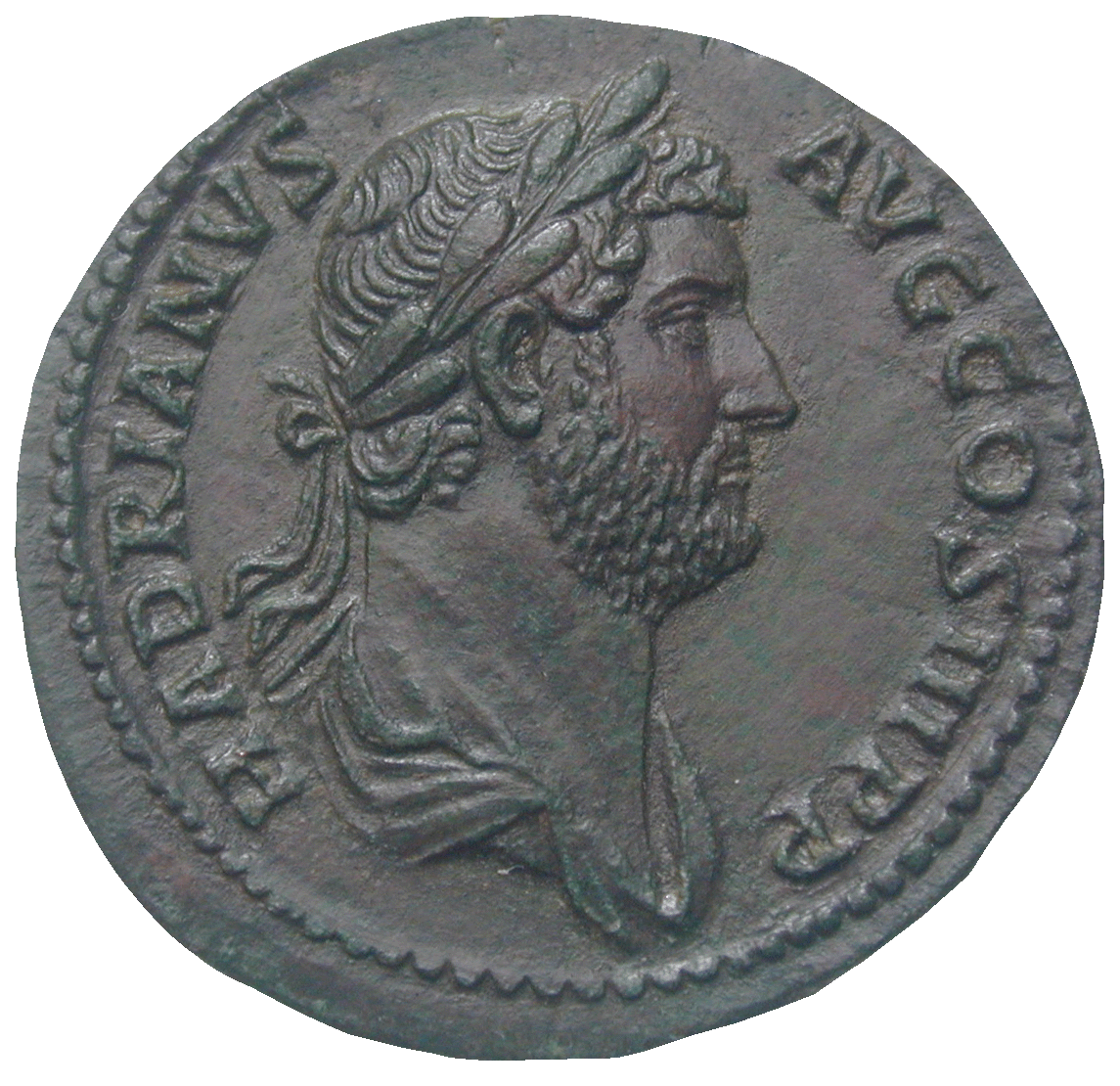 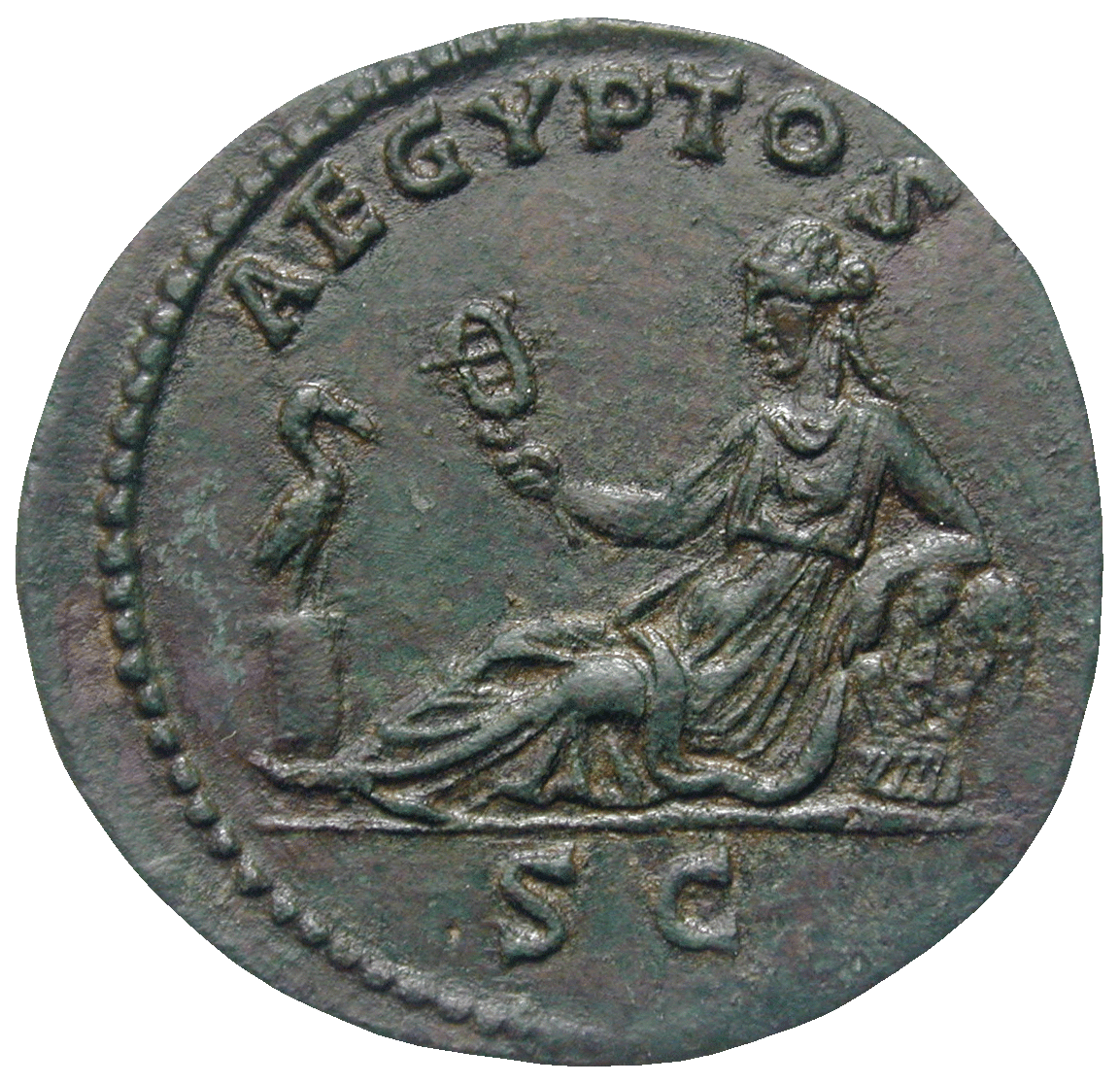 The Roman emperor Hadrian (118-138) was very interested in the Roman provinces. He issued several coin series that featured the provinces in the form of personifications.

This coin is dedicated to Egypt, known in Antiquity for the cult of the powerful goddess Isis and its enormous production of grain. The personification of Egypt is consequently depicted with a sistrum, an instrument important in the cult of Isis, and a basket filled with corn. Opposite her sits a ibis, an animal connected with the Egyptian god Thoth.