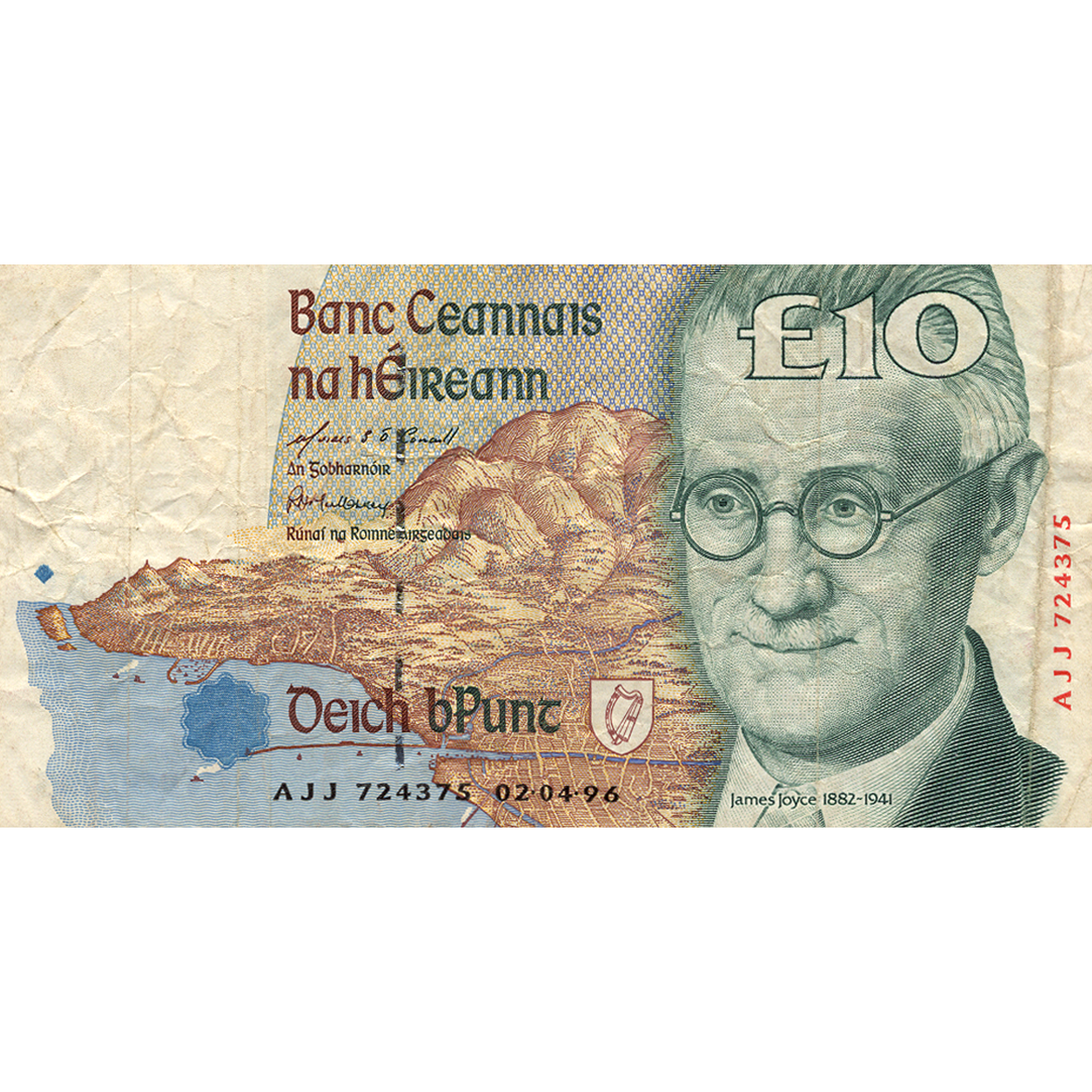 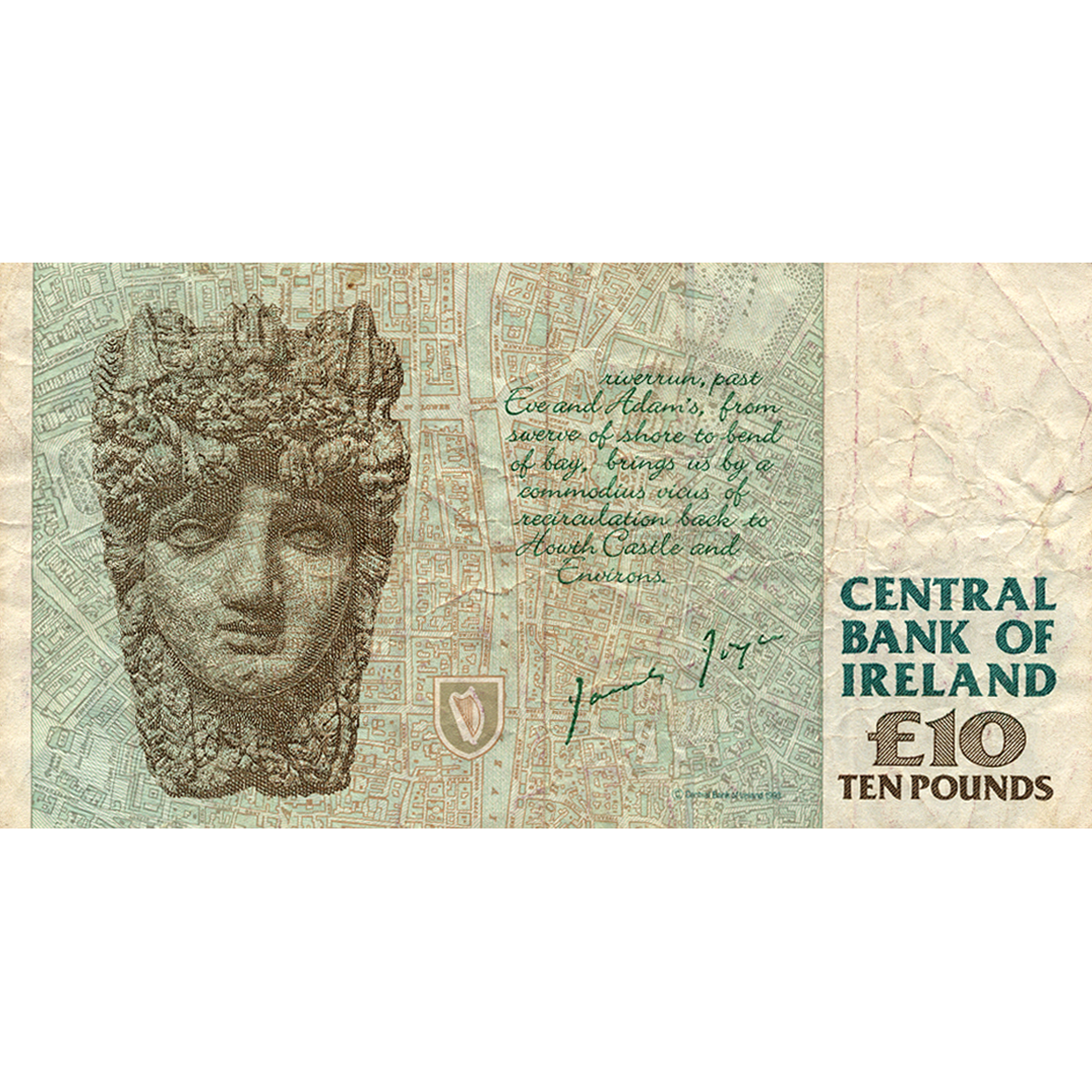 The Irish £10 note was first issued in September 1993 and last in 2000. The obverse features James Joyce – probably the most celebrated author of the 20th century, and the least actually read from cover to cover. The background features Dublin and Wicklow, particularily Dublin Bay.

The reverse of the note shows one of the fourteen heads on the Custom House, Dublin by Edward Smyth. It is the head of the Greek hero Ulysses. A 19th century map and text passage of "Finnegans Wake" are also depicted.