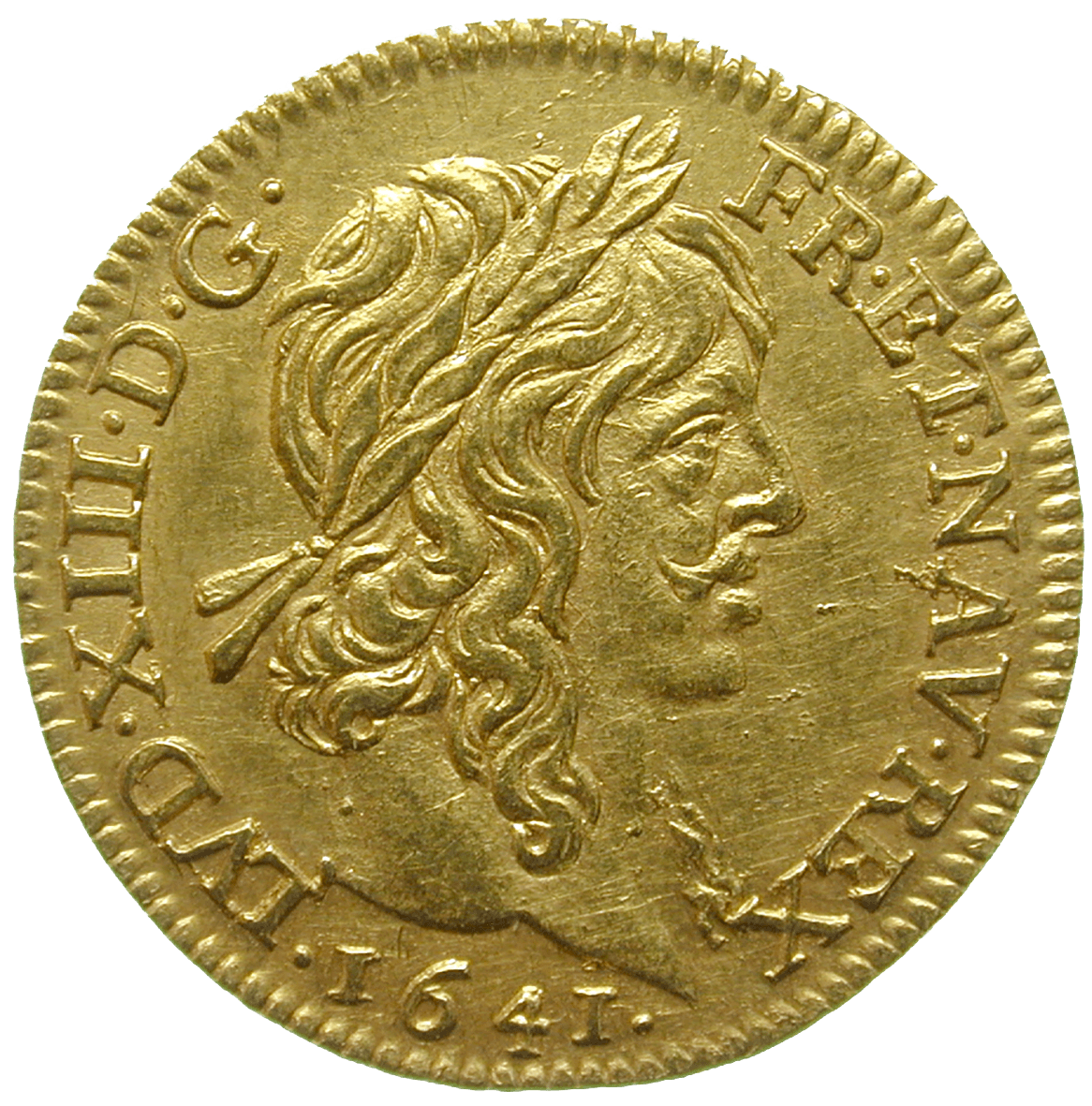 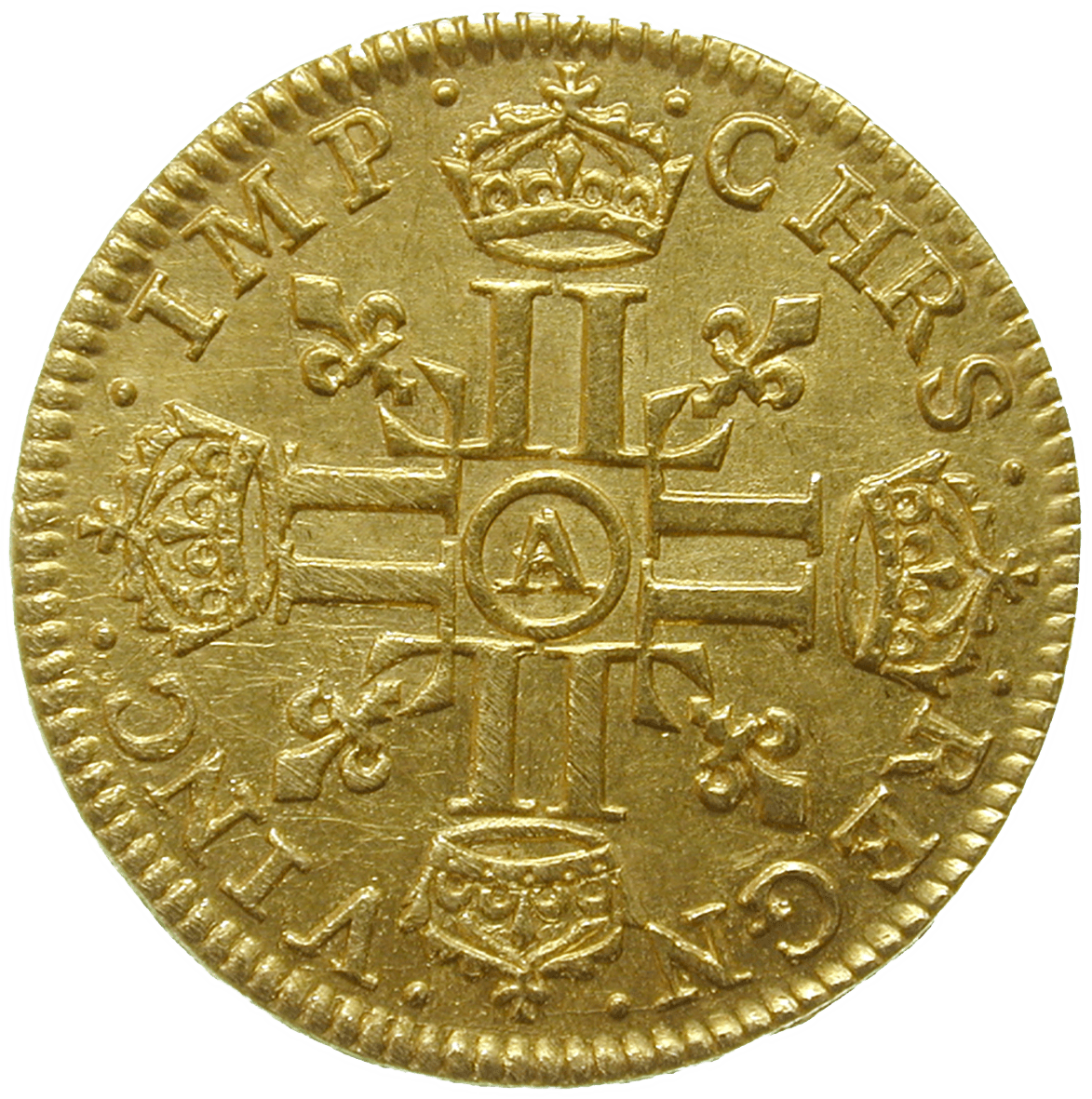 In the summer of 1640 an extensive monetary reform was conducted in France. Among other arrangements new denominations were introduced: The louis d'or at a value of 10 livres, as well as it's subdivisions and multiples. The louis d'or-coins depicted King Louis XIII (1610-1643) "à l'antique," in the antique style, wearing a laurel wreath. On the reverse eight "L" formed a cross that was embellished by four crowns and four lilies. The center bore the distinguishing letter of the mint – in the case of our half louis d'or it is an "A" for Paris. This coin belonged to the first emission of 1641.