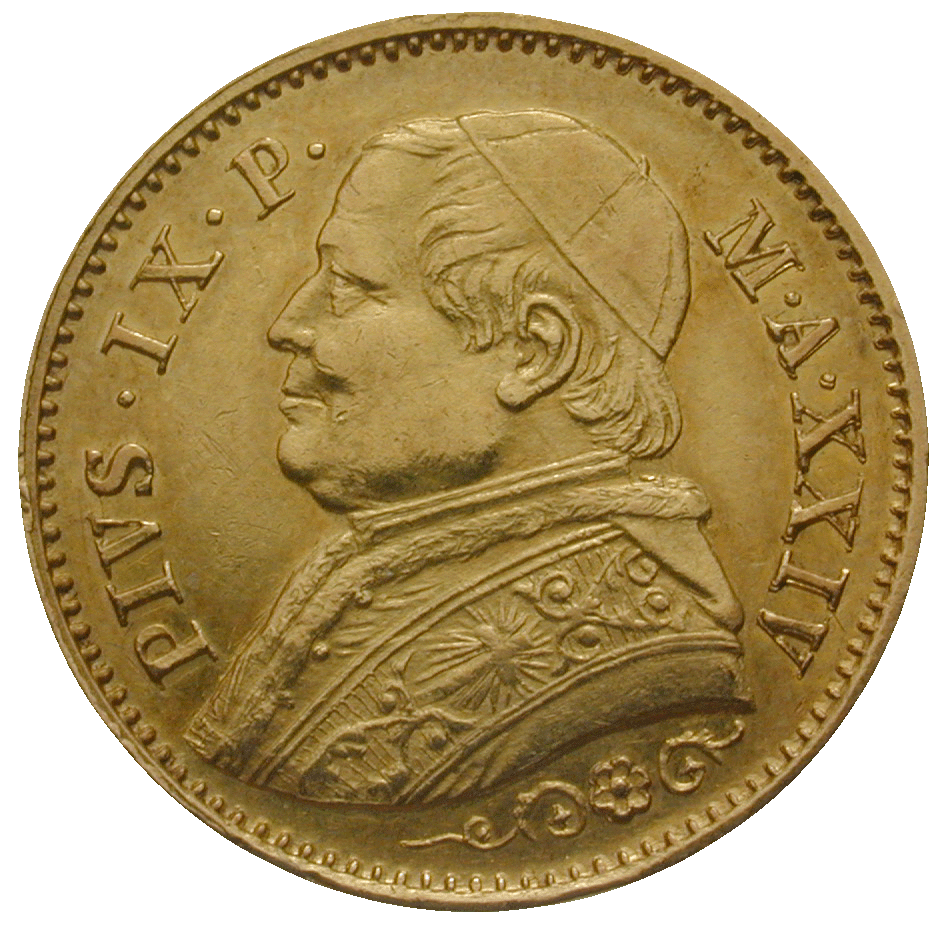 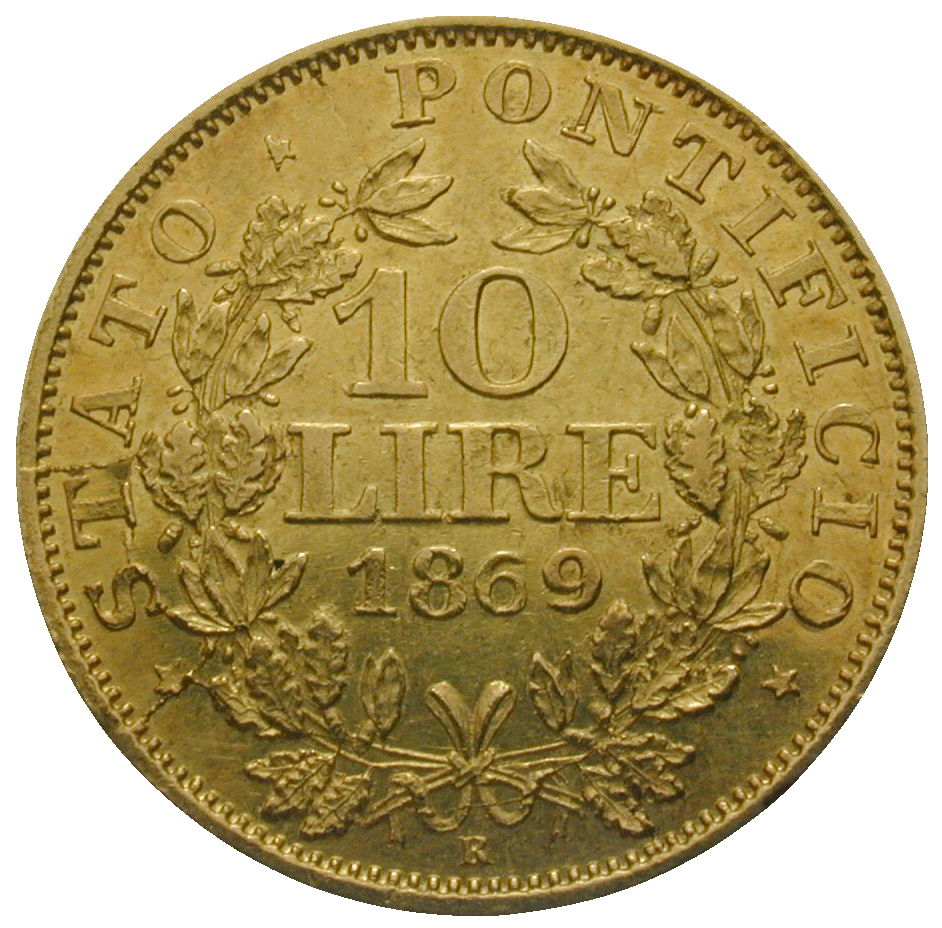 In 1870, Italian troops occupied and dissolved the Papal States. This coin from the year of 1869 is therefore one of the pieces last issued in the name of the Pope as head of the Papal States. Sixty years later, in 1929, the State of the Vatican City was created, in which the Popes had again the right to issue coins (a privilege that they use up to this day). Until 1866, the Popes had scudi minted, a denomination issued by diverse Italian coin authorities since the 14th century. That year, however, Pope Pius IX (1846-1878), whom we see on this gold piece, introduced the Vatican lira. It was linked to the Italian lira and, like the latter, subdivided into 100 centesimi. Since both currencies were at par, the Italian lira was used as legal tender in the Papal States and later in Vatican City, and vice versa. Additionally, the Vatican lira was legal tender in San Marino.