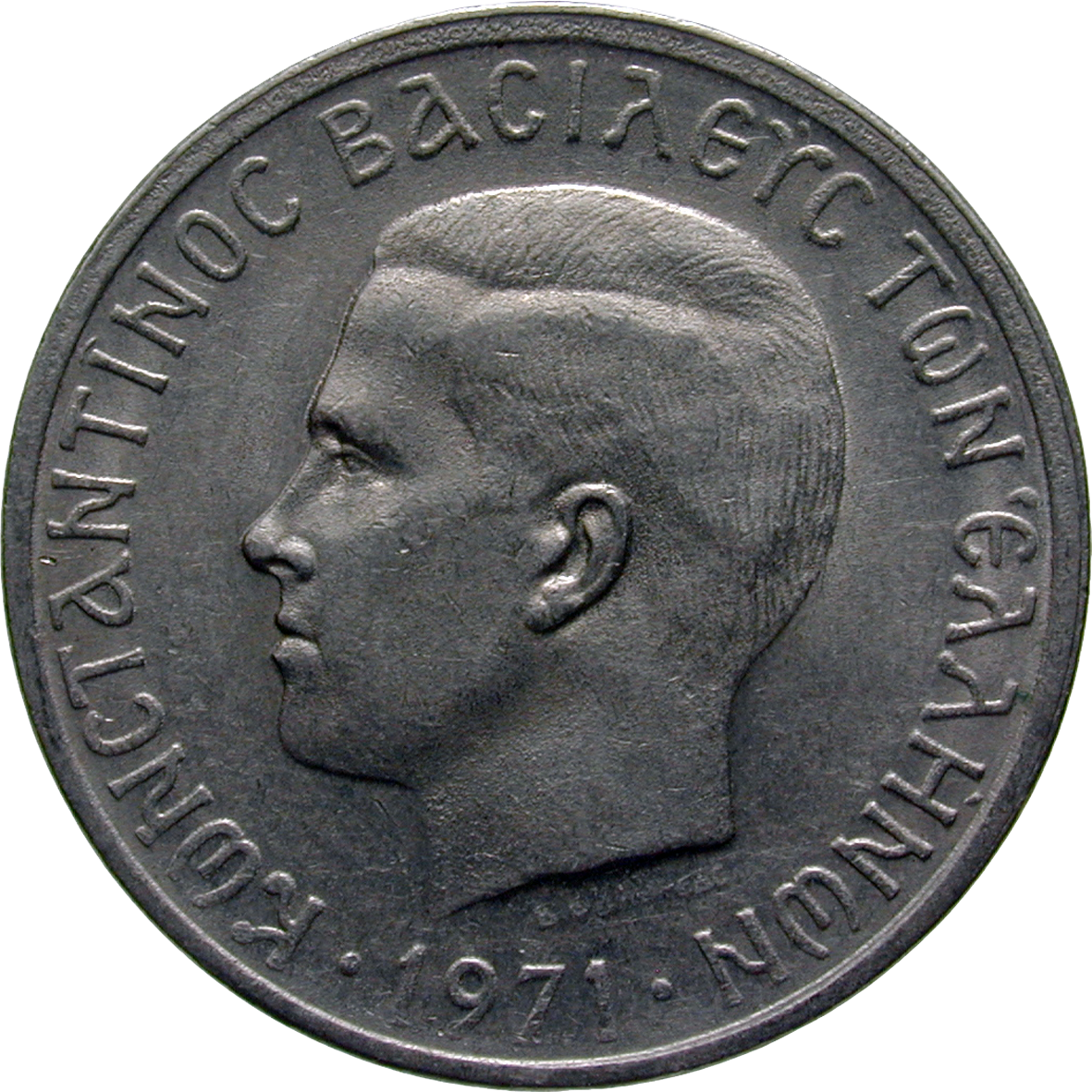 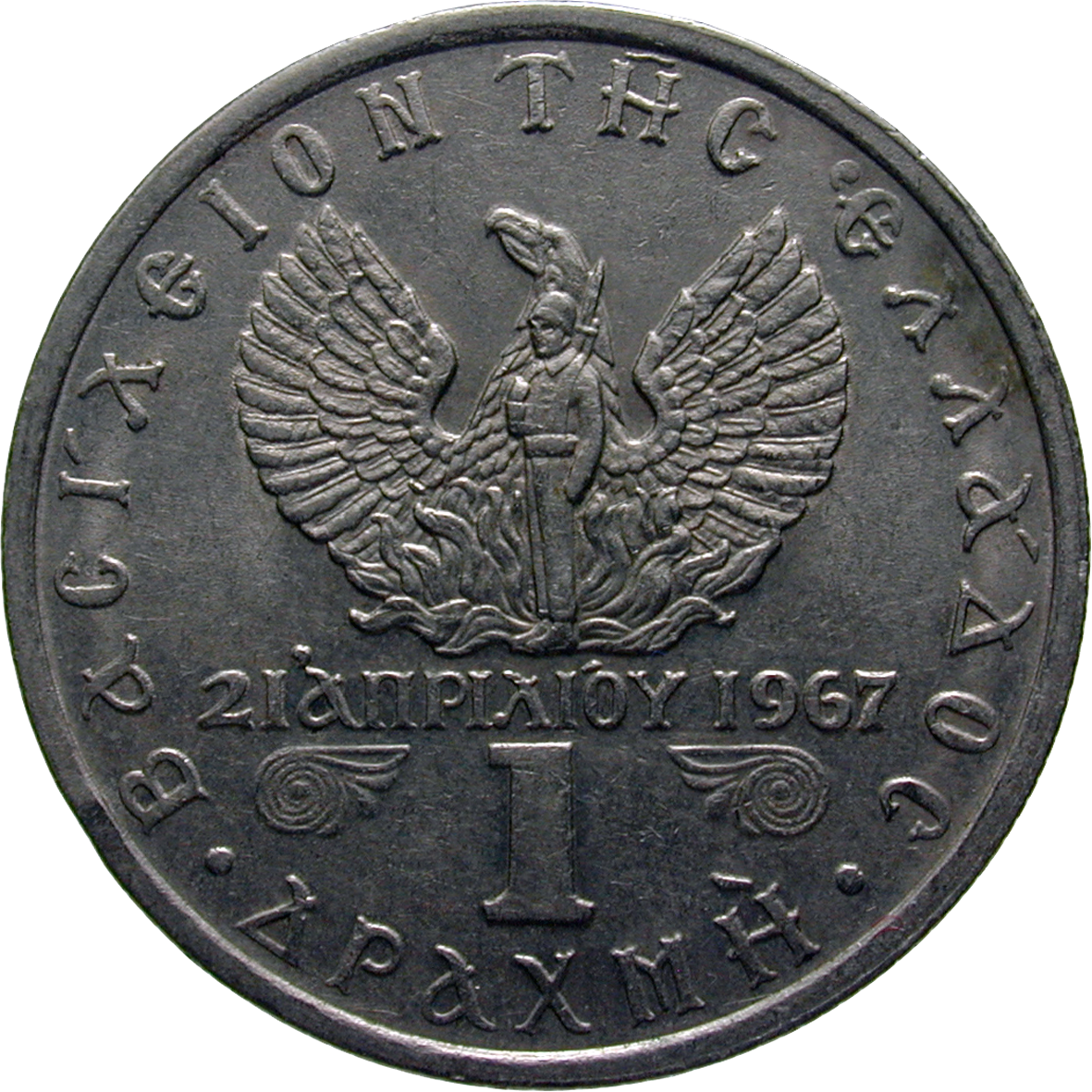 Greece, the motherland of the democracy, was until the 1970s a kingdom. It was created in 1832 by Great Britain, France and Russia, and its kings were not Greek but German: Constantine II, depicted on this coin, descended from a line of the House Oldenburg, a very successful dynasty that not only sat on the Greek throne, but also supplied the kings of Denmark, Norway and Sweden as well as the Russian tsars, and besides ruled over Schleswig and Holstein.

Constantine II was the last king of Greece. He was swept from his throne by a military coup in 1967 and left Greece without abdication. In 1973 the military junta abolished the monarchy after a referendum. Constantine, however, regards himself as King of Greece up to this day.