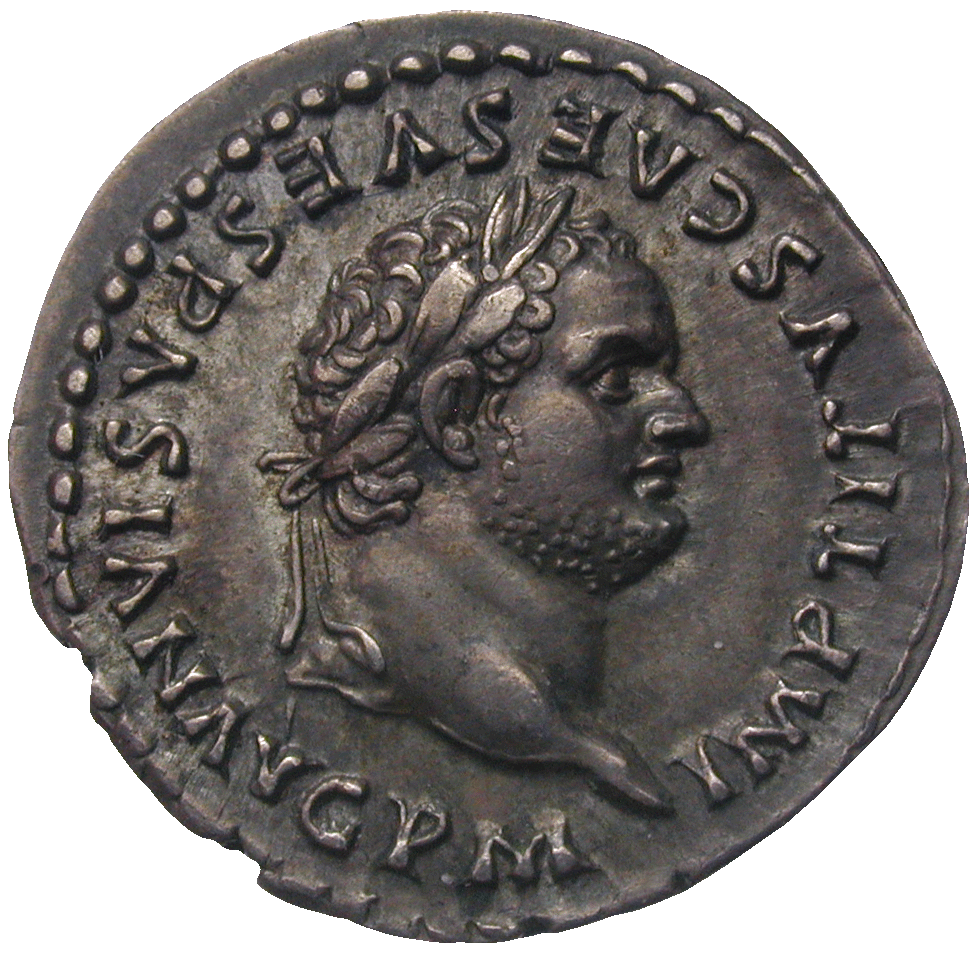 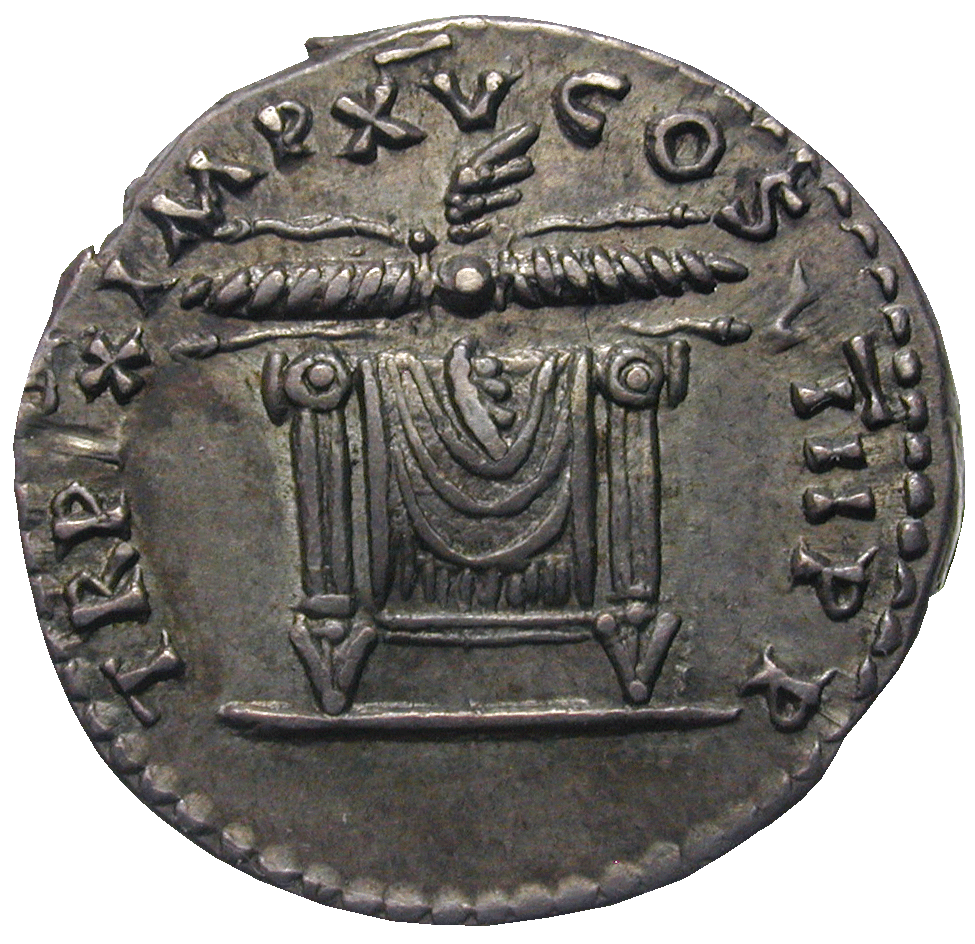 The reign of the Roman emperor Titus (79-81 AD) began inauspiciously. Shortly after he ascended to the throne, Mount Vesuvius erupted and wiped out the cities of Pompeii and Herculaneum. Titus immediately took supporting actions: food for the people, money for redevelopment, and the attempt of reconciliation of the gods. For the eruption of the volcano was seen as a sign of divine disgrace.

The Roman way to appease the gods was a 'lectisternium,' a ritual meal for the gods. A table was set and a meal held, which each official Roman god joined symbolically. Every goddess and god had a throne on the table that was furnished with the respective gods symbol. This coin shows the throne of Jupiter with a thunderbolt.