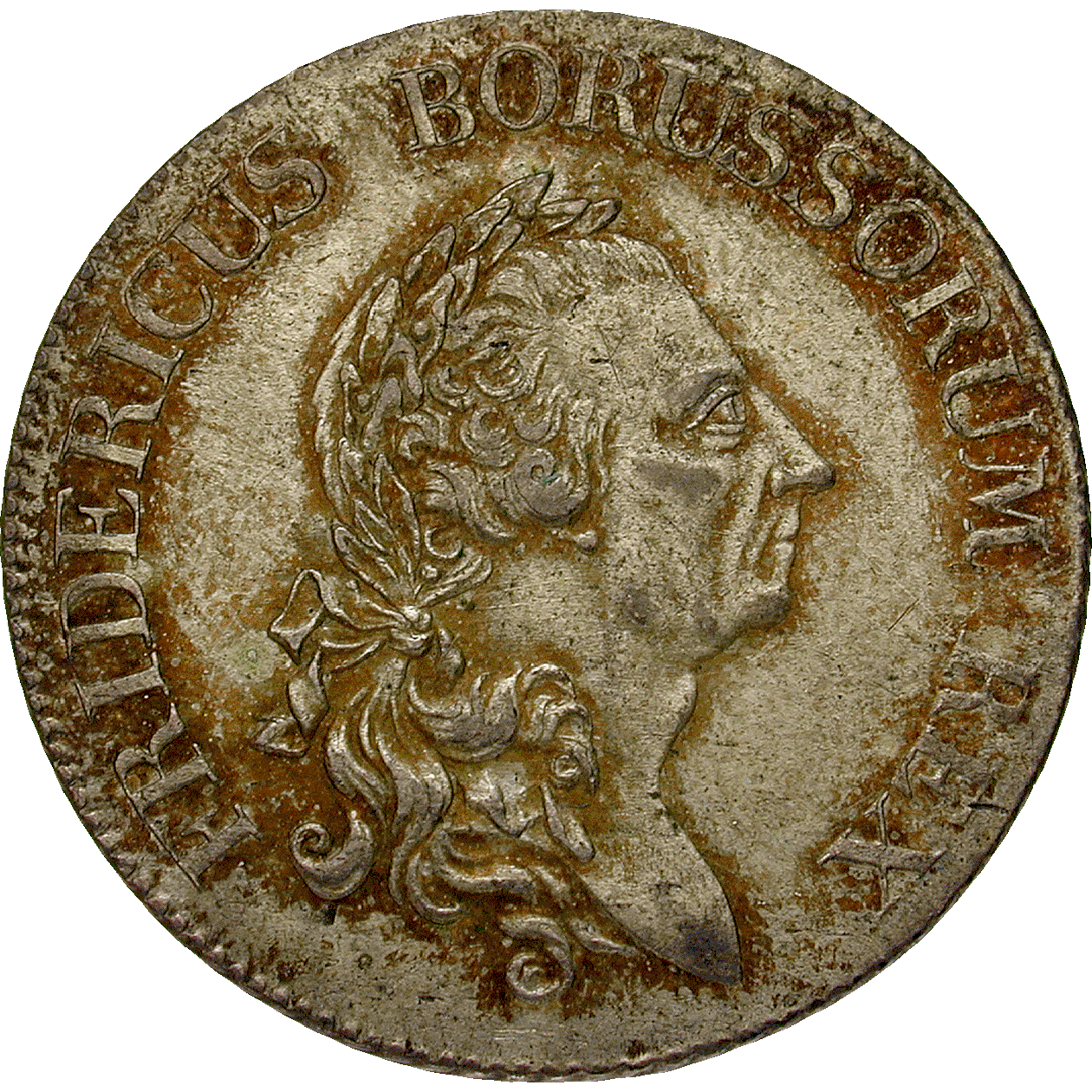 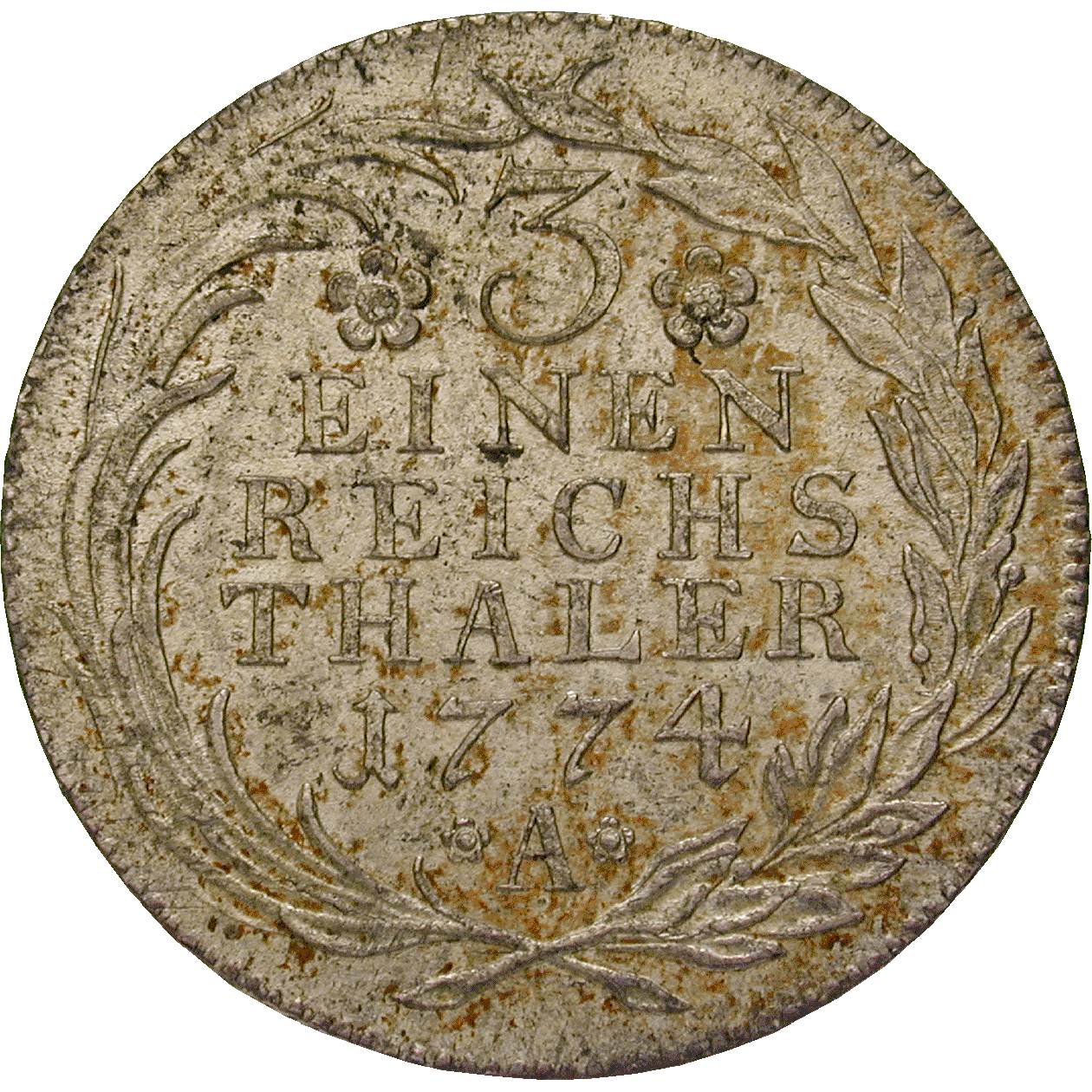 This coin bears the portrait of Frederick II the Great (1740-1786) – one of the few rulers to have himself depicted realistically on his coins, his images showing signs of age.

During Frederick's reign significant coinage reforms were conducted, like the introduction of 'Graumann's coin standard' in 1750, named after Philip Graumann, the chief executive of the Prussian mint. Henceforth the Prussian 'reichstaler' was to be minted according to this coin standard: from one mark of pure silver – the mark was a unit of weight then, containing about 234 grams – 14 talers were produced.