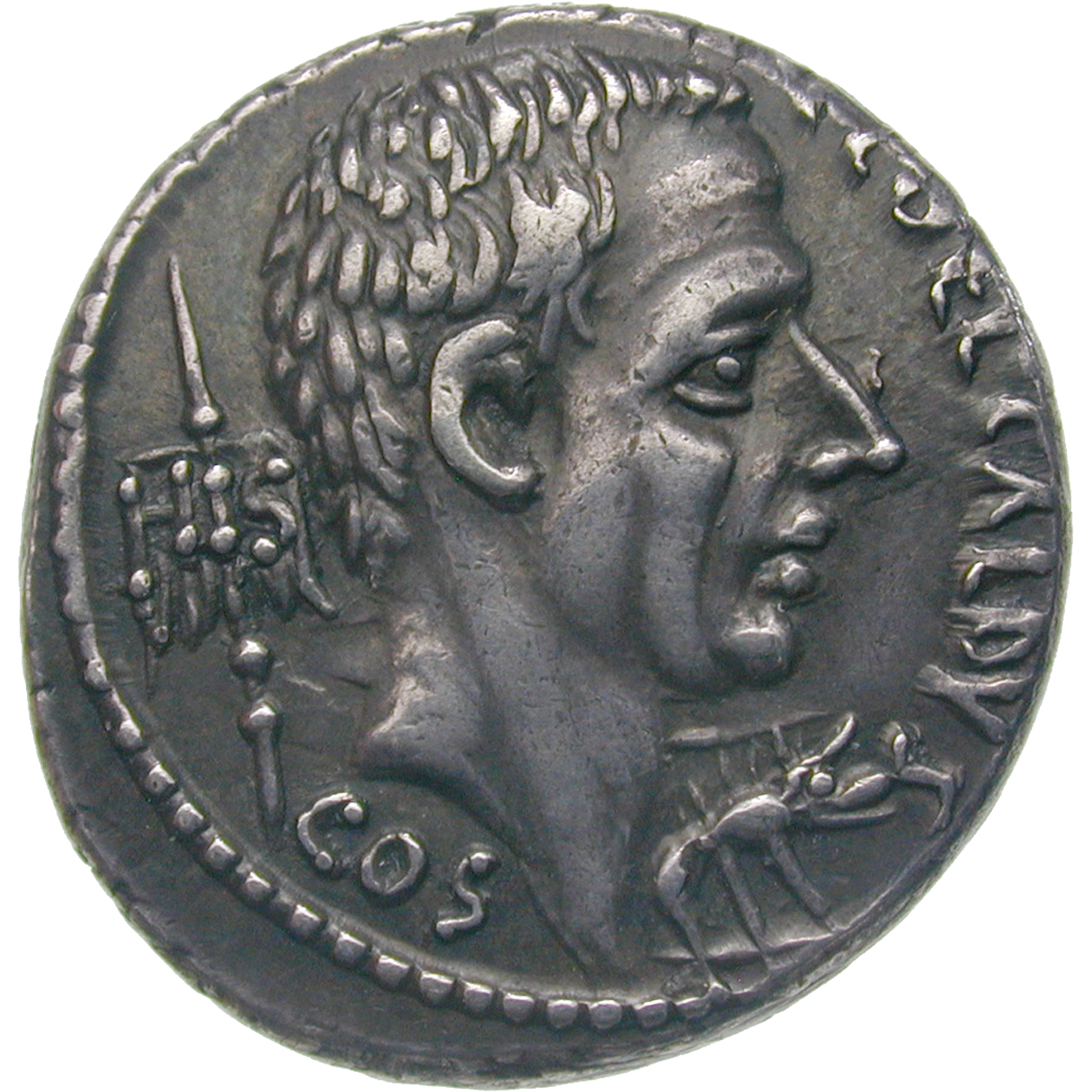 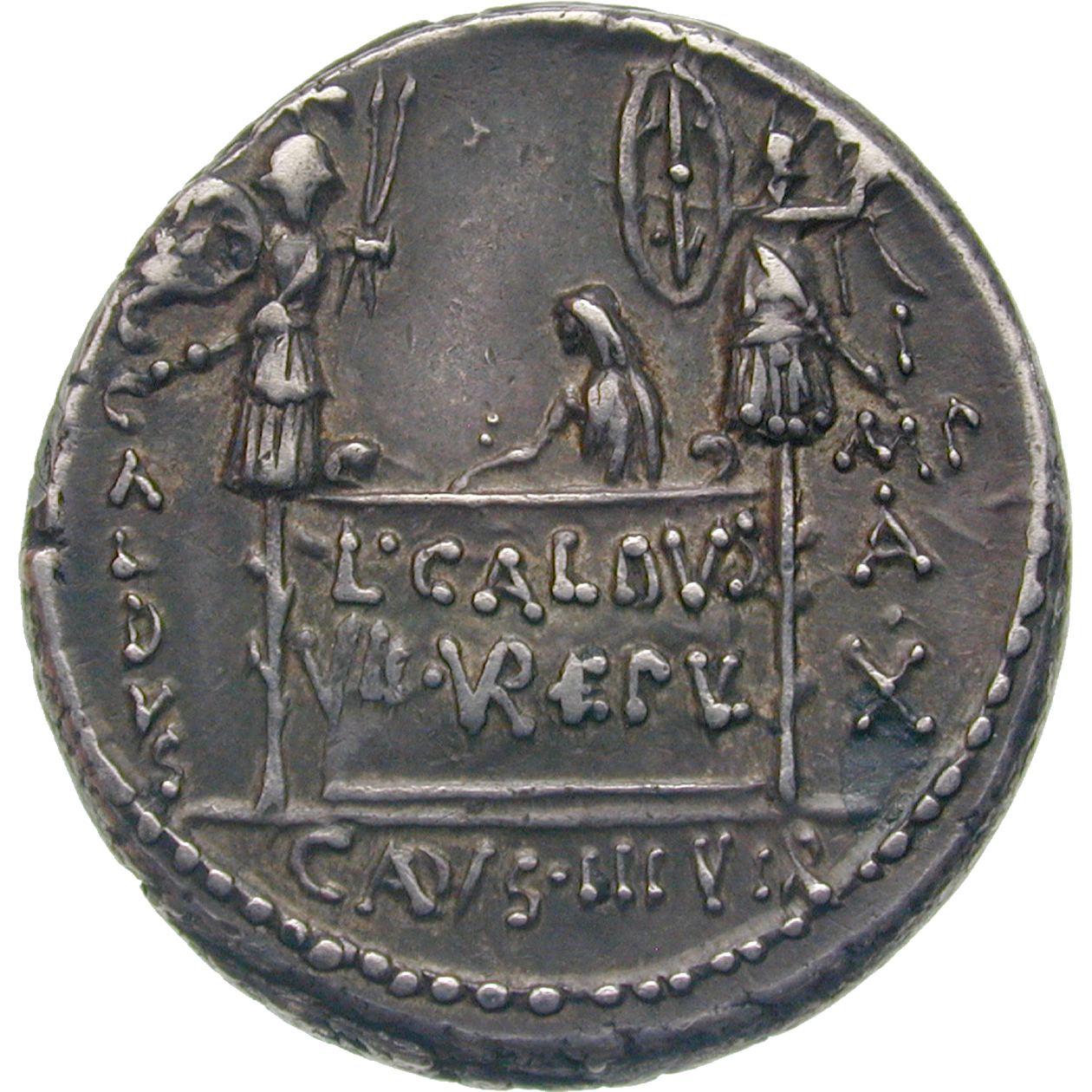 The obverse of this Roman denarius shows Gaius Coelius Caldus, who towards the end of the 2nd century BC defeated the Celtic tribe of the Saluvii in Gaul; for this he was honored with a triumphal procession through Rome.

The reverse refers to his son Lucius Coelius Caldus. He was a member of the Septemviri epulonum, a board of priests who arranged cultic banquets for the major Roman gods, during which statues of the gods were symbolically dined. He is shown here in preparation of a divine feast.