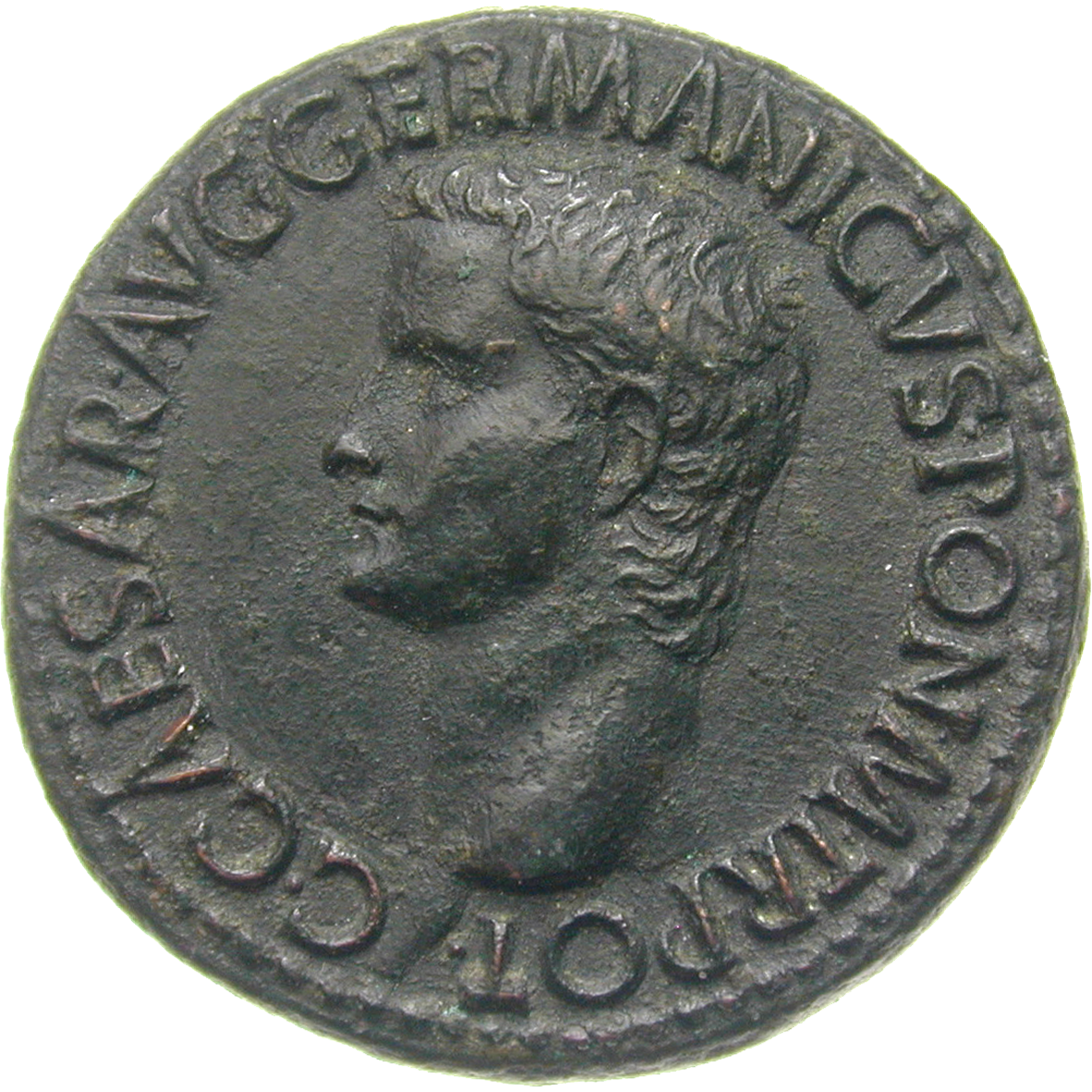 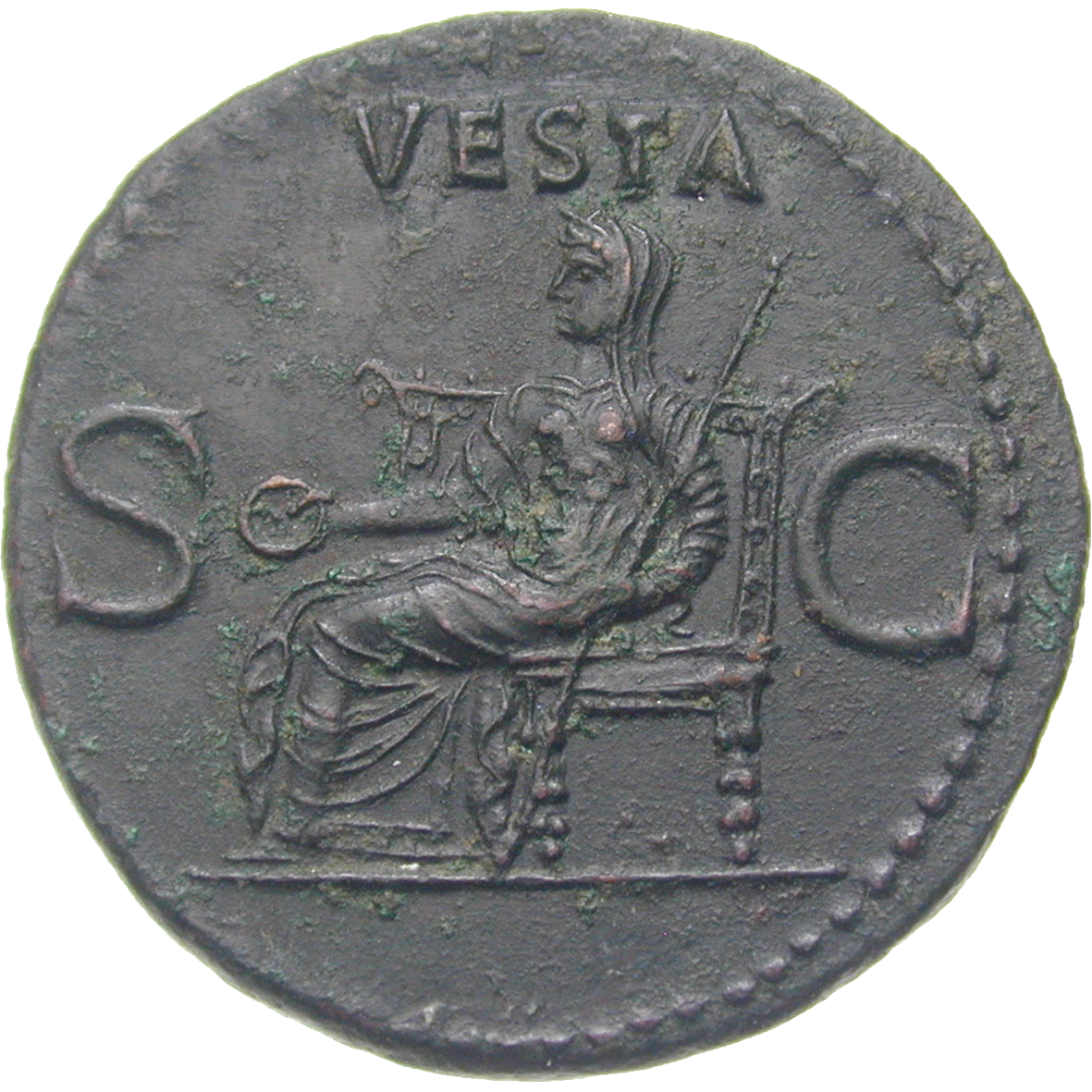 C CAESAR AVG GERMANICVS PON M TR POT reads the inscription on the obverse of this coin: Gaius Caesar Augustus Germanicus, highest priest and owner of the authority of a tribune.

Even those familiar with the history of the Roman emperors may mull over this inscription, because Gaius Caesar is better known under the name of Caligula (37-41 AD).

The emperor owed his nickname to his popularity among the soldiers. As a child he accompanied his father Germanicus to Germany, where Germanicus was in command of the army. The troops regarded the boy as their mascot; and because he wore little caligae, the soldier's leather boots, they called him Caligula, little boot.

The reverse depicts Vesta, the virgin goddess of the hearth, home, and family in Roman mythology. The letters on both sides of the goddess, S C, stand for 'Senatus Consulto' and indicate that this as was struck by decree of the Senate.