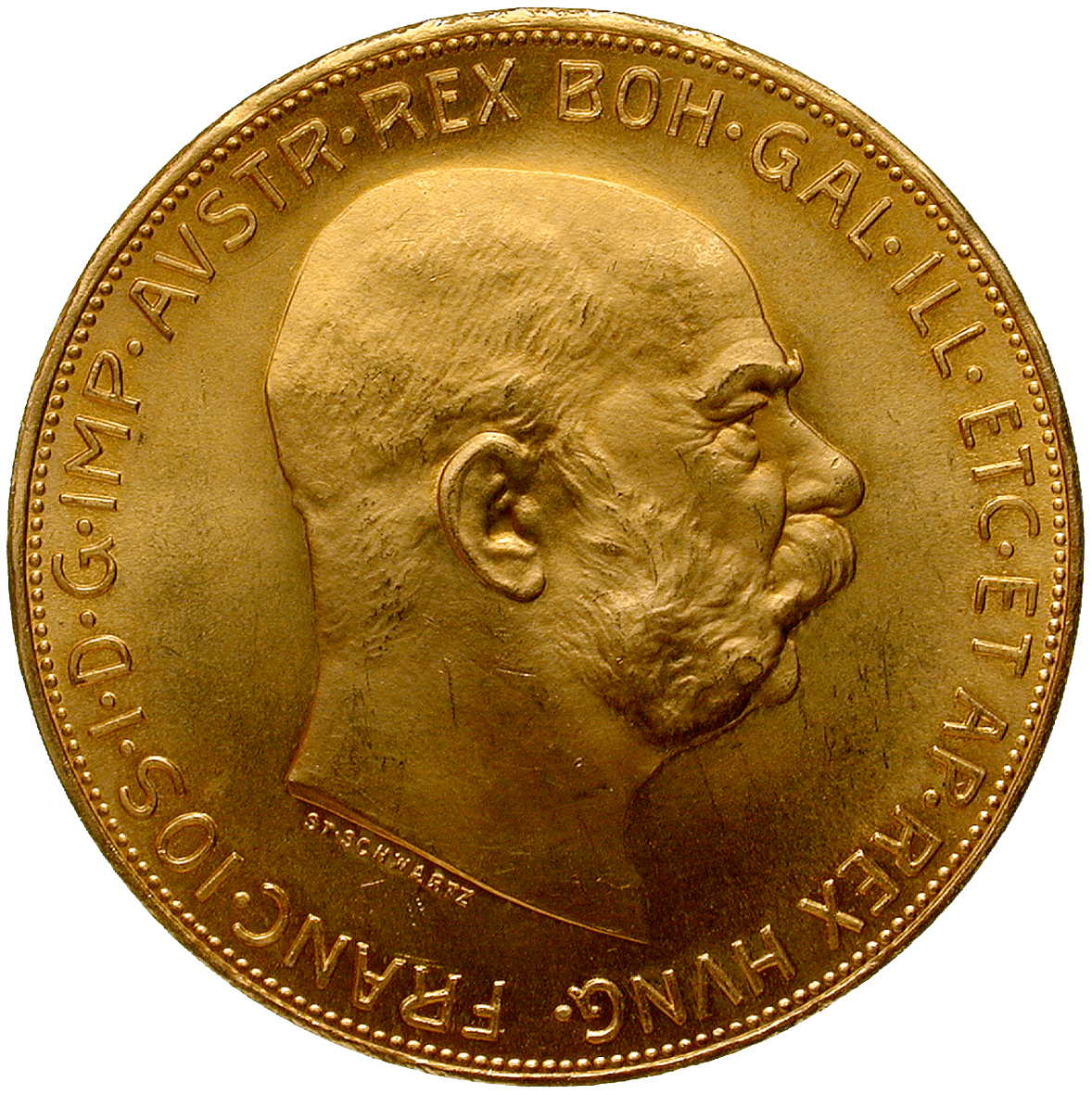 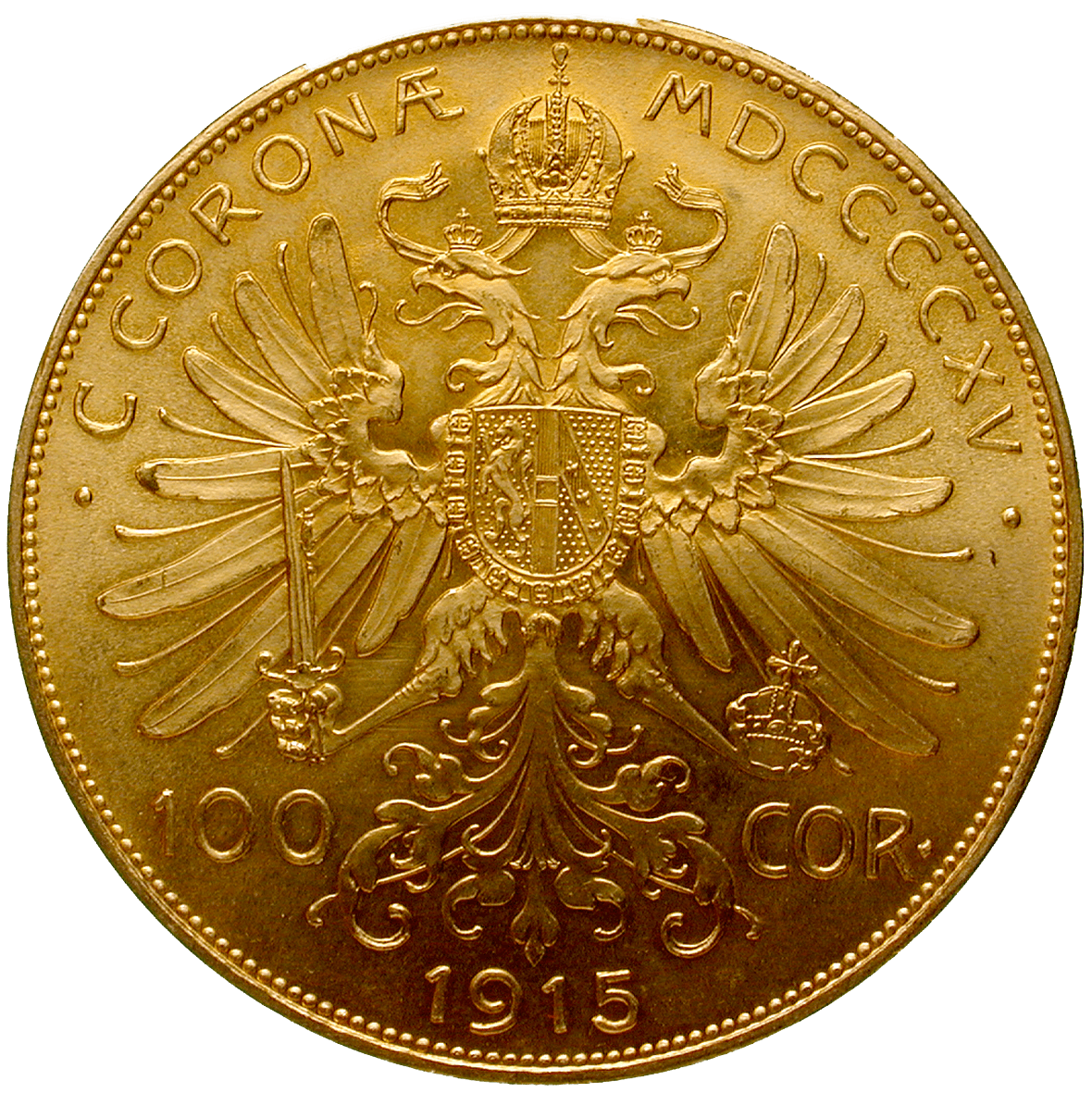 The first fact to note about this Austrian ducat of 1915 is that it was not minted in 1915: all Austrian ducats bearing the year of 1915 are re-strikes. The ducat coins lost their legal tender status in Austria in 1858, but continued to be produced as trade coins until 1914. However, between 1920 and 1936, the First Republic of Austria took to re-striking ducats with the date of 1915 and the portrait and imperial titles of Emperor Francis Joseph I (1848-1916). These trade coins can be regarded as precursors of the modern gold bullion coins. The Austrian mints produce them until this day.