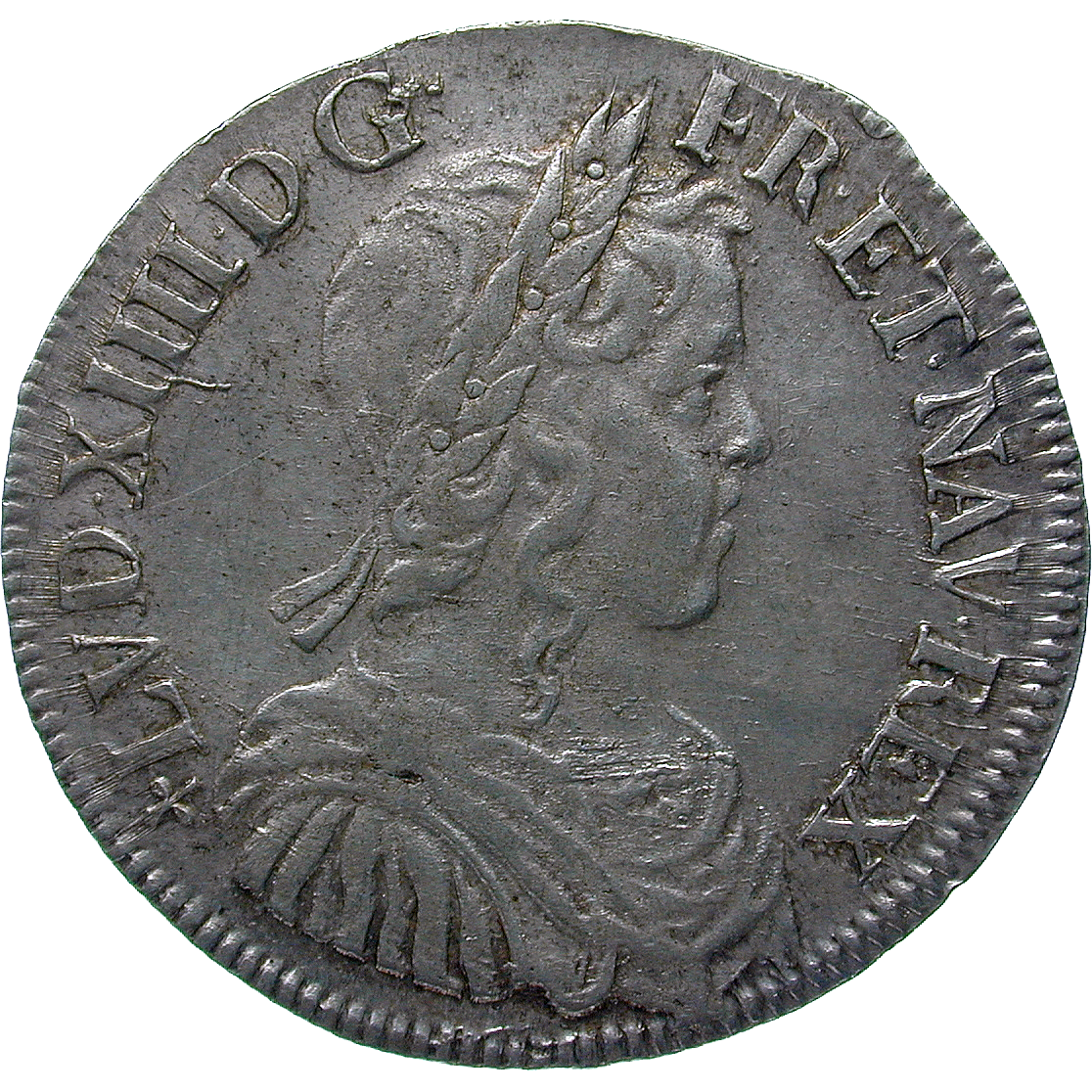 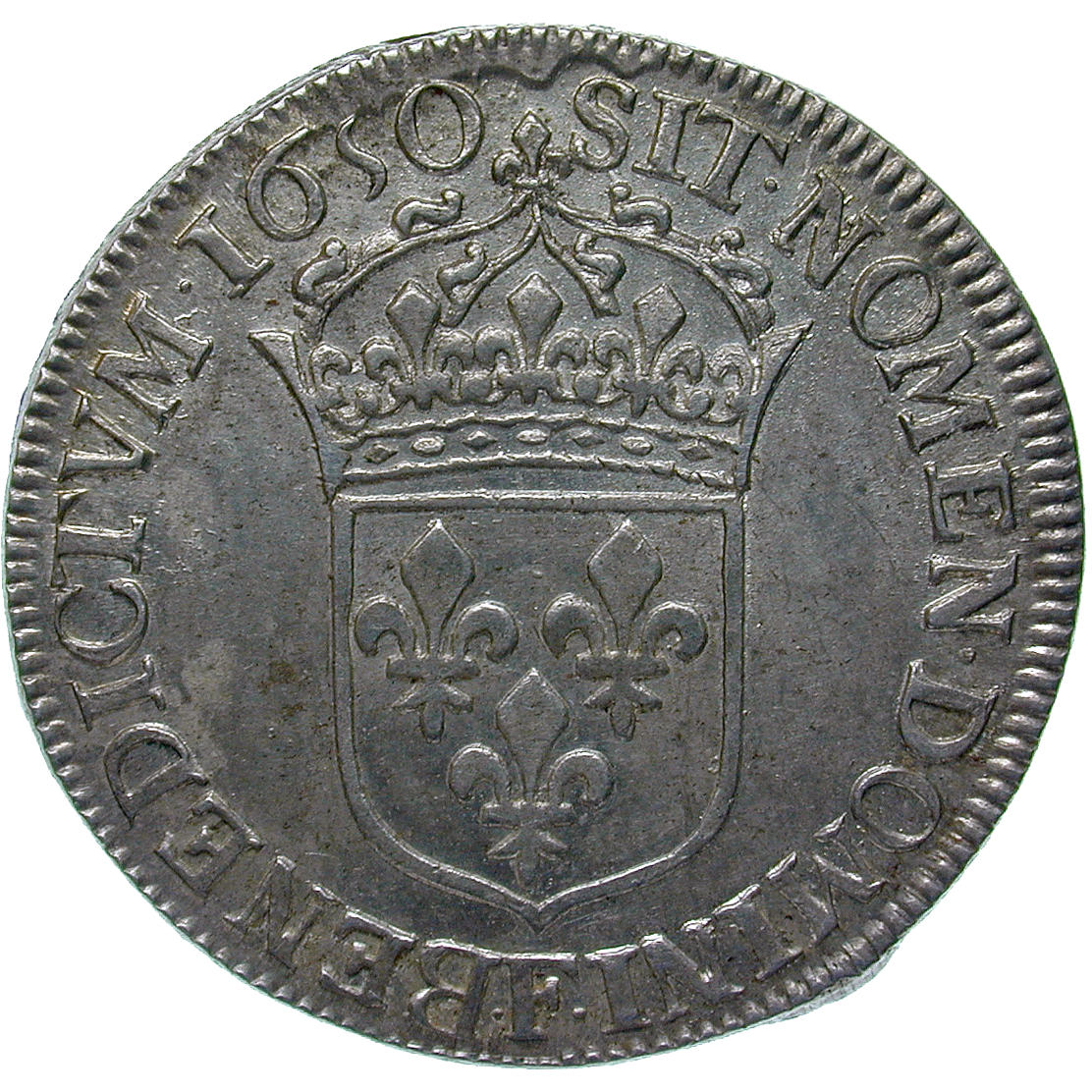 During the first years of the reign of Louis XIV (1643-1715), the French currency system was changed only marginally. In 1654, the issue of the golden ecu was ceased. From now on, the Louis d'or and his multiples and divisions were the only French gold coins. Since that time the name "écu" always denotes a silver coin; the annex "blanc" was soon omitted. But because many different types of écus were issued during Louis XIV's long reign, they were often characterized by a colloquial addition. This coin, depicting the king at the age of about twelve, is known as "écu à la mèche longue," as "écu with the long curl."