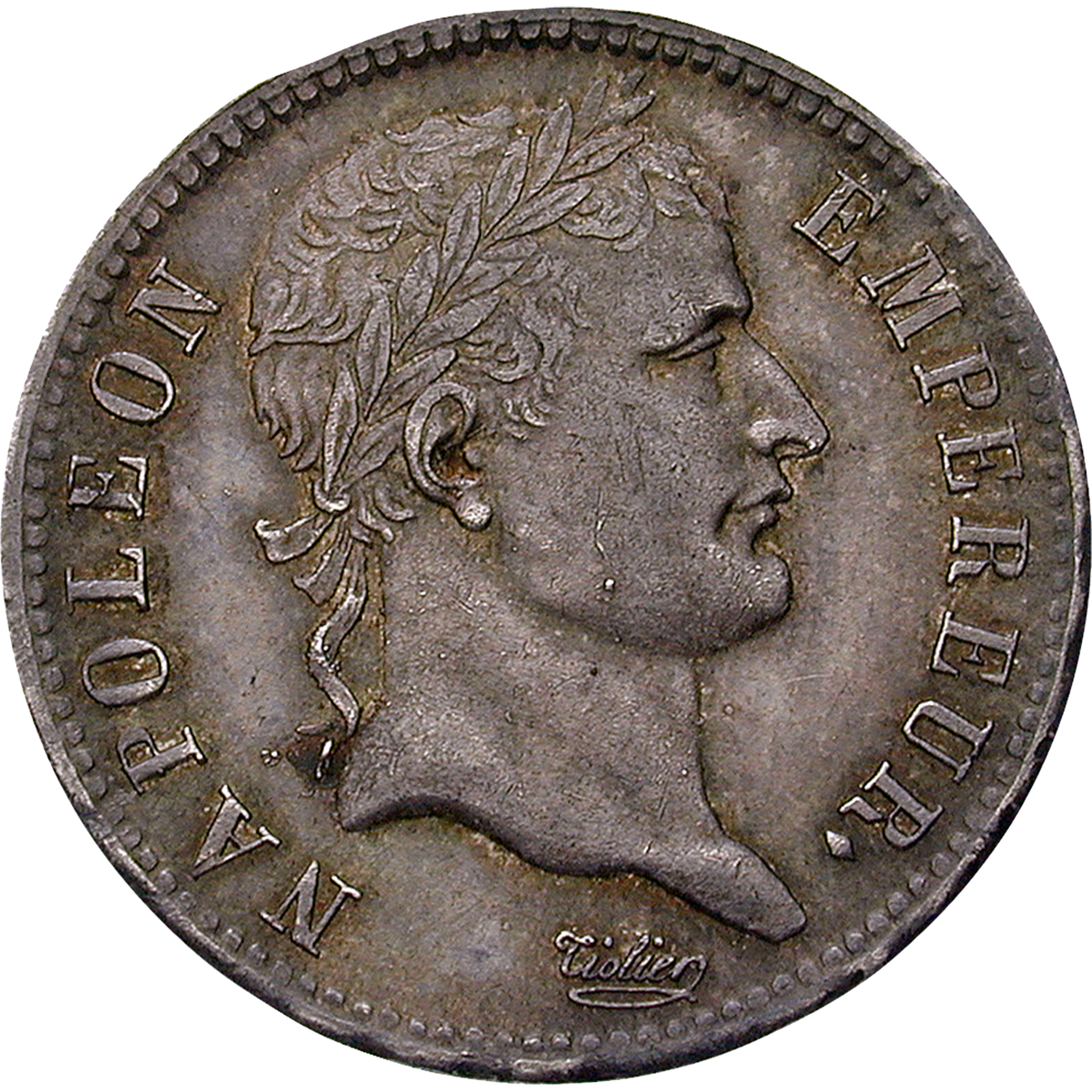 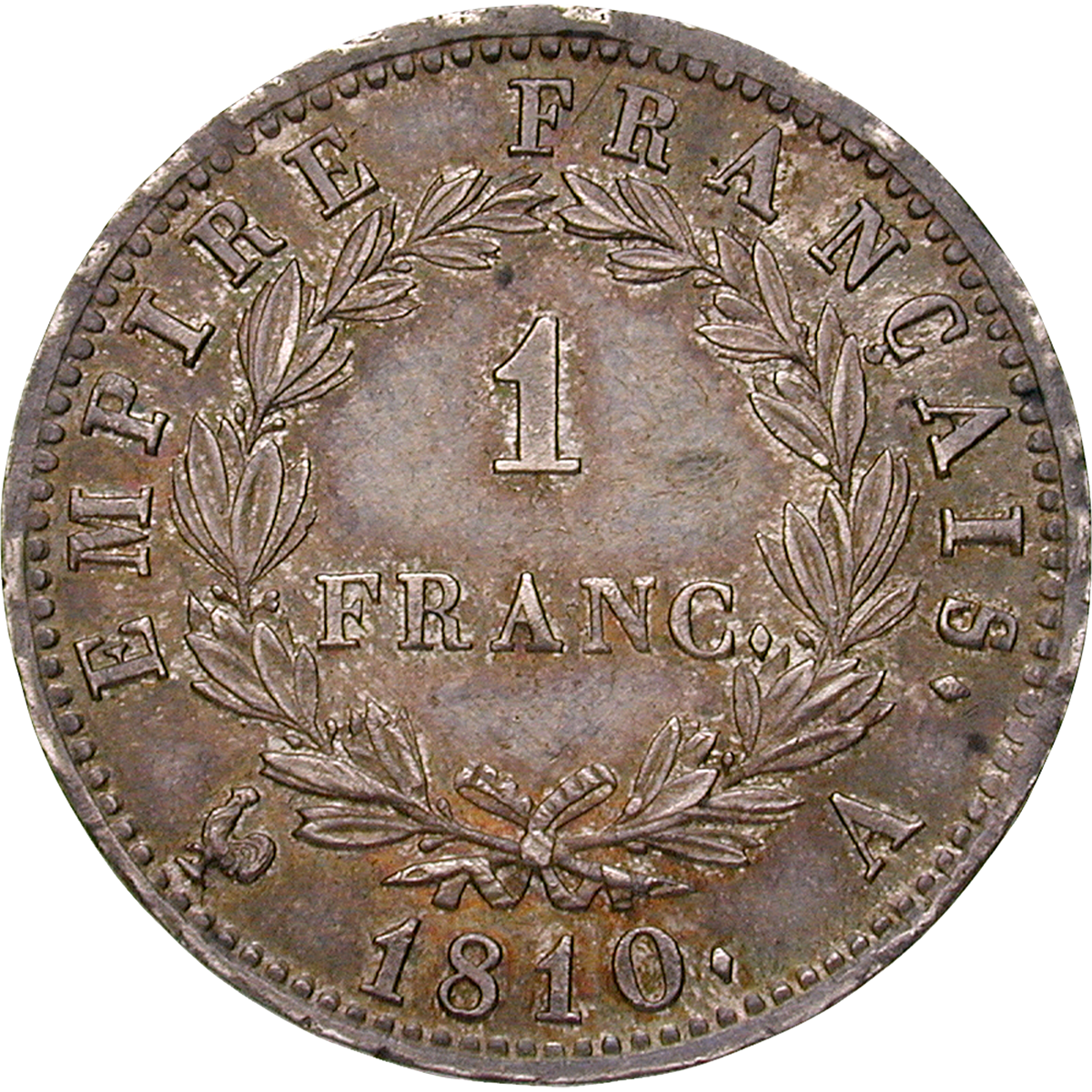 The French franc was a creation of the French Revolution. One of the fathers of the new coin was the gentleman depicted on the coin, Napoleon Bonaparte (1804-1814): general, emperor and, at the end of his life, an exile on the island of St. Helena. In 1794, the French government reorganized the monetary system. In 1795, the franc was officially introduced. The funds for this currency reform came from Napoleon's victorious military campaigns. In 1797, the French treasury received over 50 million francs only from the booty of Napoleon's Italian campaign.