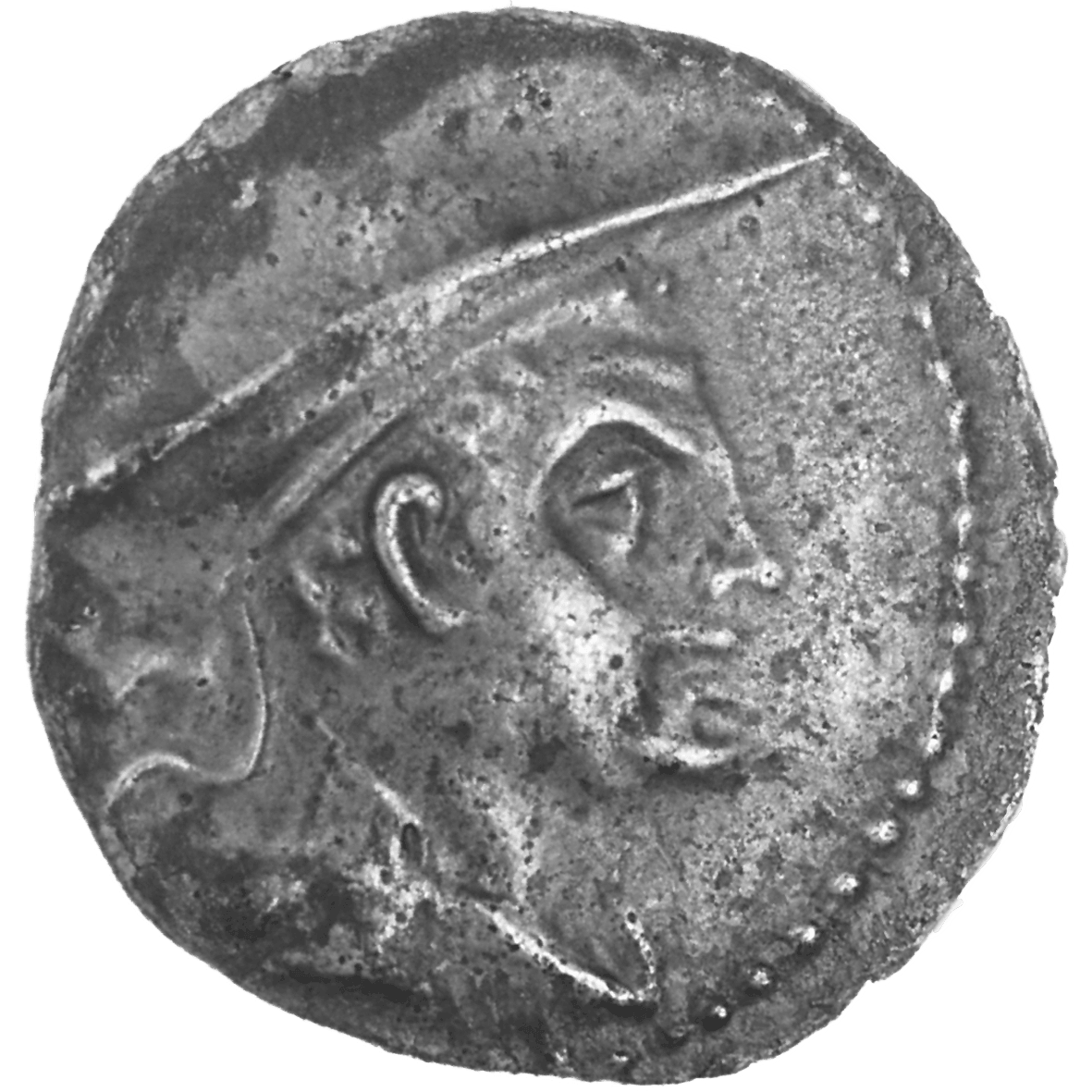 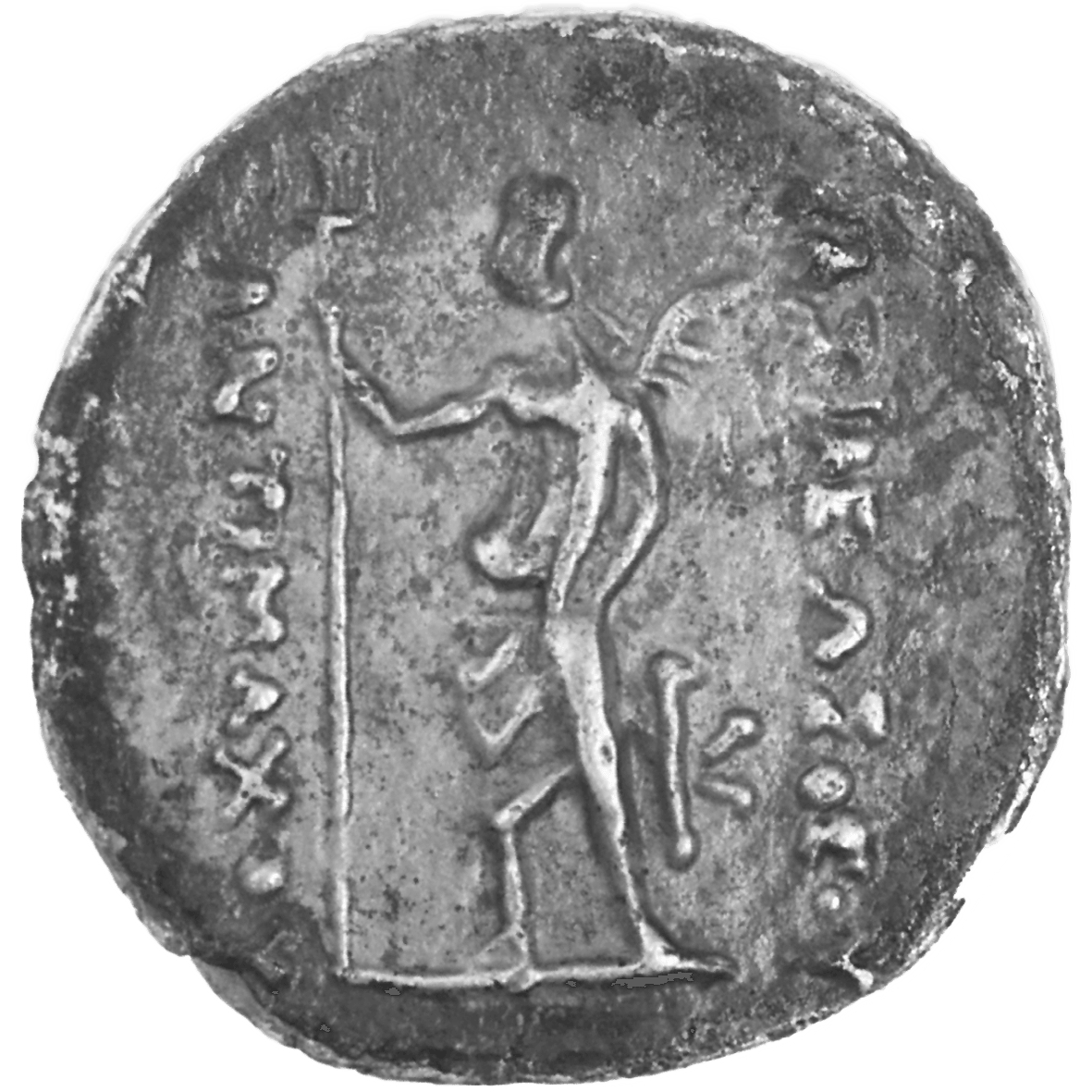 This small silver coin shows the spread of Hellenism in Central Asia: The coin is an obolus, a Greek denomination. It features the portrait of the Bactrian King Antimachus (c. 185-170 BC) wearing a so-called causia, a typical Bactrian hat. There are no written sources to give account on King Antimachus; we know of him only through his coins. The reverse of the obolus shows Poseidon with his trident. In Greek art, Poseidon usually accounted for a victory on sea; how he got to be depicted on Bactrian coins remains a mystery.