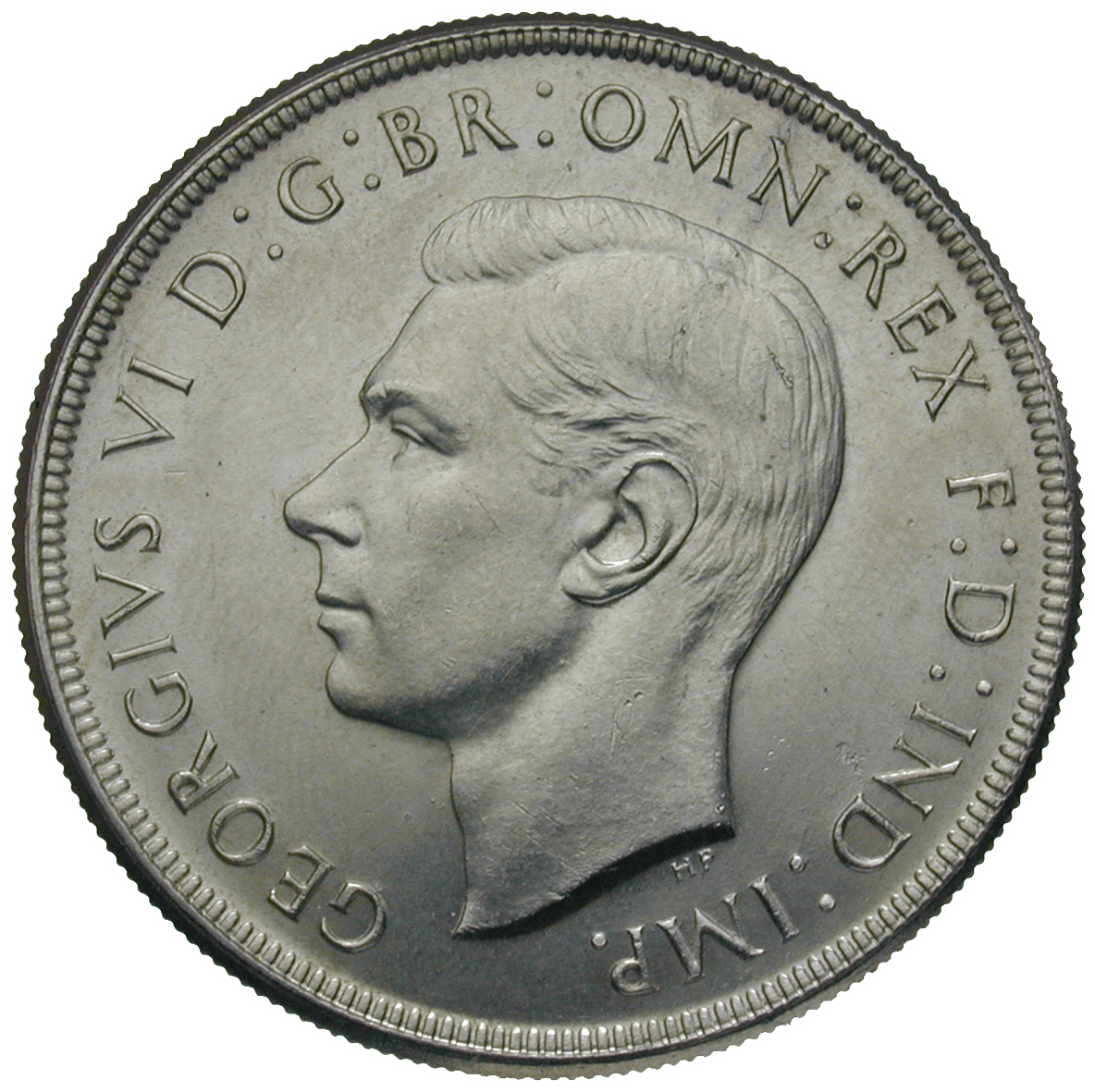 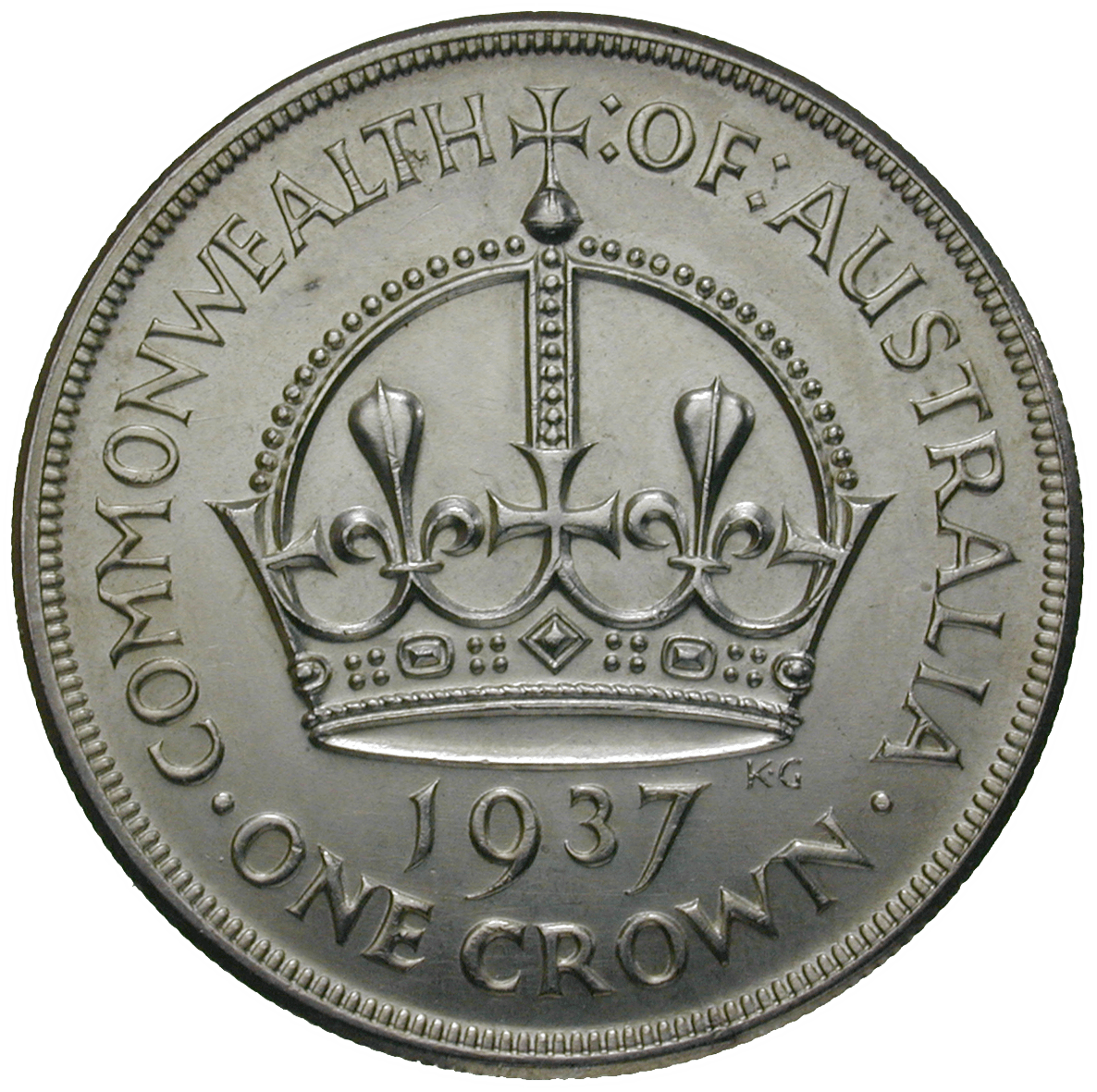 In 1901, the British Queen Victoria proclaimed the "Commonwealth of Australia." With this, Australia became a so-called dominion, with a parliament of its own and the privilege to enact laws regarding internal affairs. Economically, military, and externally, however, it remained closely connected to the British motherland. This was also reflected in the Australian currency, the Australian pound, that was introduced in 1909. It corresponded to the British pound sterling, and as the latter was divided into 20 shillings or 240 pence. The coin design showed the respective British sovereign. On this crown from 1937, it is George VI (1936-1952). In 1966, Australia altered its currency from the Australian pound to the Australian dollar. At the same time the decimal system was introduced; since then, 1 Australian dollar holds 100 cent.