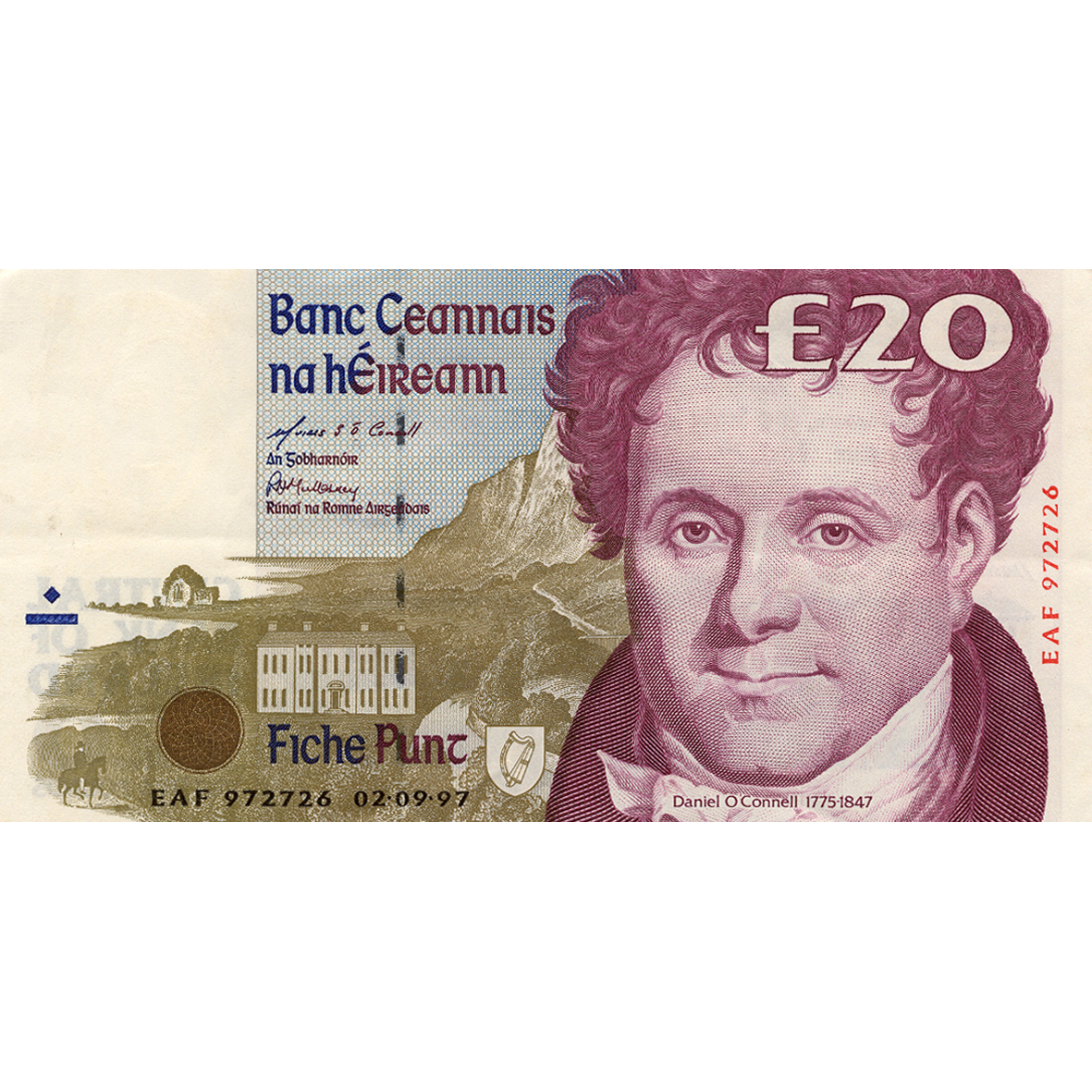 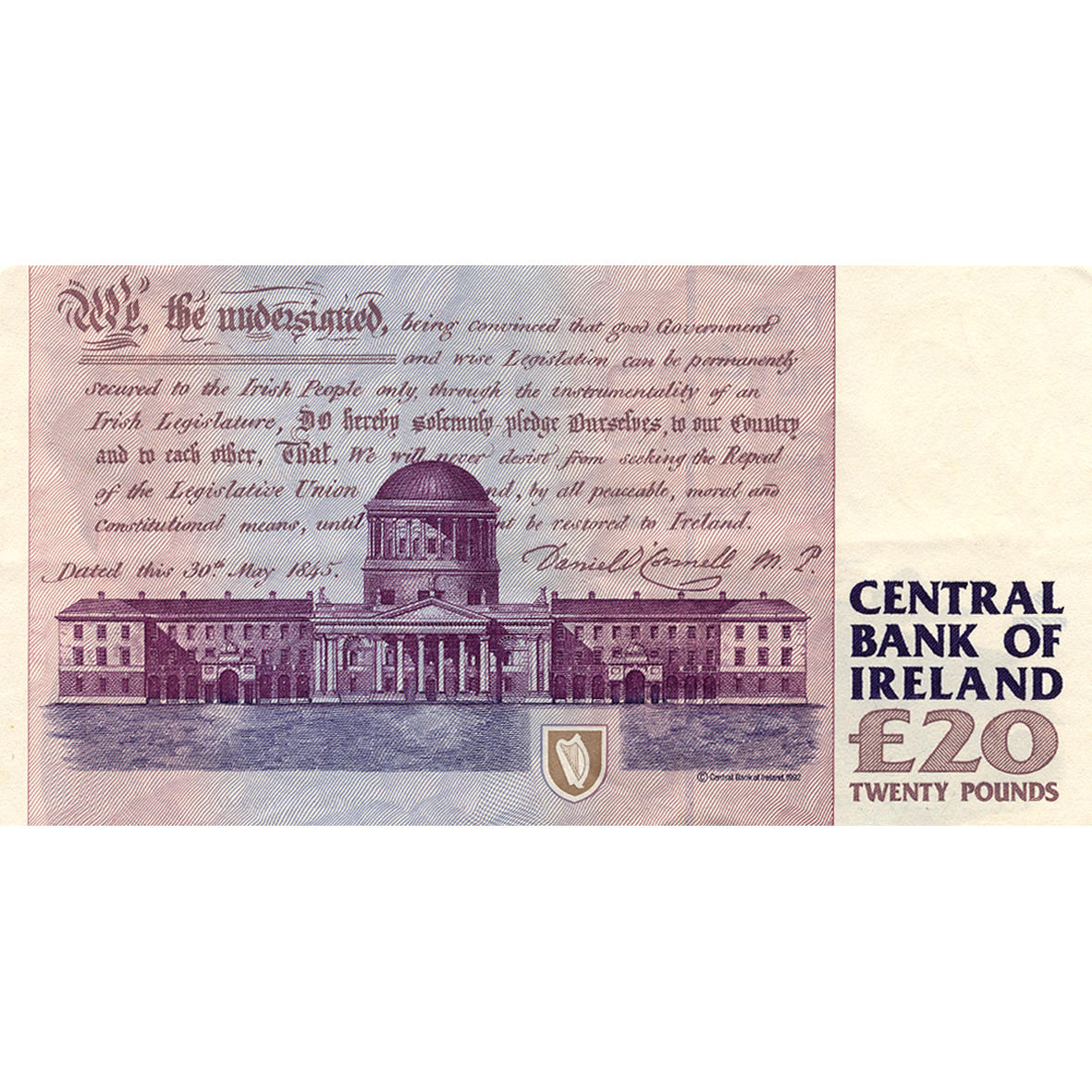 This Irish banknote was designed by Robert Ballagh. It belongs to a new series of bills (with denominations of £5, £10, £20, £50 and £100) introduced at very short notice because of the widespread forgeries of the old banknotes in the early 1990s. The series' theme are people who contributed to the formation of modern Ireland.

The obverse of the £20 note shows Daniel O'Connell, known as The Liberator or The Emancipator. He was Ireland's predominant politician in the first half of the 19th century. The reverse shows a pledge signed in 1845 by a number of early Irish statesmen, with the Four Courts featured in the background.