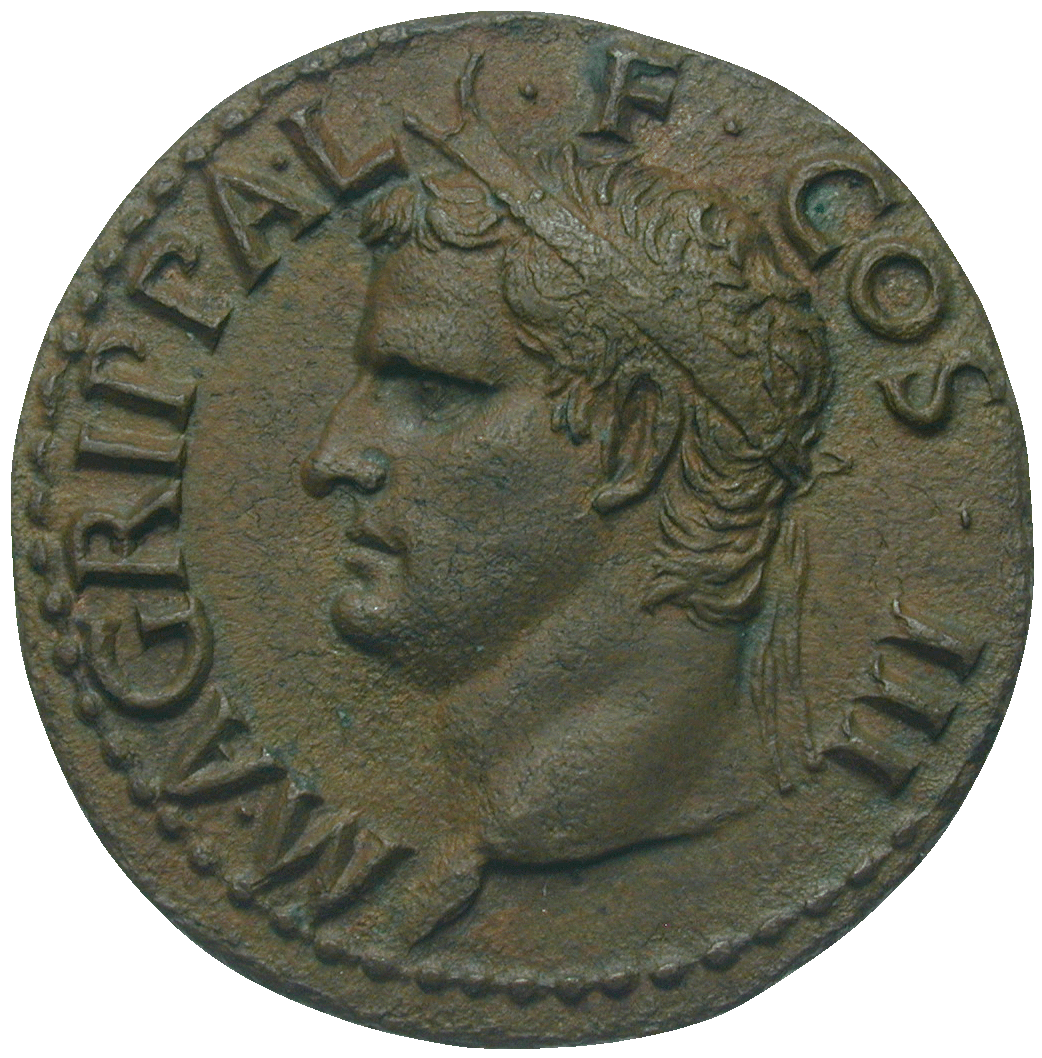 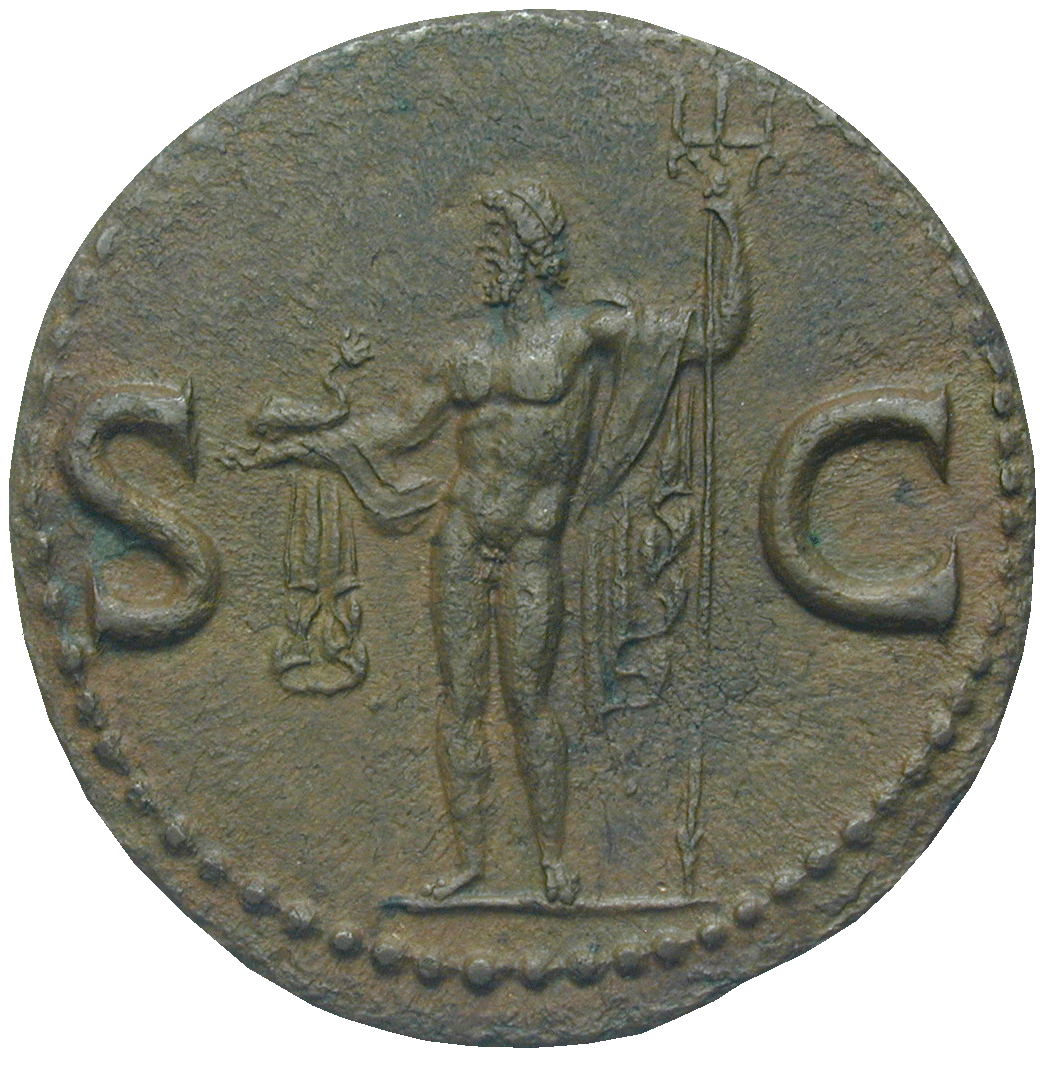 Marcus Vipsanius Agrippa was a military talent and the man who fought, and won, the wars of the first Roman emperor Augustus. He remained in his friend's shadow all his life; on coins he was very rarely depicted.

This as features Agrippa wearing a rostral crown, referring to the naval victories that he achieved for his friend. The crown is composed of little rostrae, the prows of ships with their rams.

The reverse relates to Agrippa's naval successes as well. It depicts him as favorite of Neptun, the Roman god of the sea, identified by a trident and a dolphin. The dolphin alludes to a save voyage, the trident to the storms at sea. Antique belief had it that storms were not caused by wind, but by Neptun churning the waters with his trident.