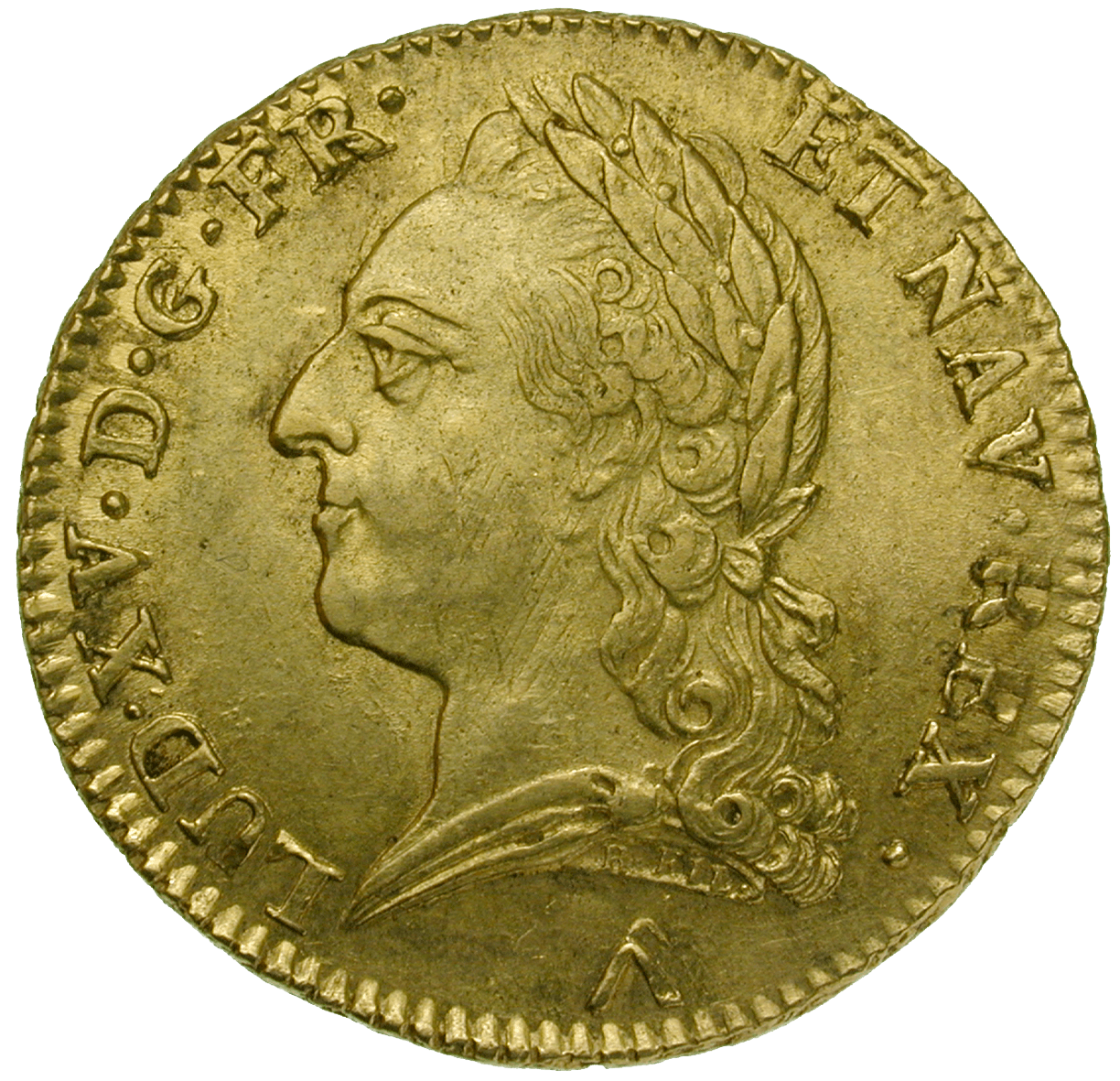 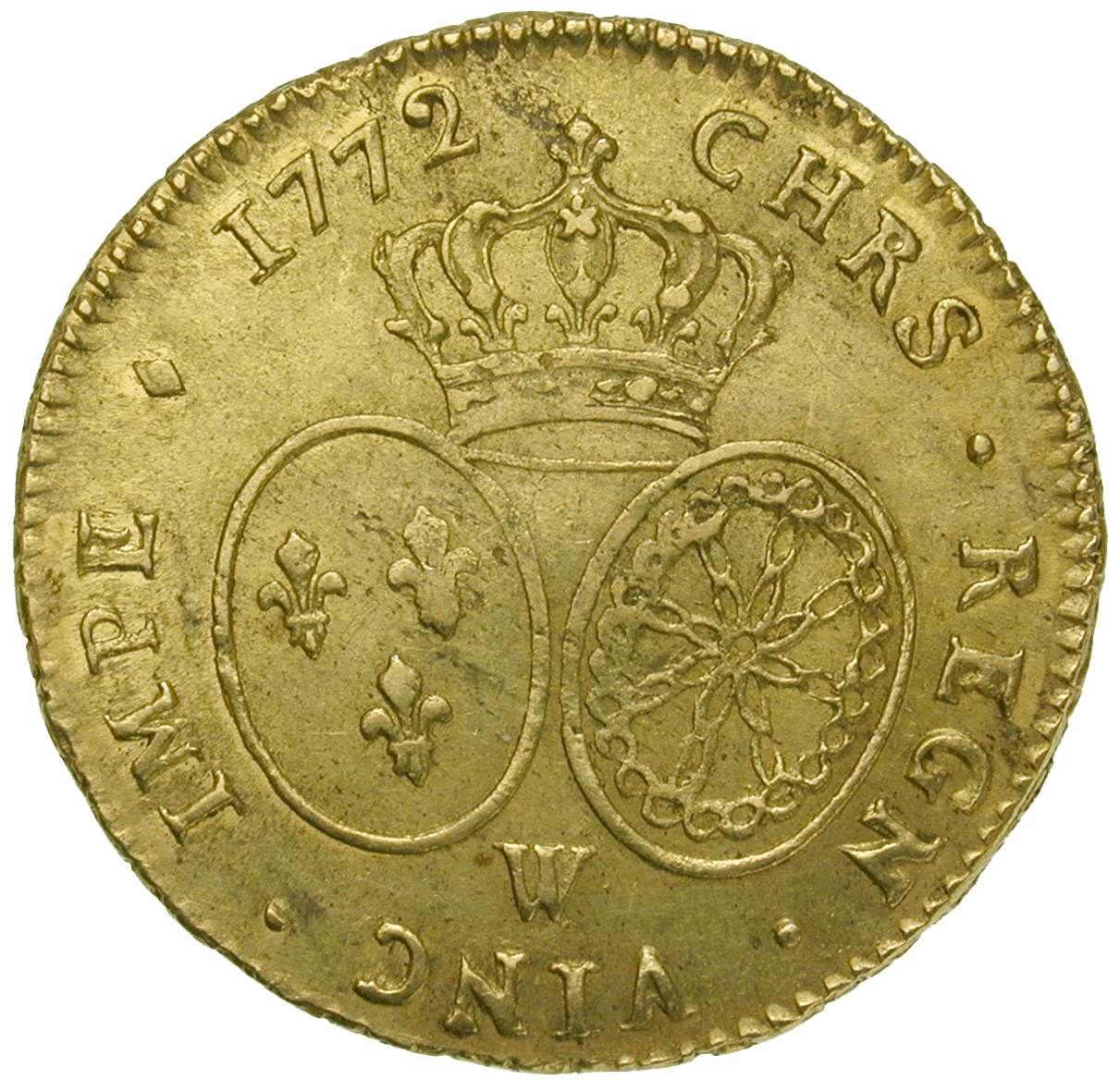 This French double Louis d'or is called "aux lunettes" after the two oval shields that look like spectacles. The obverse depicts the bust of King Louis XV (1715-1774). The two shields on the reverse were the crests of the kingdoms of France and Navarra over which King Louis ruled. The inscription on the obverse names the king and his titles: LUD(vicus) XV Dei G(ratia) FR(ancorum) ET NAV(arra) REX – Louis, King of France and Navarra by the Grace of God.