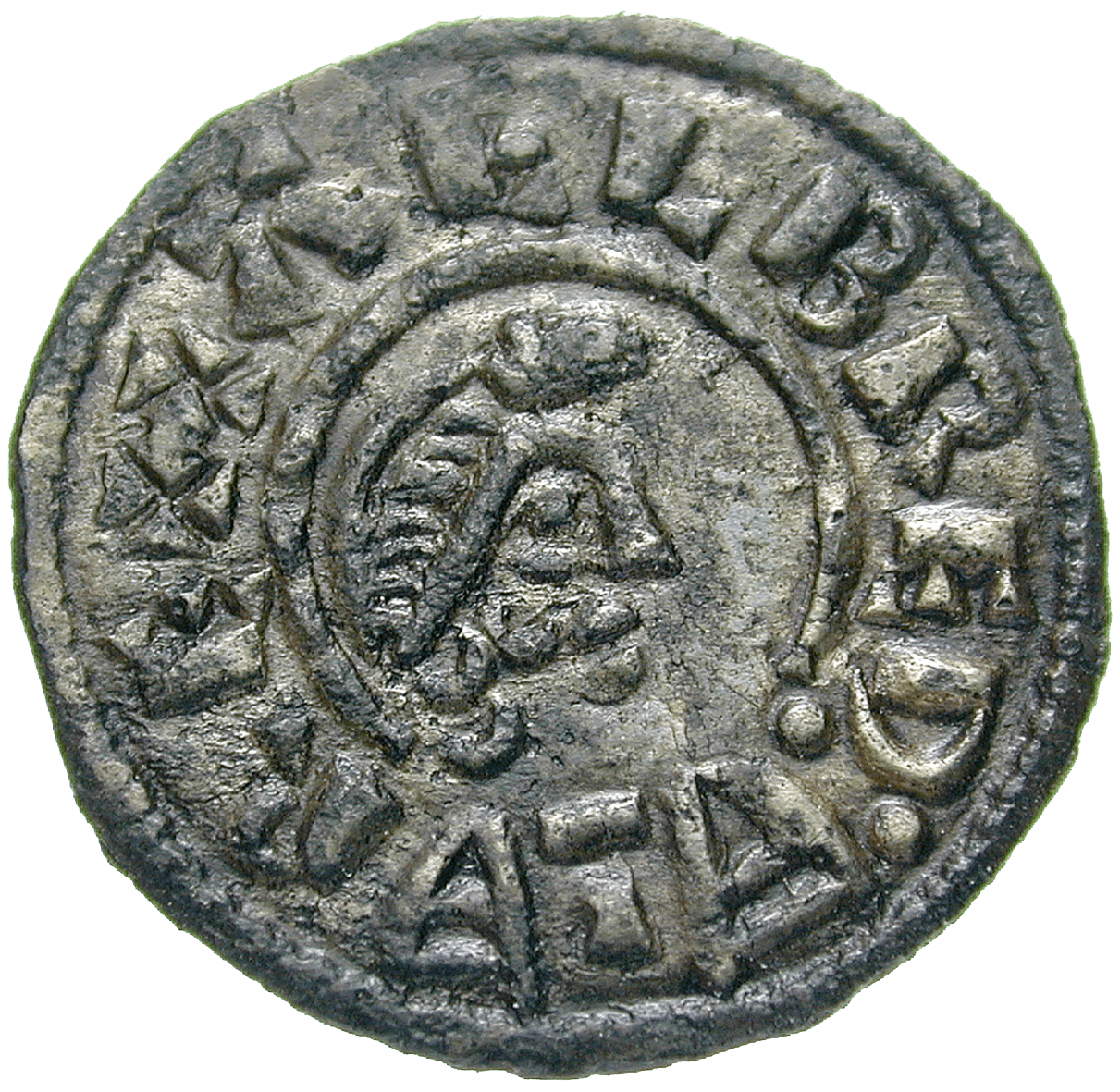 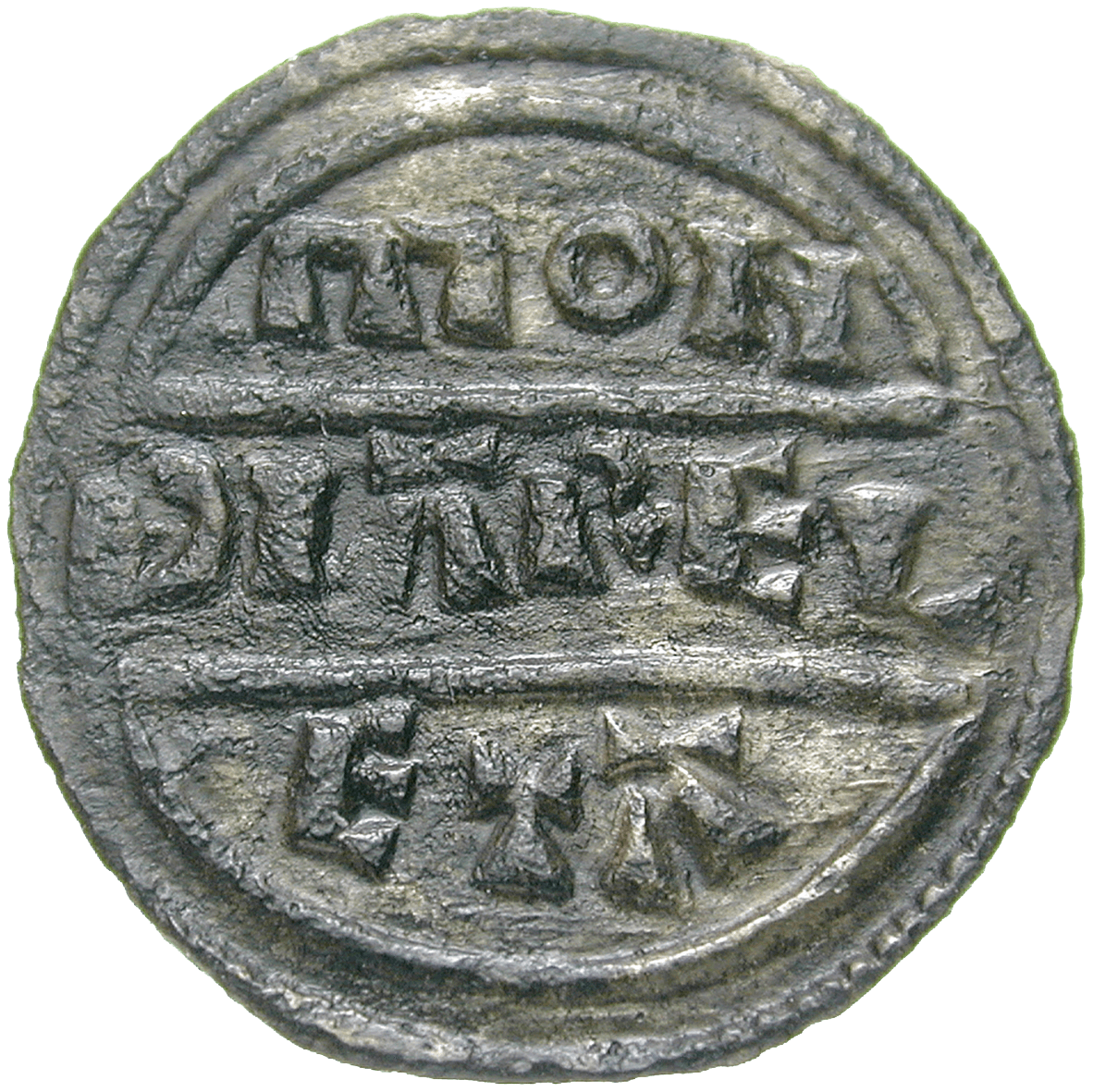 For centuries, the Vikings terrorized the northern world with their conquests. In the 9th century, they invaded England, pillaged London, the walled trade center, and burnt it down. Without the determined resistance of King Alfred of Wessex (871-899), they would have conquered the whole island. But Alfred strengthened the army and built the first navy. He is therefore considered as the "father of the English marine." Soon after his death, Alfred was bestowed with the title "the Great;" up to this day, he was the only English king to be honored that way. This penny from the time of his reign depicts a schematic portrait on the obverse, together with the inscription AELBRED REX. The reverse shows the legend DIAREL MONETA on three lines; it is the name of the mintmaster, Diarel.