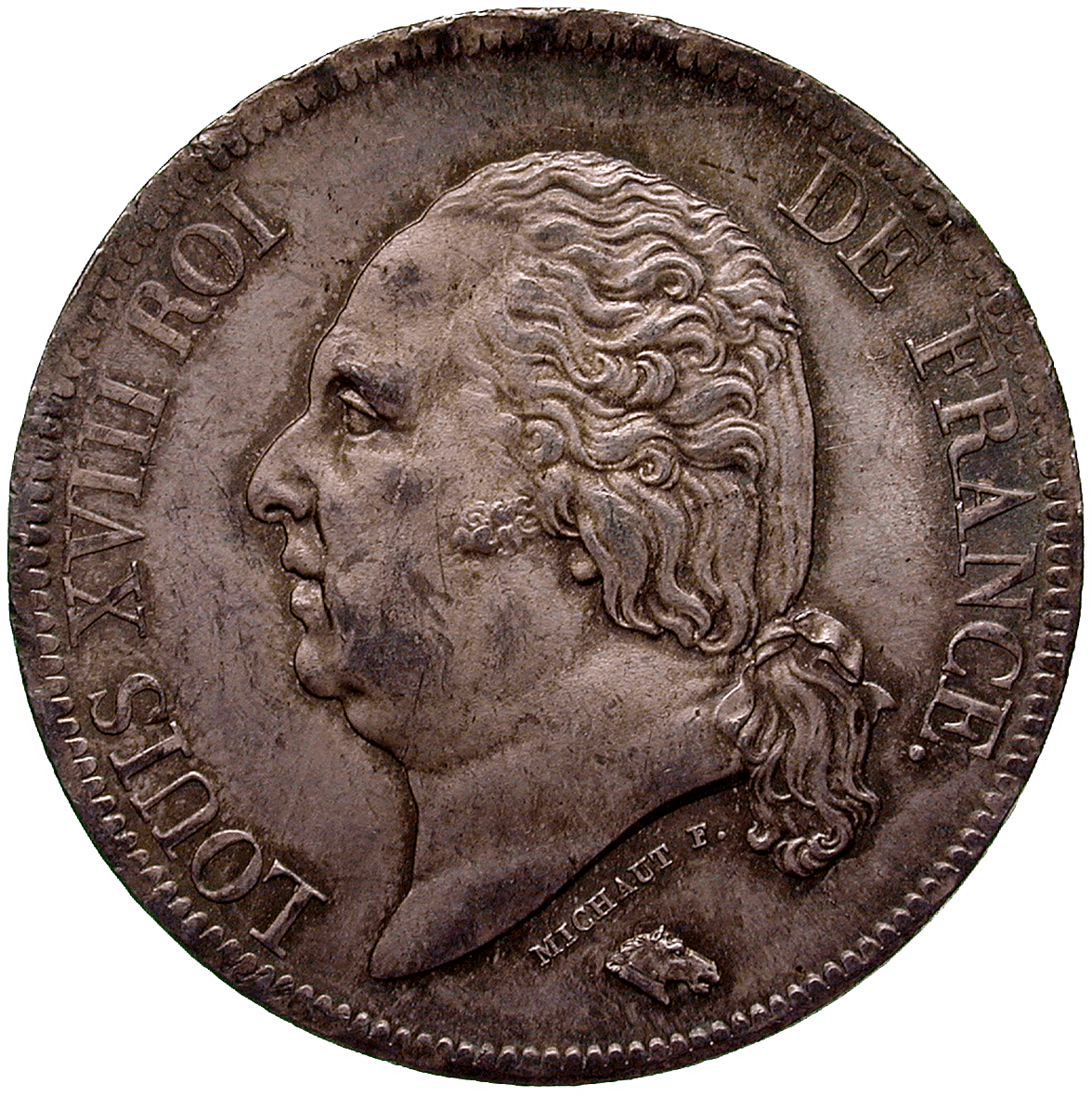 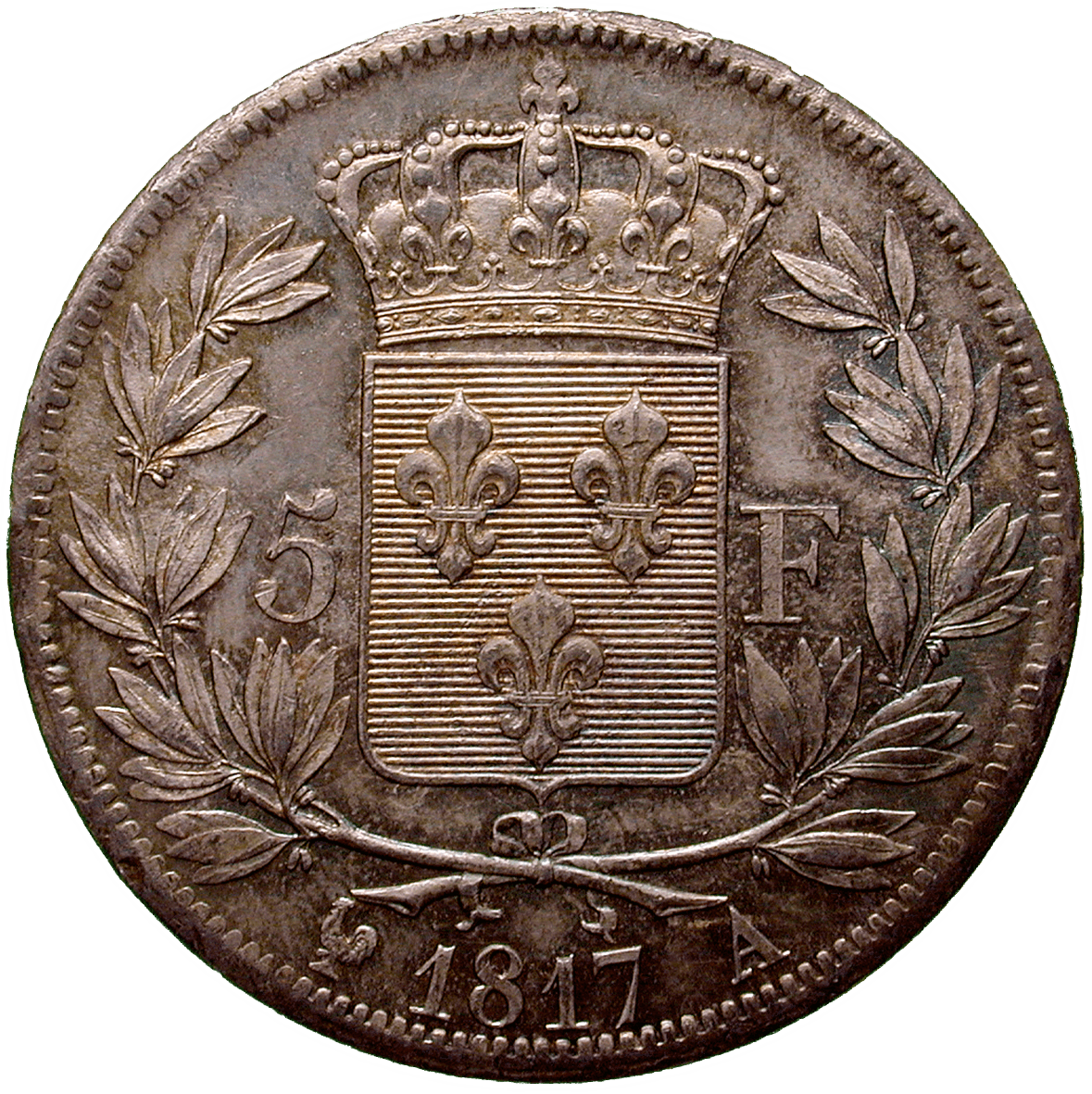 After the downthrow of Emperor Napoleon Bonaparte in the year 1814, time was turned back in France. The brother of King Louis XVI who had been executed in 1793, ascended to the French throne under the name of Louis XVIII (1815-1824). France became a monarchy again, and its coins bore the coats of arms of the Bourbon family. On this piece of 5 francs, King Louis was depicted with a periwig like his ancestors. Some introductions from the time of the revolution remained, however – like the franc and its decimal division, and the coin legends in French.