Kingdom of Macedonia, Tetradrachm in the Name of Philip II 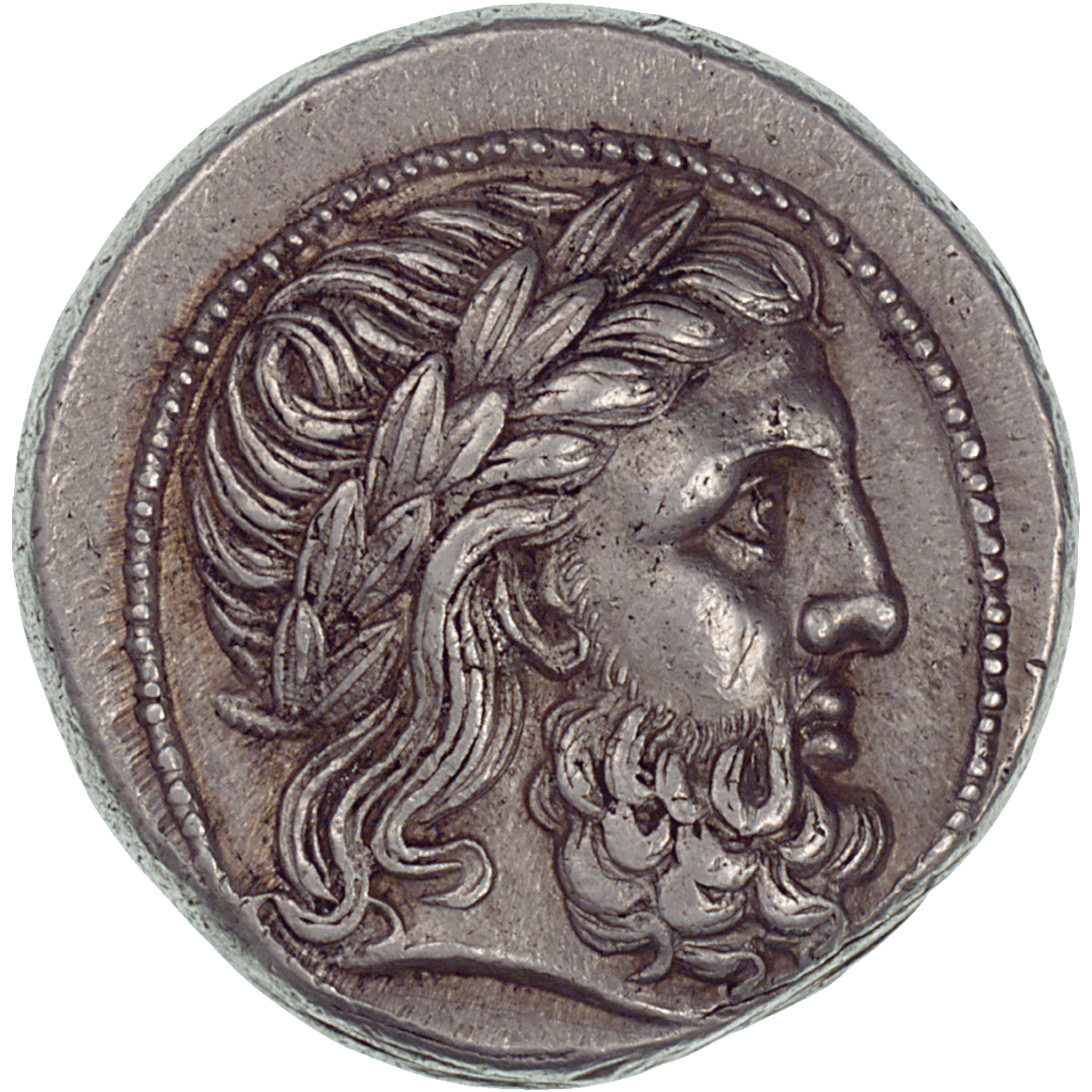 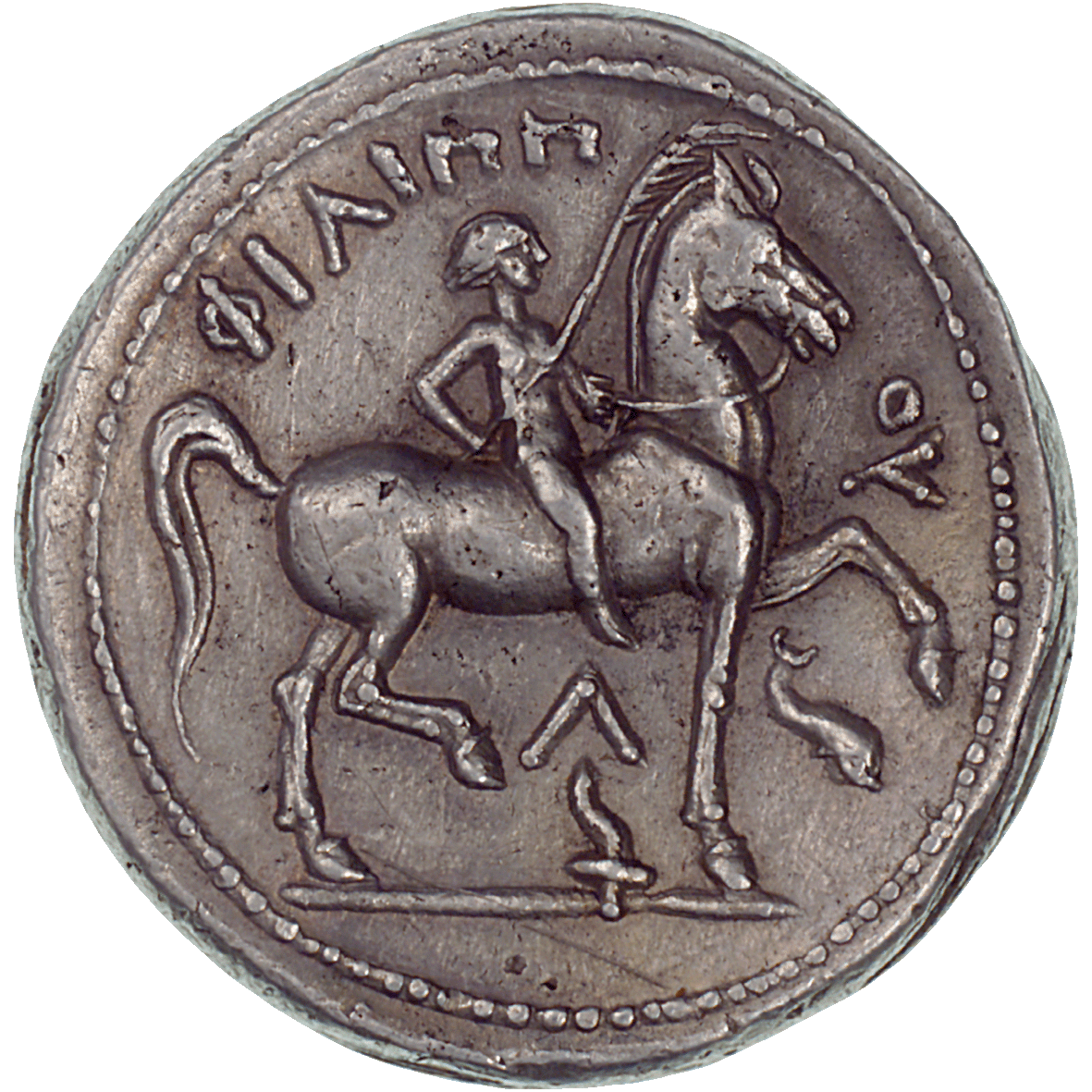 The obverse of this tetradrachm depicts Zeus, the highest of the Greek gods – at first glance, at least. In fact the coin shows King Philip II of Macedon (359-336 BC), posthumous and in the guise of the Godfather. The piece originates in the city of Amphipolis and was minted more than 20 years after Philip's assassination. The reverse bears a young rider on horseback with a palm leaf; between the forelegs of the horse springs a little dolphin. The inscription is ?I?IPPOY.