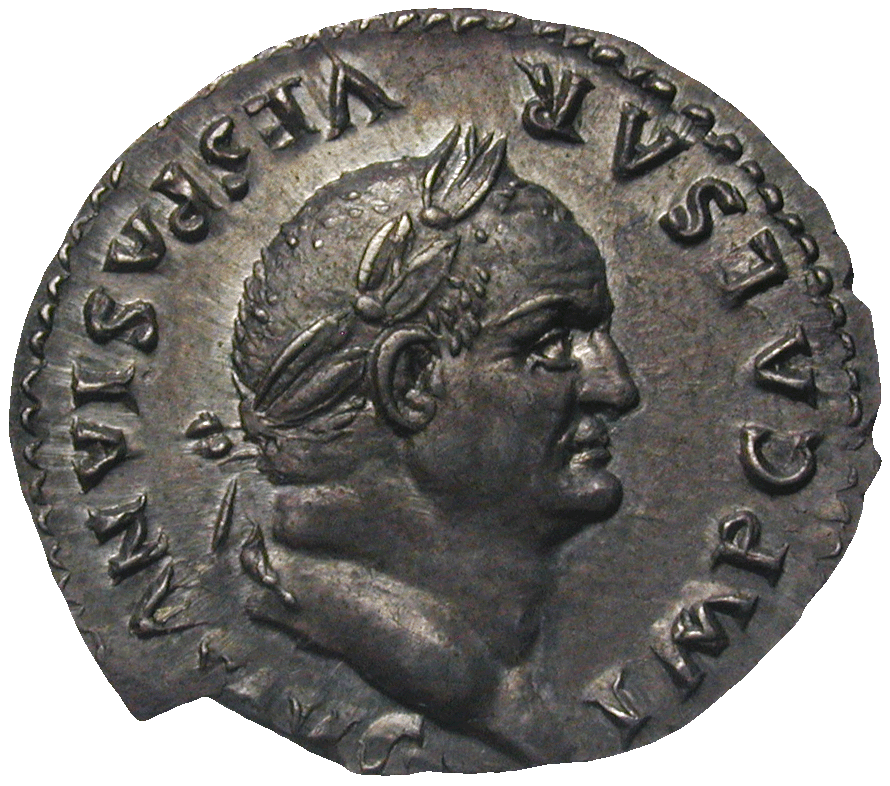 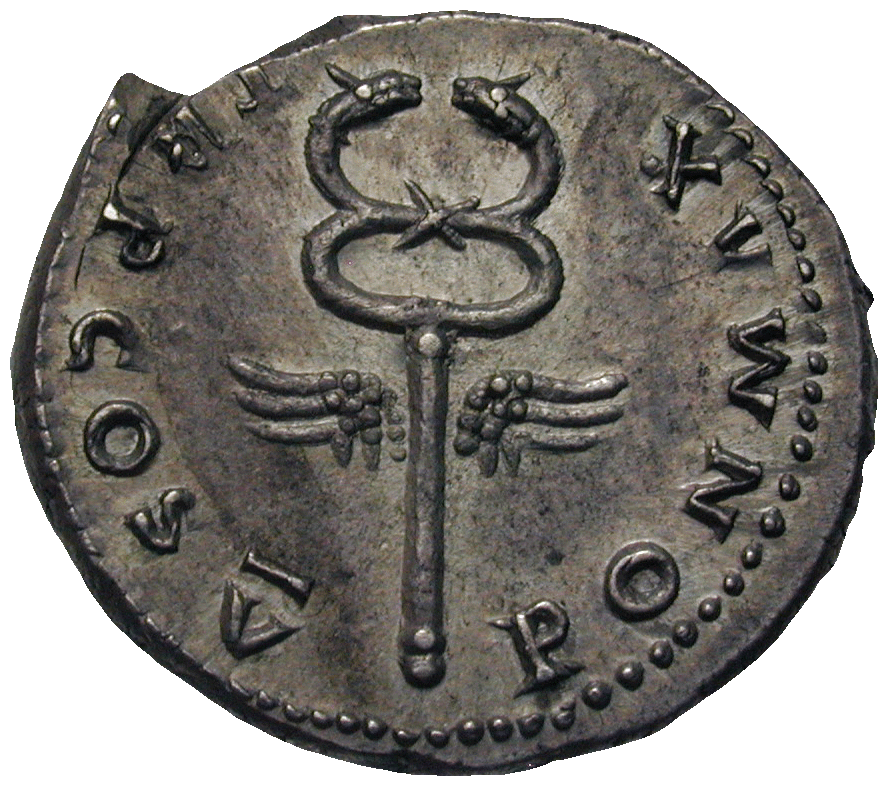 When Vespasian took over the office of emperor in 69 AD (until 79 AD), the Roman treasury was empty. However, Vespasian was the son of a Roman customs official; he calculated that he needed 40 billion sestertii to rehabilitate the state finances. This was an enormous amount of money, equivalent to 400 millions of Roman gold coins, or to 3.000 tons of gold.

One attempt to rake in money was to lease the public toilets. When Vespasian's son Titus complained about that method as unworthy, Vespasian allegedly answered, 'It doesn’t stink!'

The obverse of this denarius shows Vespasian. On the reverse is a winged caduceus, a staff entwined with a snake, the ancient symbol of the god Mercury. It symbolized the promotion of trade and industry, with which the emperor hoped to refill the treasury.