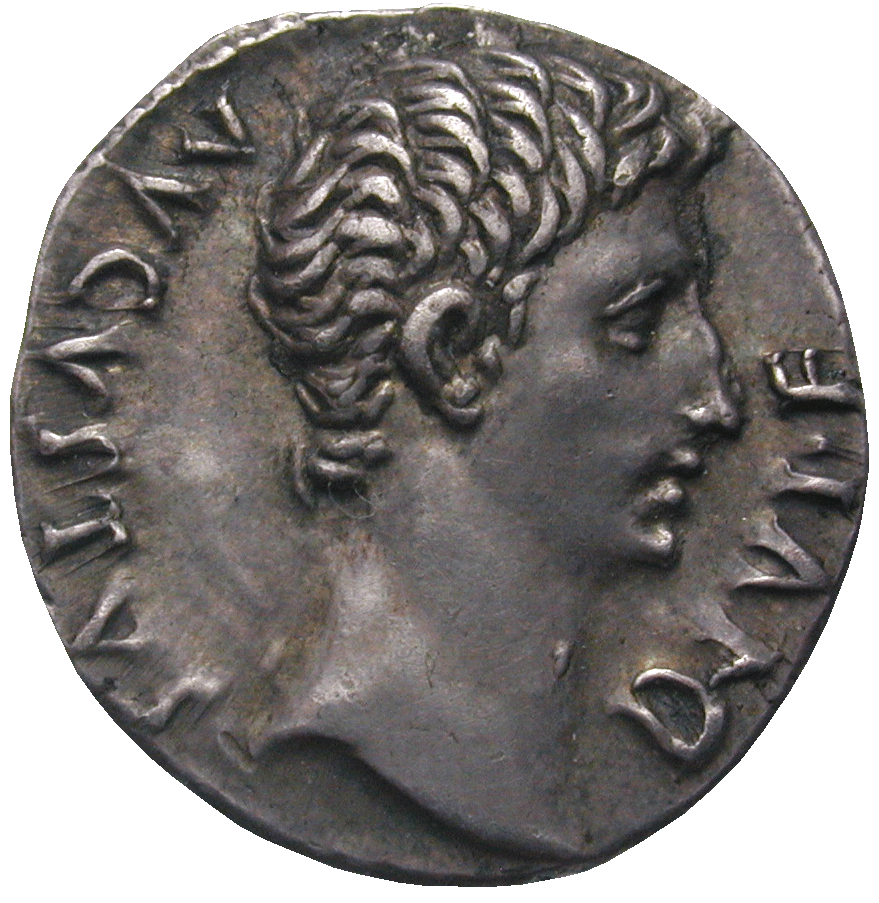 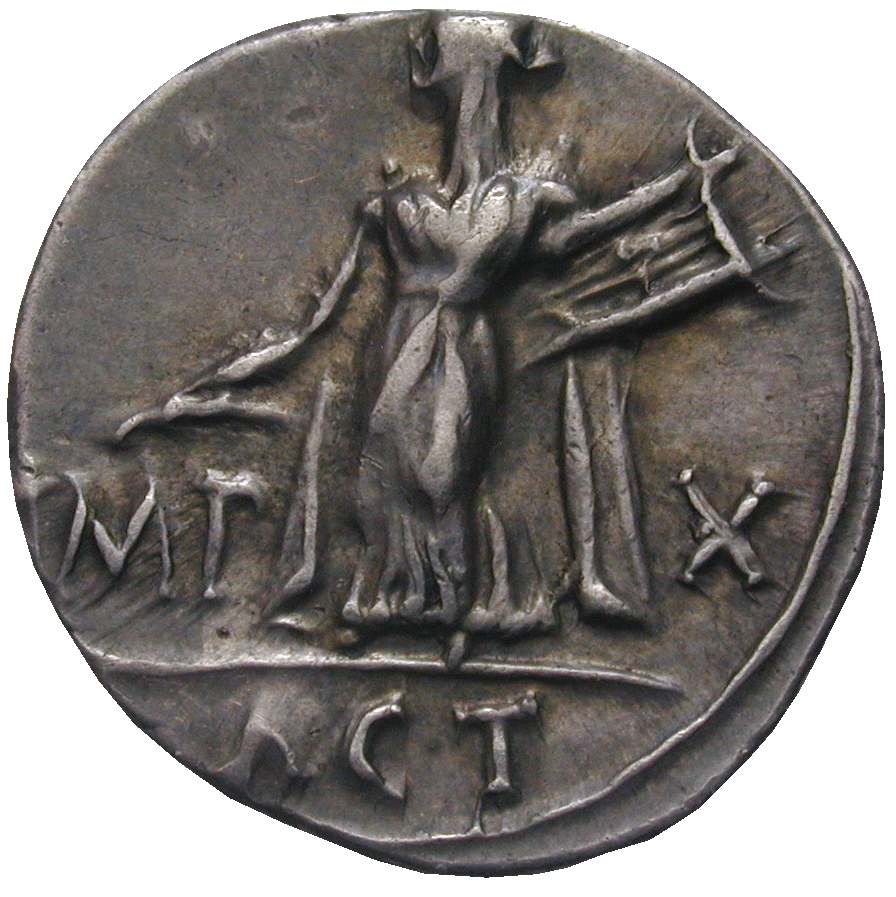 Achieving military victories was one of the most important qualities of a Roman politician. On their coins, Roman generals therefore made sure to present every single one of their triumphs in the proper light.

This, however, was a bit of a problem for Octavian, the later emperor Augustus, after the end of the civil war in 31 BC. He could not properly depict his triumph, because it had not been won against a foreign enemy. Roman had fought Roman in this war, hence the losers were Romans. And it was of course impossible to depict vanquished Romans on Roman coins – not even if they had fought for the wrong side. For this reason Augustus had to think of something else to illustrate his success.

Instead of featuring victors and losers, Augustus thus chose to show the divine powers behind his triumph: the god Apollo with a Kithara and a plectrum. The obverse shows the portrait of the great winner himself, the soon-to-be Emperor Augustus (27 BC-14 AD).