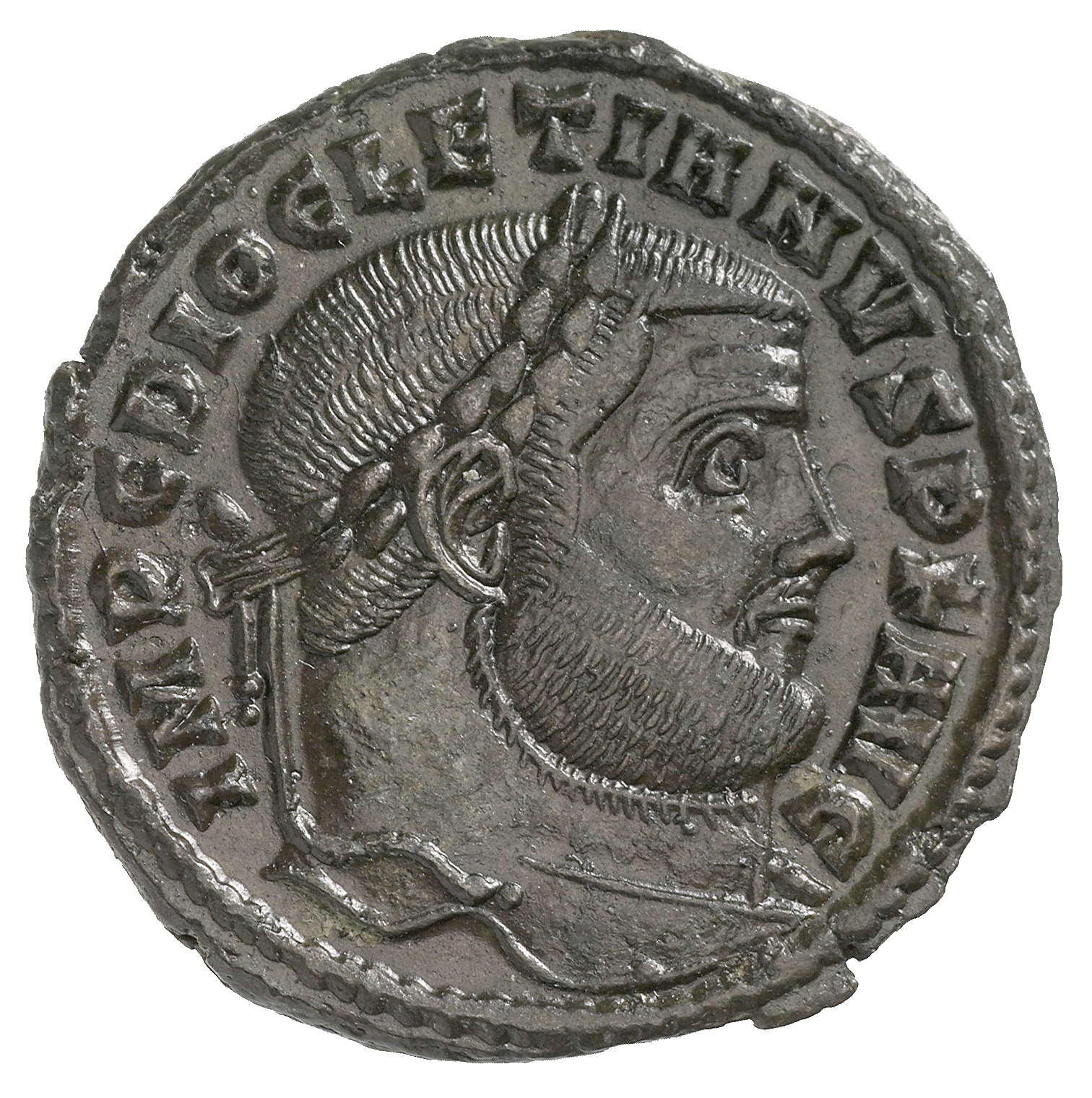 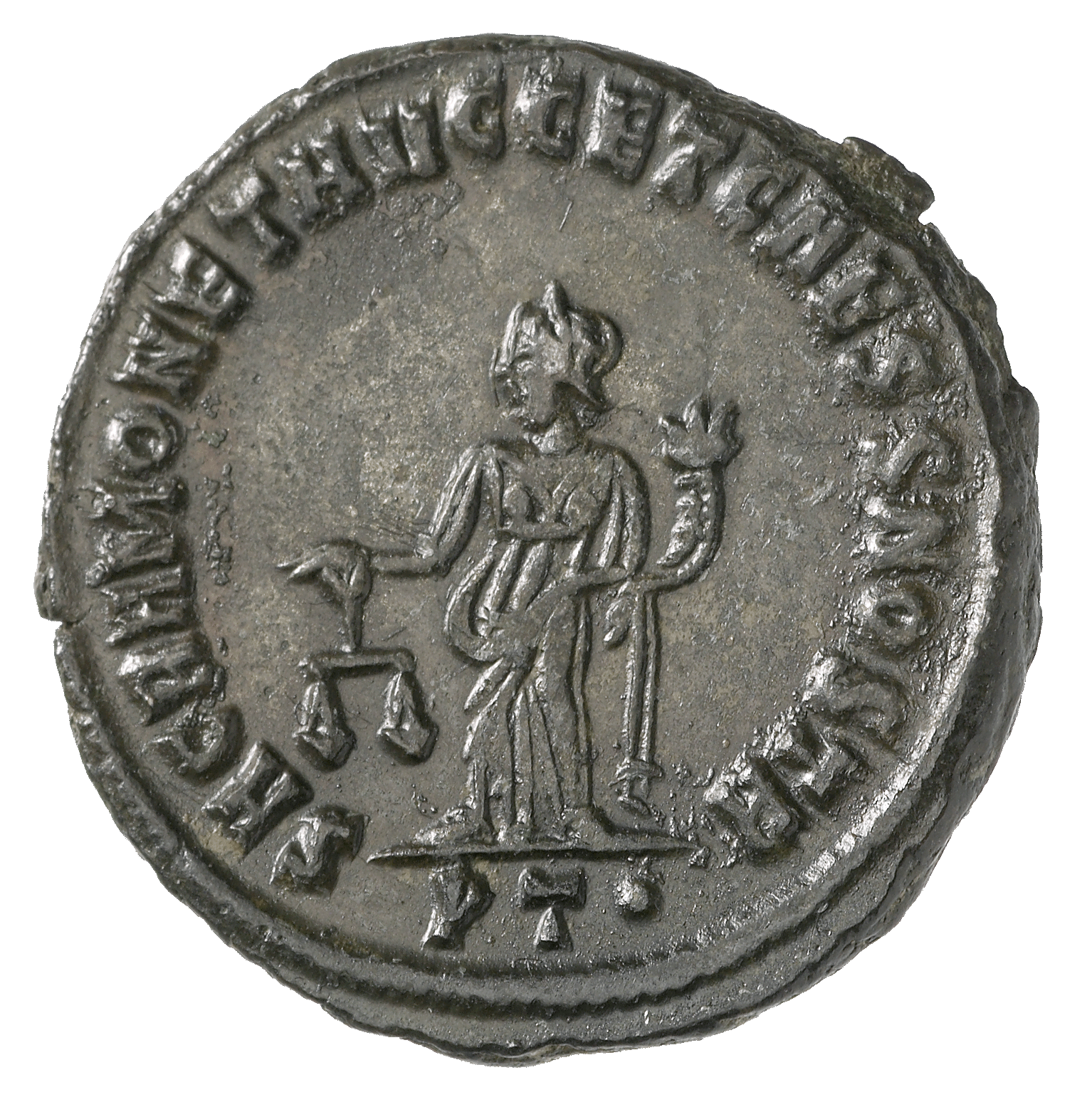 Towards the end of the 3rd century AD, Rome's economy was stagnating. Since Roman coins were not made from decent silver any longer, trade was paralyzed. Because money was not worth much any more, taxes had to be collected in kind.

Emperor Diocletian (284-306 AD) tried to stabilize the ailing Roman currency. He issued gold coins with a stable gold content and a fixed weight, silver coins that were indeed made from silver, and copper coins of which we don't know what they were called, but which we call folles today.

This coin is such a follis. It bears the emperor's portrait on the obverse and on the reverse the personification of money, the goddess Moneta with a horn of plenty and a scale.