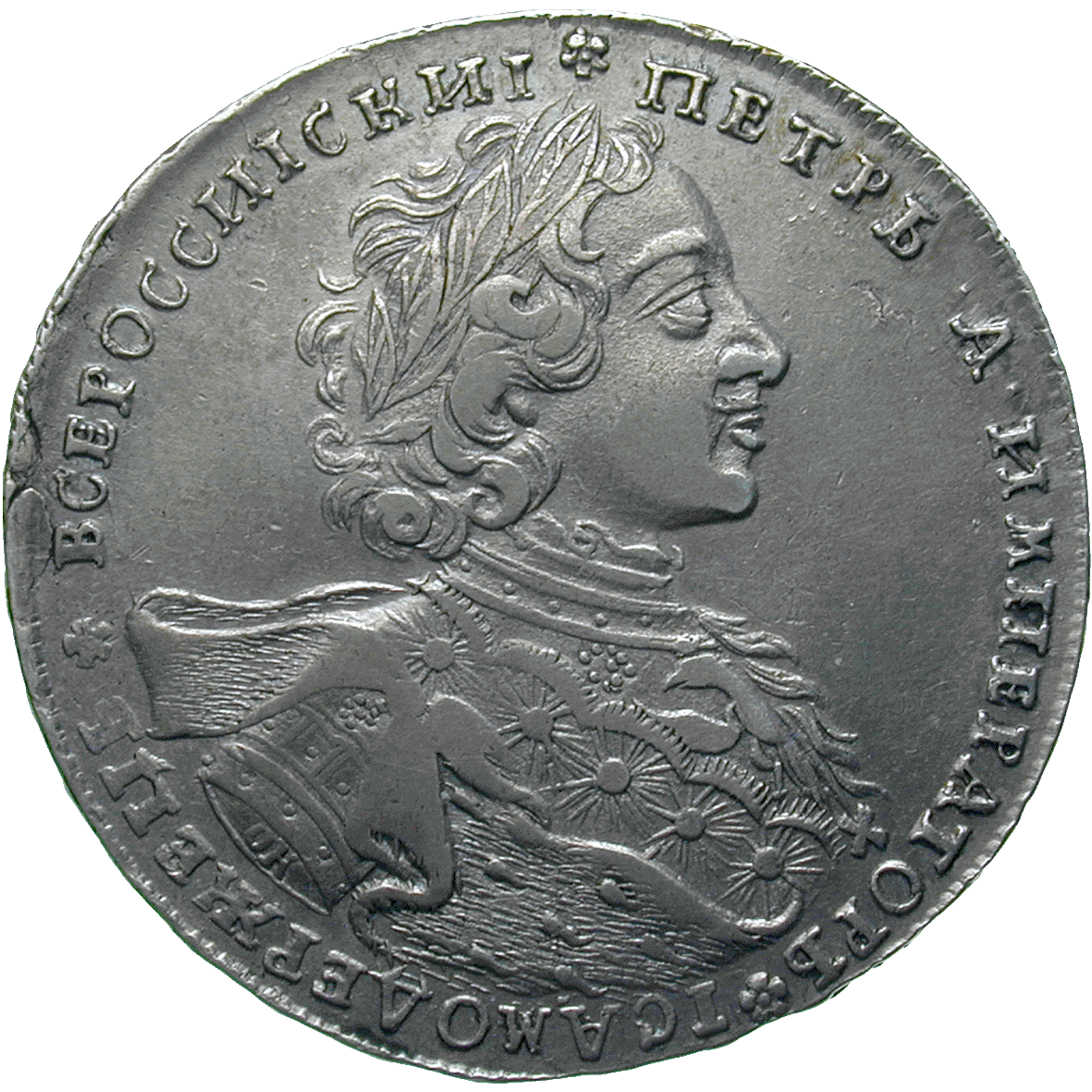 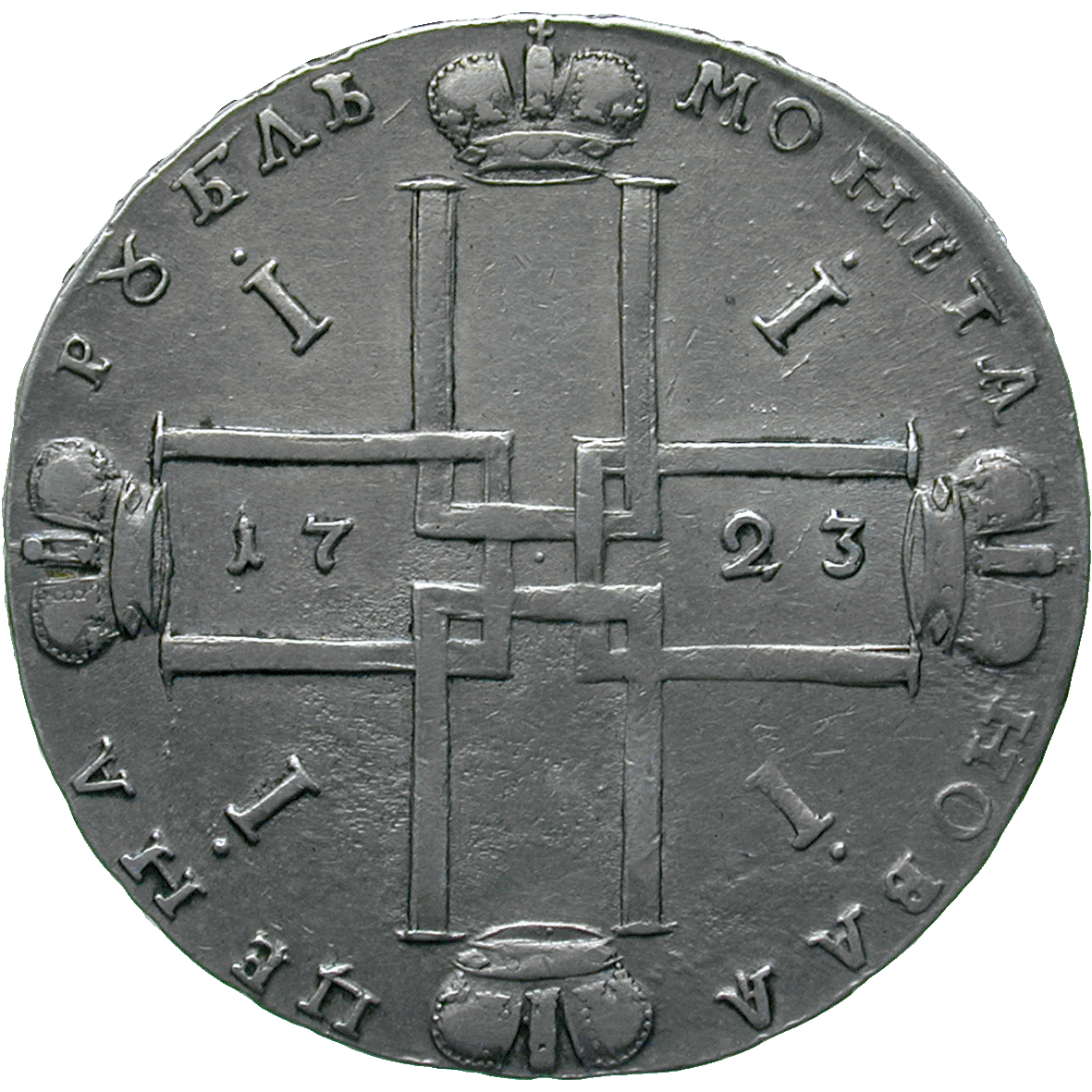 Around 1700,the Russian Tsar Peter I (1682/9-1725) traveled Western Europe. After his return, he began to open Russia to the West. Peter introduced a new, decimal currency system based on rubles and kopecks. With this he tried to link Russia's economy with the rest of Europe. The obverse of this heavy ruble – it weighs about 28 grams – bears the portrait of the tsar. The reverse depicts his monogram arranged into a cross. The abiding people of Russia often wore such rubles as amulets around the neck.