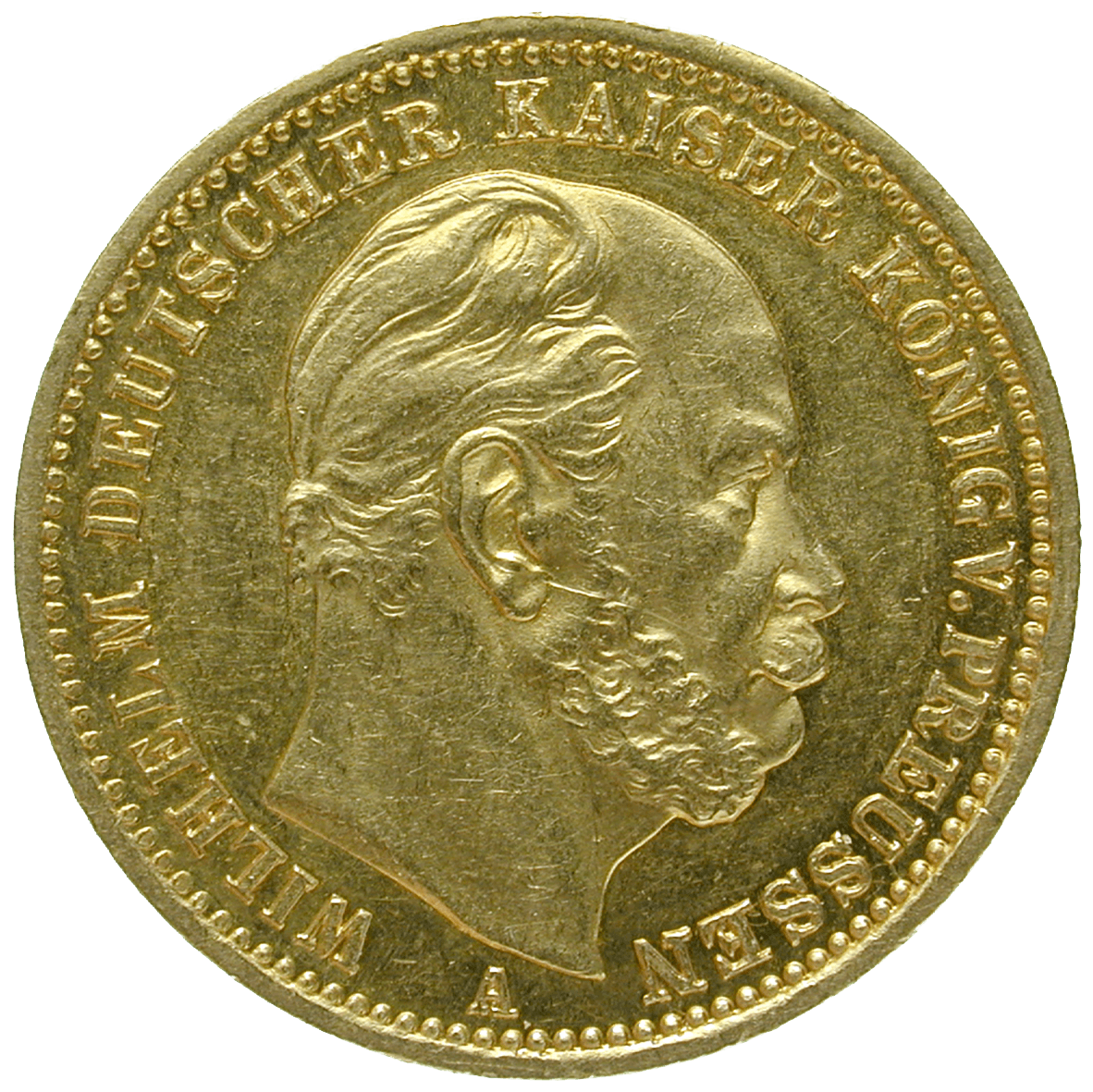 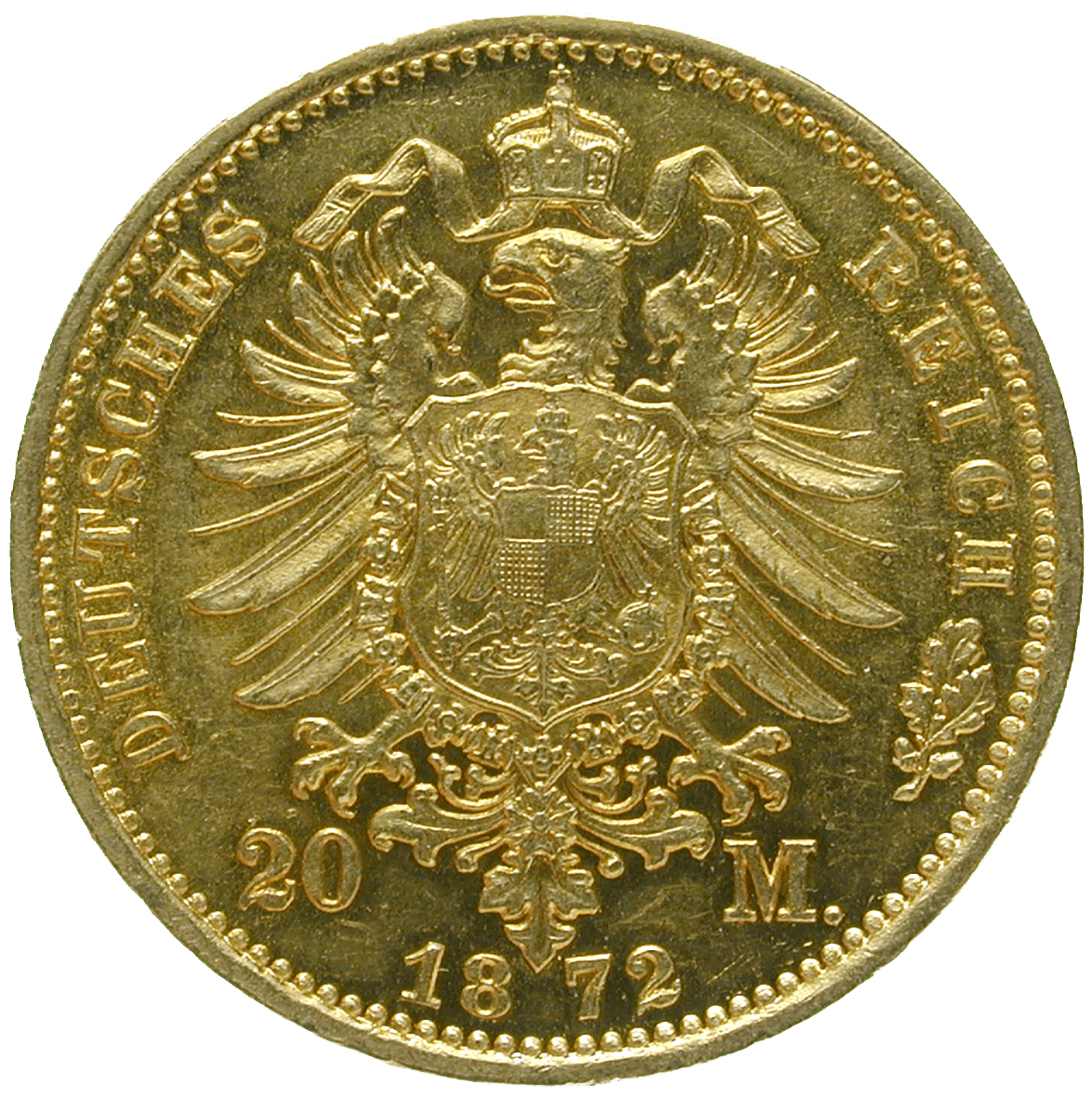 At the centre of the German monetary reform of 1871 was the change from a currency based on silver to one based on gold. The law laid down that the new gold coins were to be legal tender and circulate alongside the coins previously in circulation. It had already been decided who was to pay the costs of the expensive changeover to the gold currency: France had been defeated in the Franco-Prussian War of 1870-71, and in the peace treaty of Frankfurt on May 10, 1871, France was commited to pay five billions Francs in gold for reparations on Germany. In the same year Wilhelm I, former king of Prussia and now emperor of Germany (1872-1888), put the first imperial gold coins of the new Second Reich into circulation.