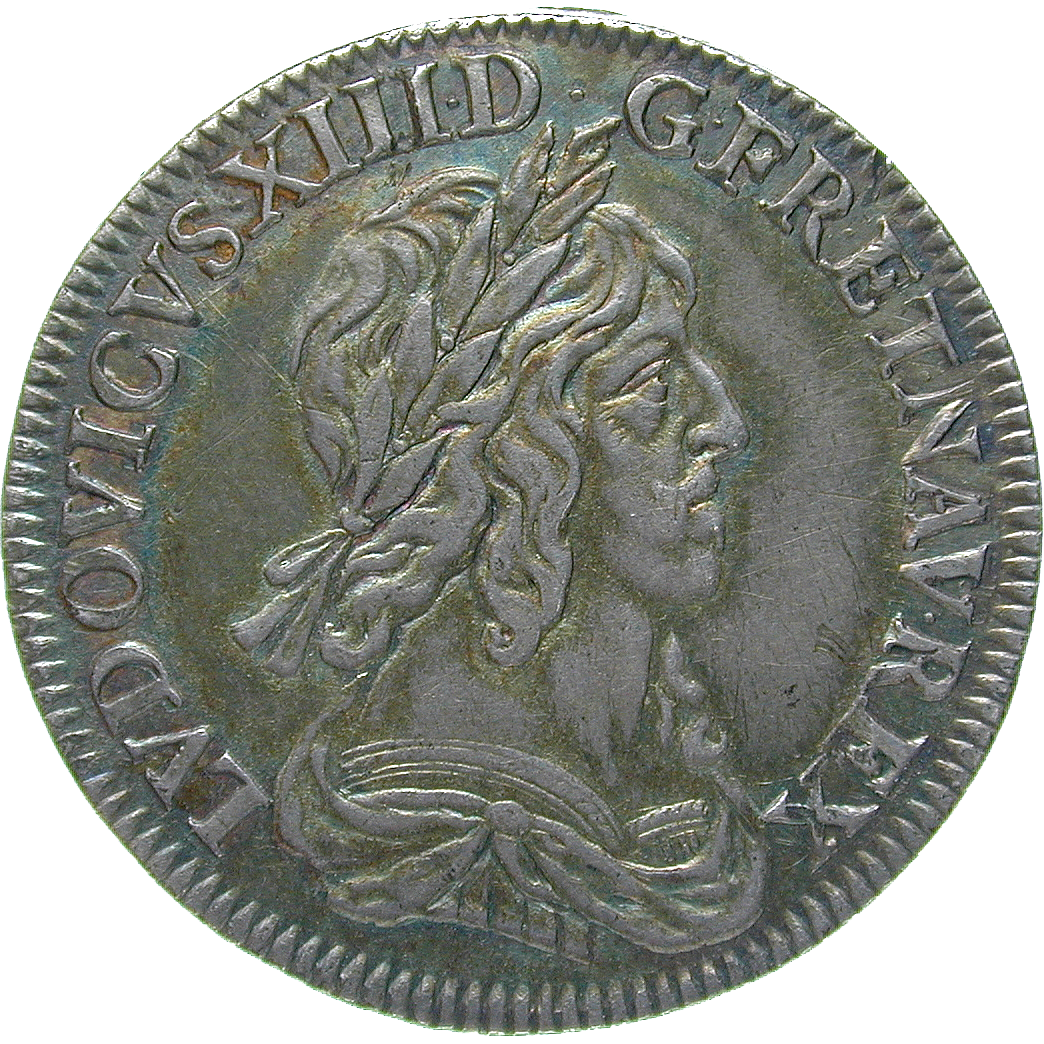 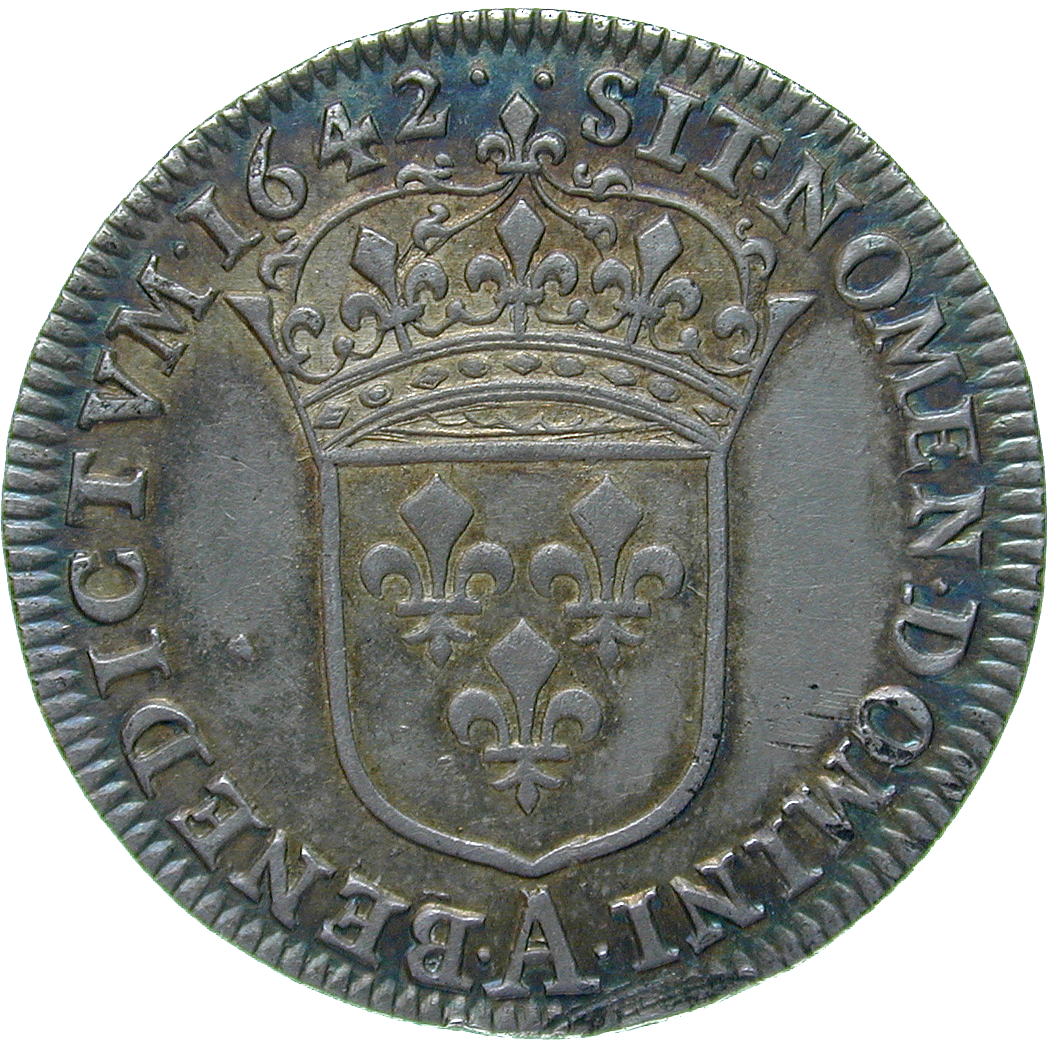 In the years of 1640 and 1641, two new coins were launched in Paris that would soon gain importance far beyond the borders of France. The first was a gold coin that was called Louis d'or, after the image of King Louis XIII (1610-1643) on the obverse. In the following year, the Louis d'argent or écu blanc came out, a coin reminiscent of the German talers. Of the Louis d'or and the Louis d'argent, several divisions existed. This half Louis d'argent was produced in Paris – in the Louvre, where the mint was located at that time.