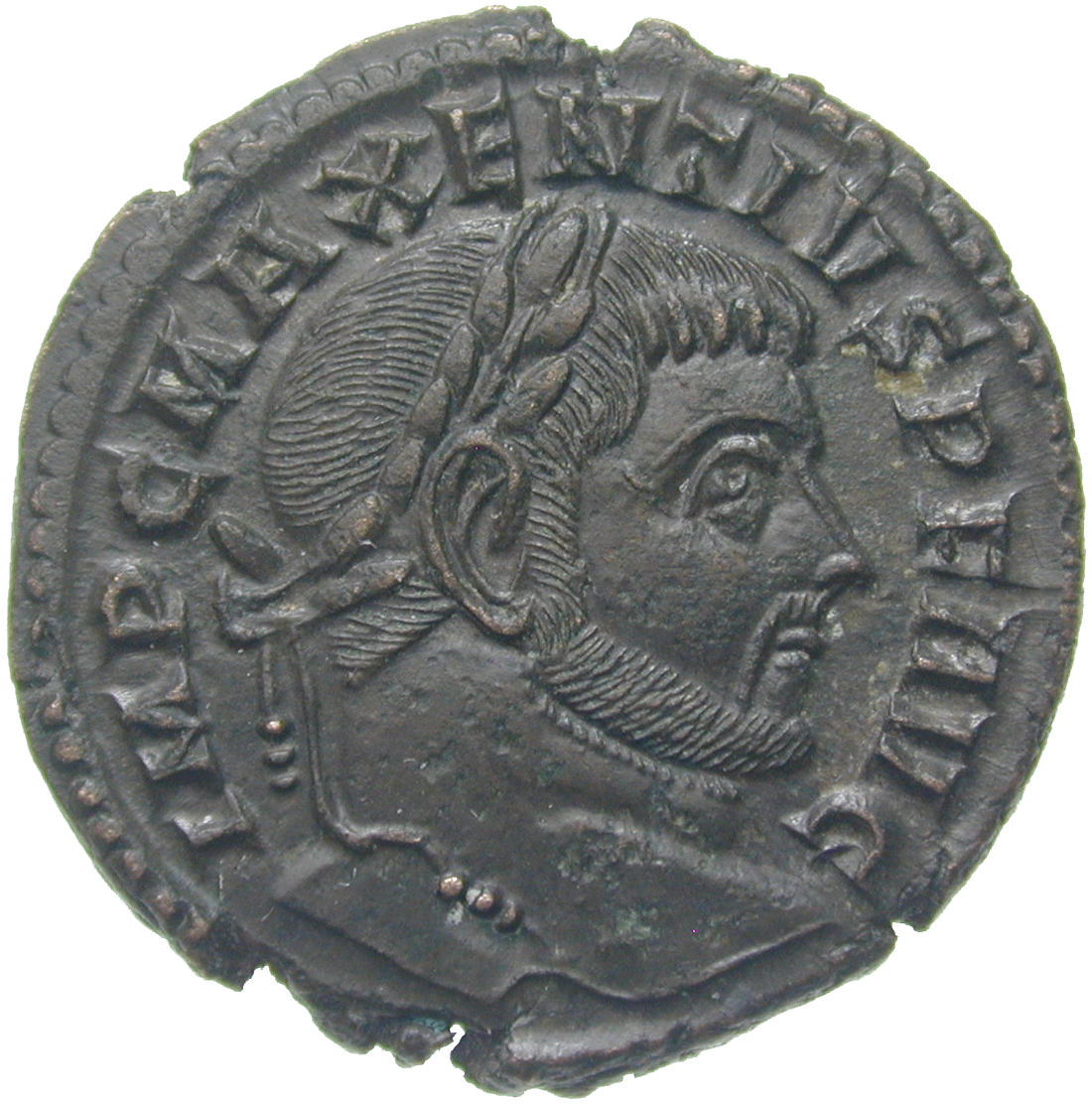 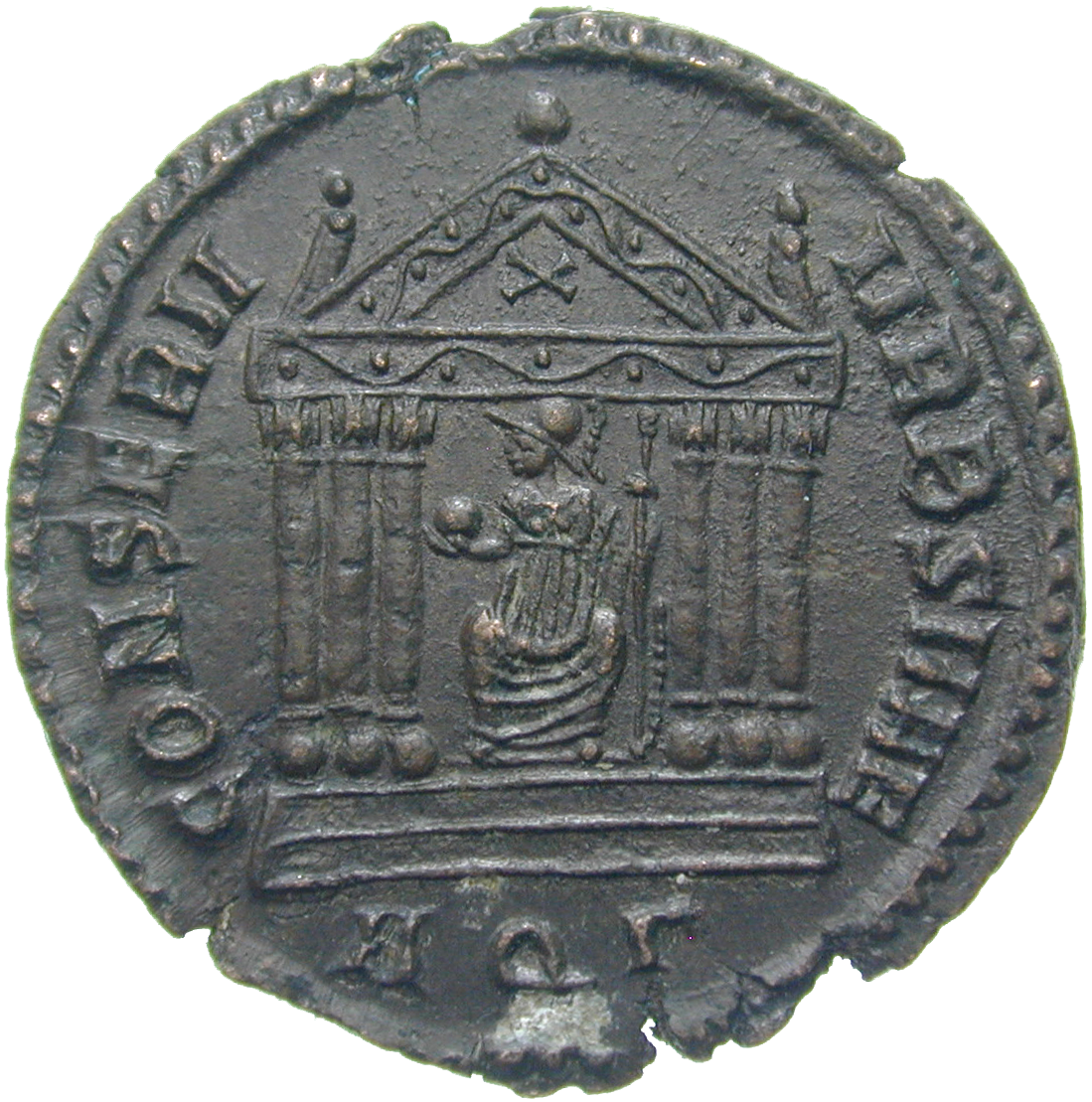 During the 4th century, many of Rome's traditional privileges were abolished. However, when Emperor Galerius tried to assimilate Rome's tax status to the rest of Italy, the Romans put up a fierce resistance. They formed an alliance with the praetorians, who feared the dissolution of their guard. Together the citizens and the praetorians of Rome hailed Maxentius as their new emperor.

The coins of Maxentius reflect his elevation. They concentrate on the treasures of the city of Rome. This coin, for example, shows the venerable goddess Roma in her temple. The inscription reads CONSERVATRIX VRBS SVAE, preserver of her city.