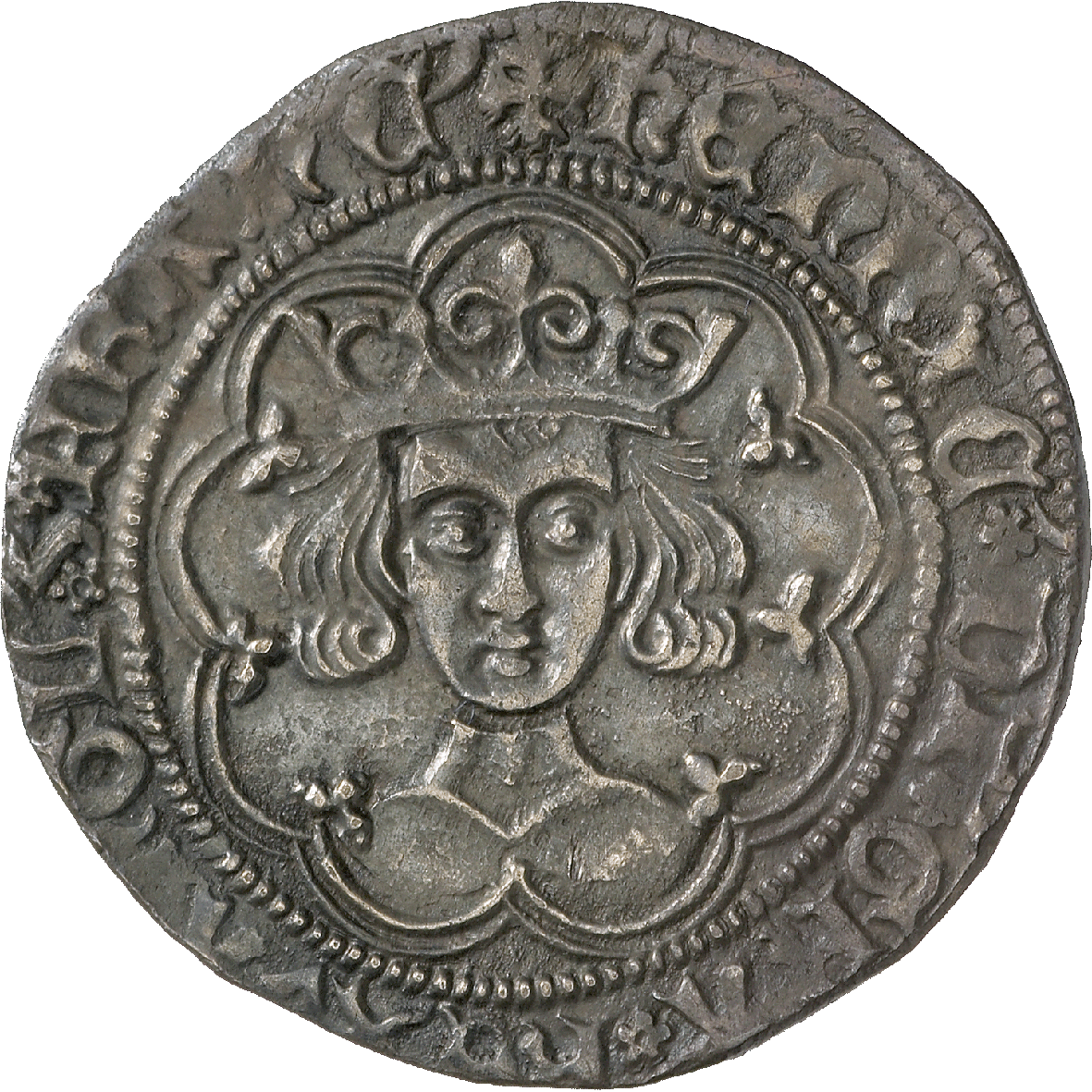 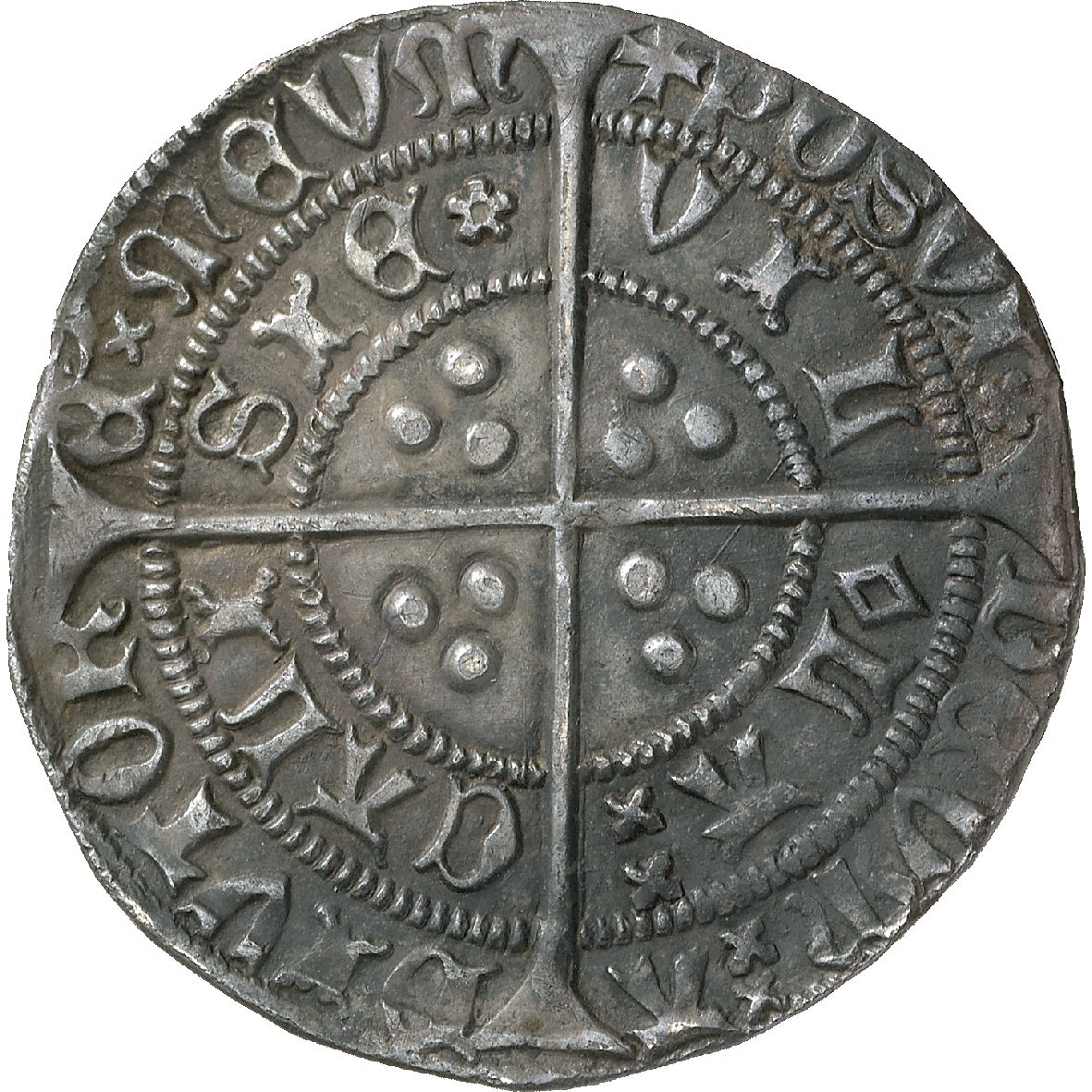 This groat shows the English King Henry VI (1422-1453), a pious but weak ruler. His powerlessness led to the Wars of the Roses between the Houses of Lancaster (red rose) and York (white rose).

The reverse features a 'long cross'. This form of cross was to become the typical space divider on the reverse of the groat, the English variant of the gros Tournois.

The gros Tournois (Turon grosh) was a silver coin first minted in 1266 in France. It spread acrossEurope in different varieties: In Italy as grosso, in Bohemia as Prague grosh, in Poland and Russia as grosz, and in Switzerland as dicken. In England, thus, it was called groat.