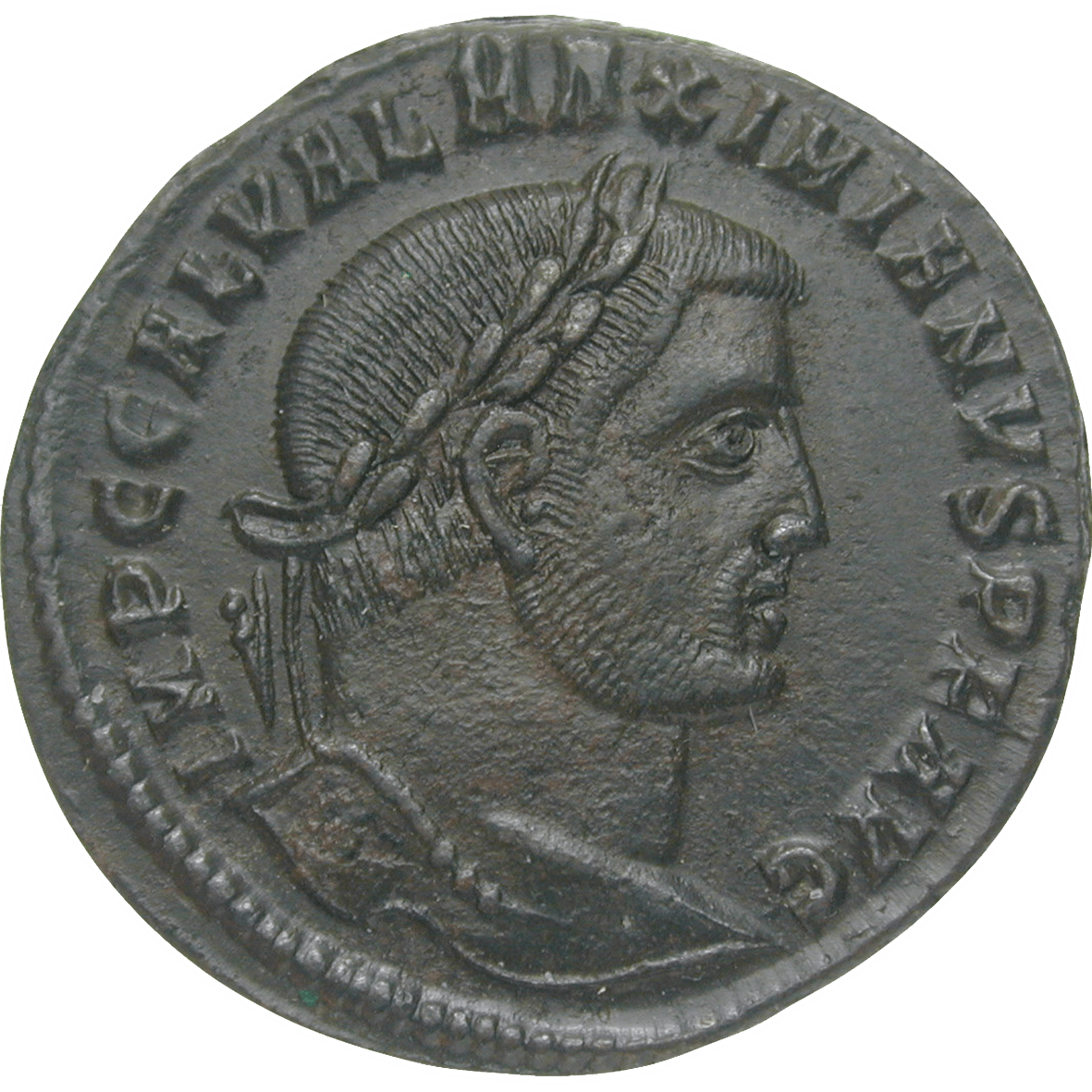 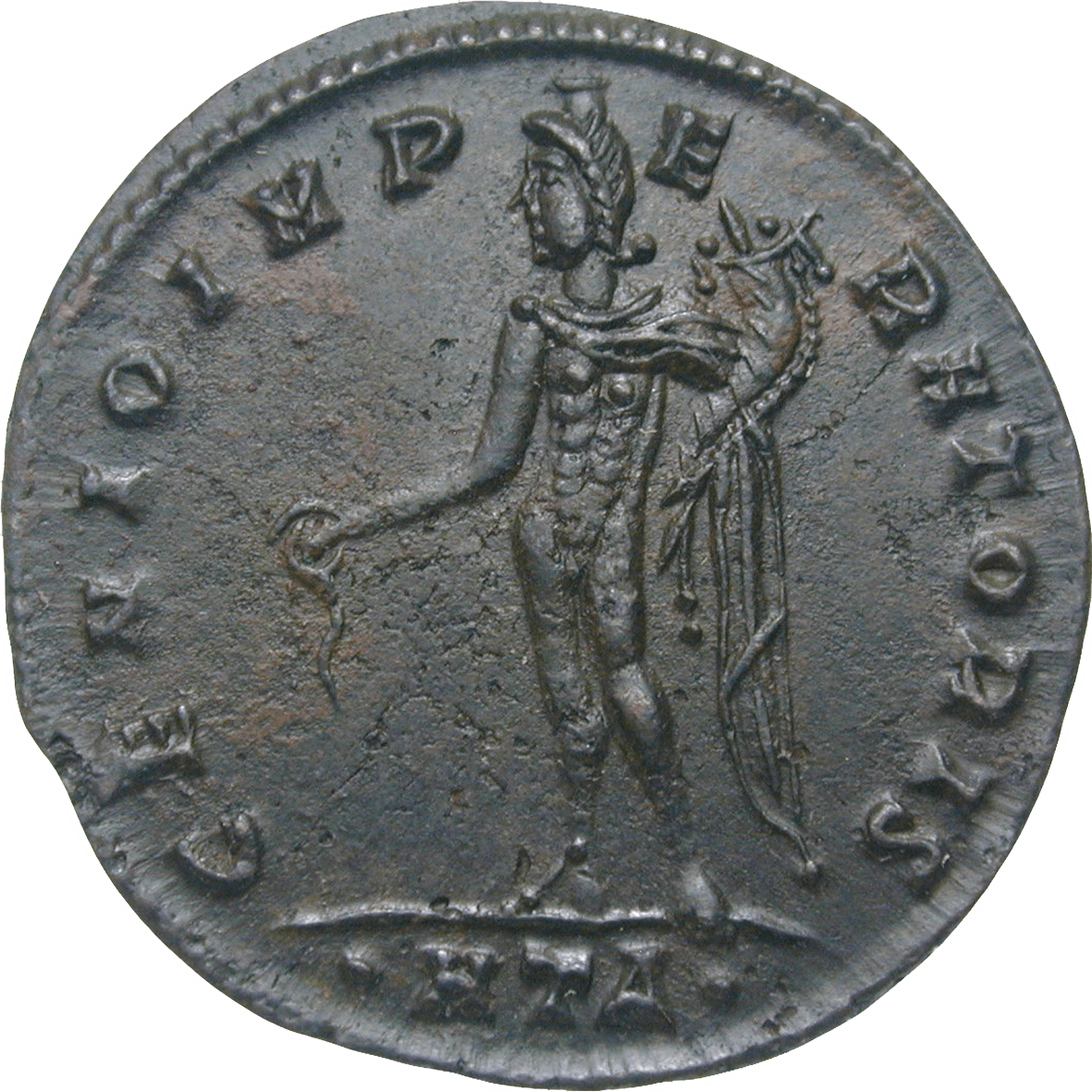 This Roman bronze coin was issued by Galerius. He was from 293 to 305 Caesar (sub-emperor) of Emperor Diocletian, and after the latters abdication became the strong man in the Empire (until 311).

With reference to both his looks and his character, contemporary sources describe Galerius as a monster. In later years, he allegedly got enormously fat.

Naturally, his coins do not depict him that way. Only a strong neck and a slight double chin indicate a tendency for corpulence. The strict, straight haircut and the short beard followed contemporary fashion. The small nose, the wide-open eyes and the prominent eyebrows are typical for the portraits of this emperor.