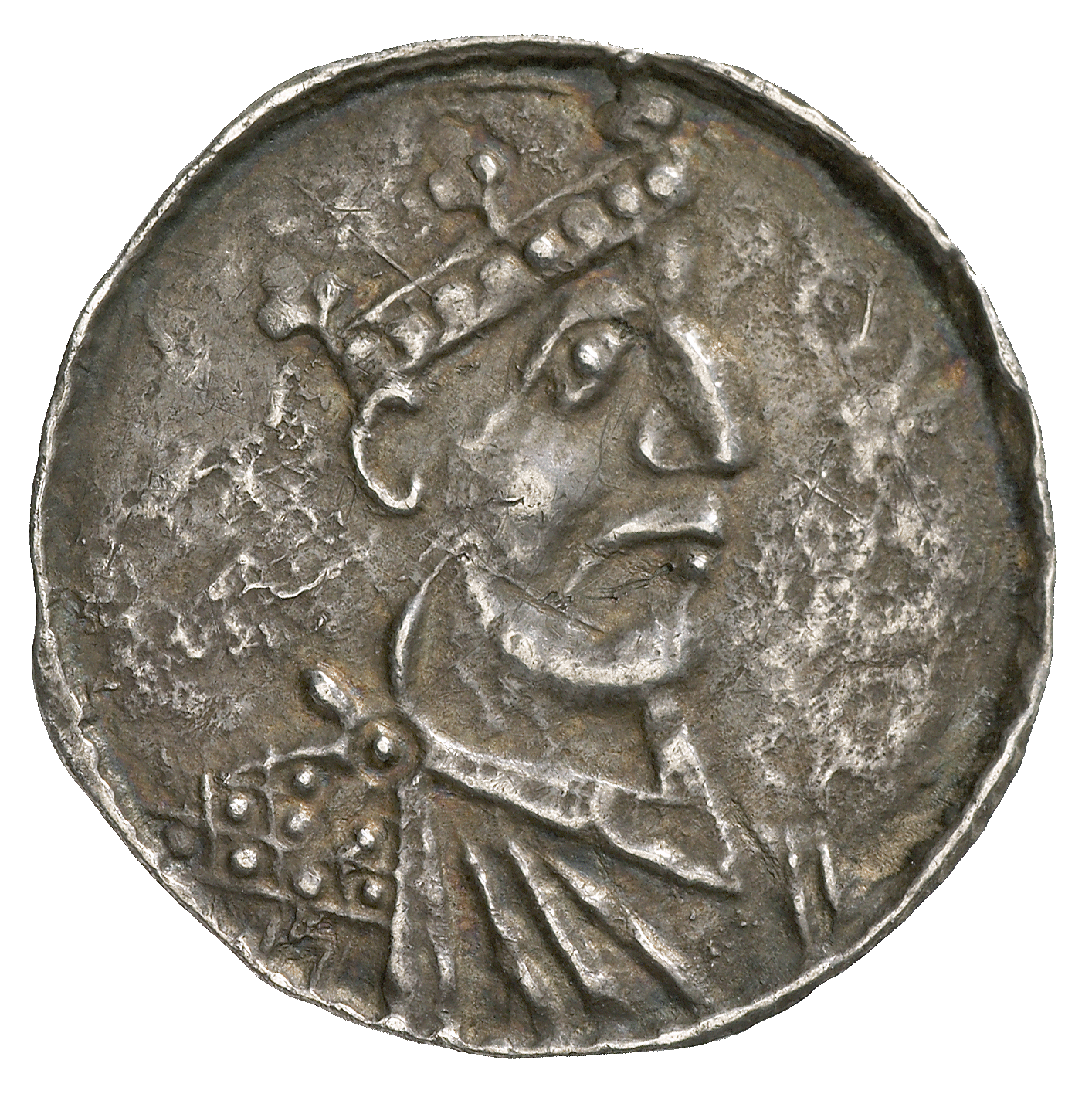 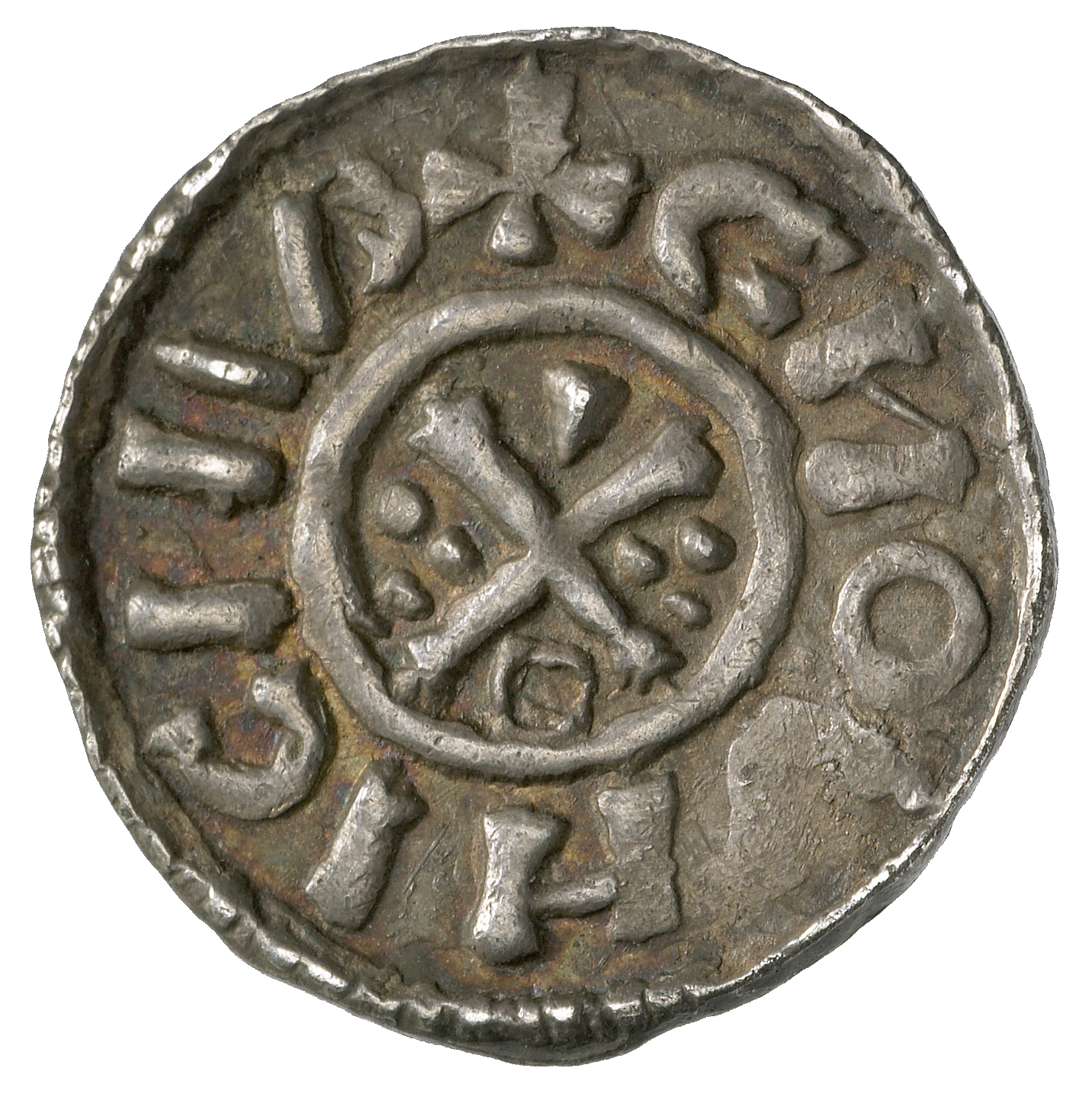 Around the year 800 AD, only few towns existed in Germany. Only places with good facilities for trade were attracting merchants and their wares. From the 9th century onwards, Regensburg on the Danube developed into one of Germany's most important centers of the transit trade. Until 1200 it was regarded as the most important city in southern Germany, with a population of around 15,000, which made it, after Cologne, one of Europe's largest cities. This penny was struck during the reign of Emperor Conrad II (1024-1039), in the imperial mint at Regensburg. Its obverse depicts the emperor's portrait, the reverse bears his name and a cross. Conrad II was the first emperor from the Salian dynasty, although he himself certainly never used this denotation as it came in use only towards the end of the dynasty (1125).