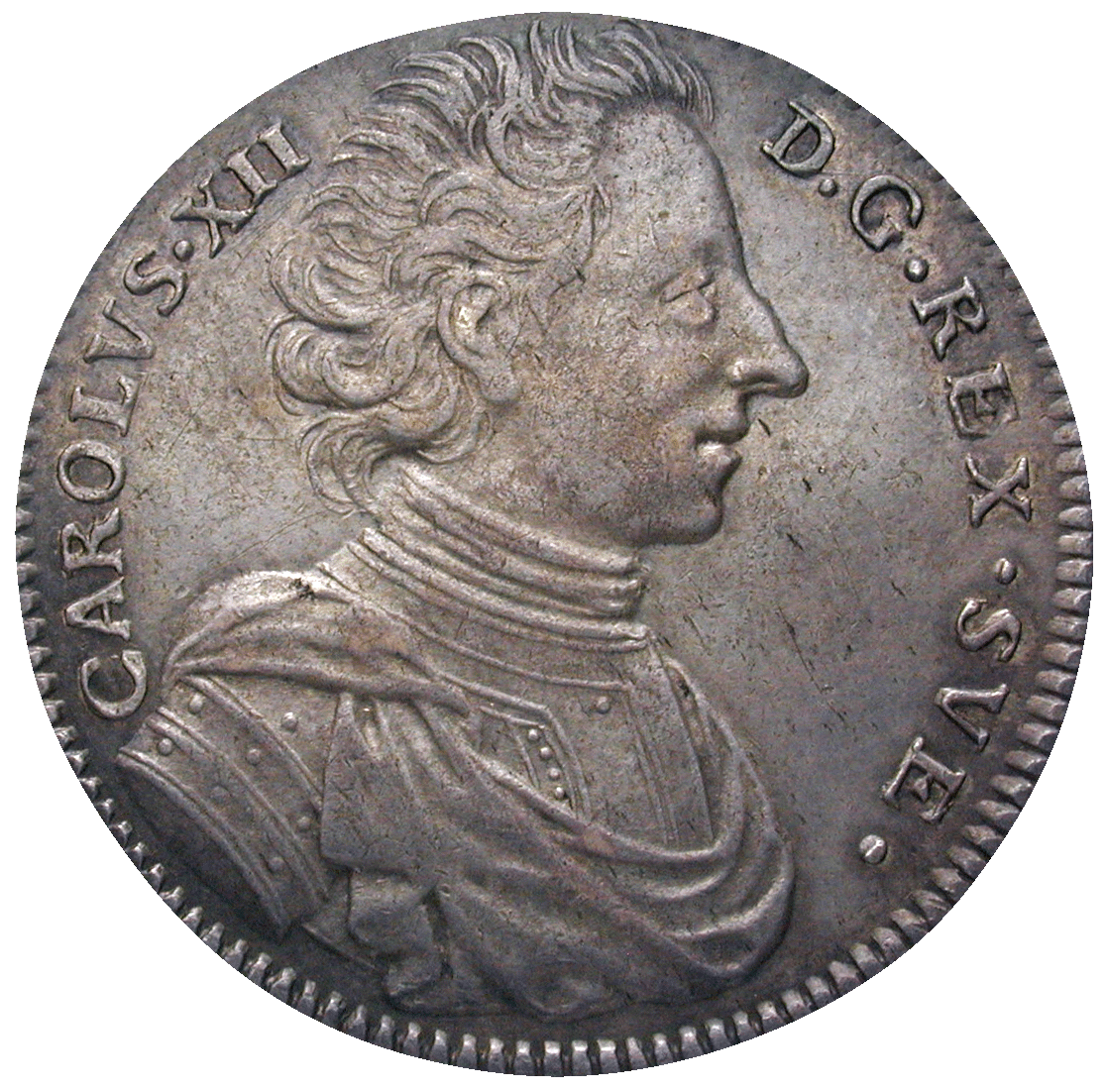 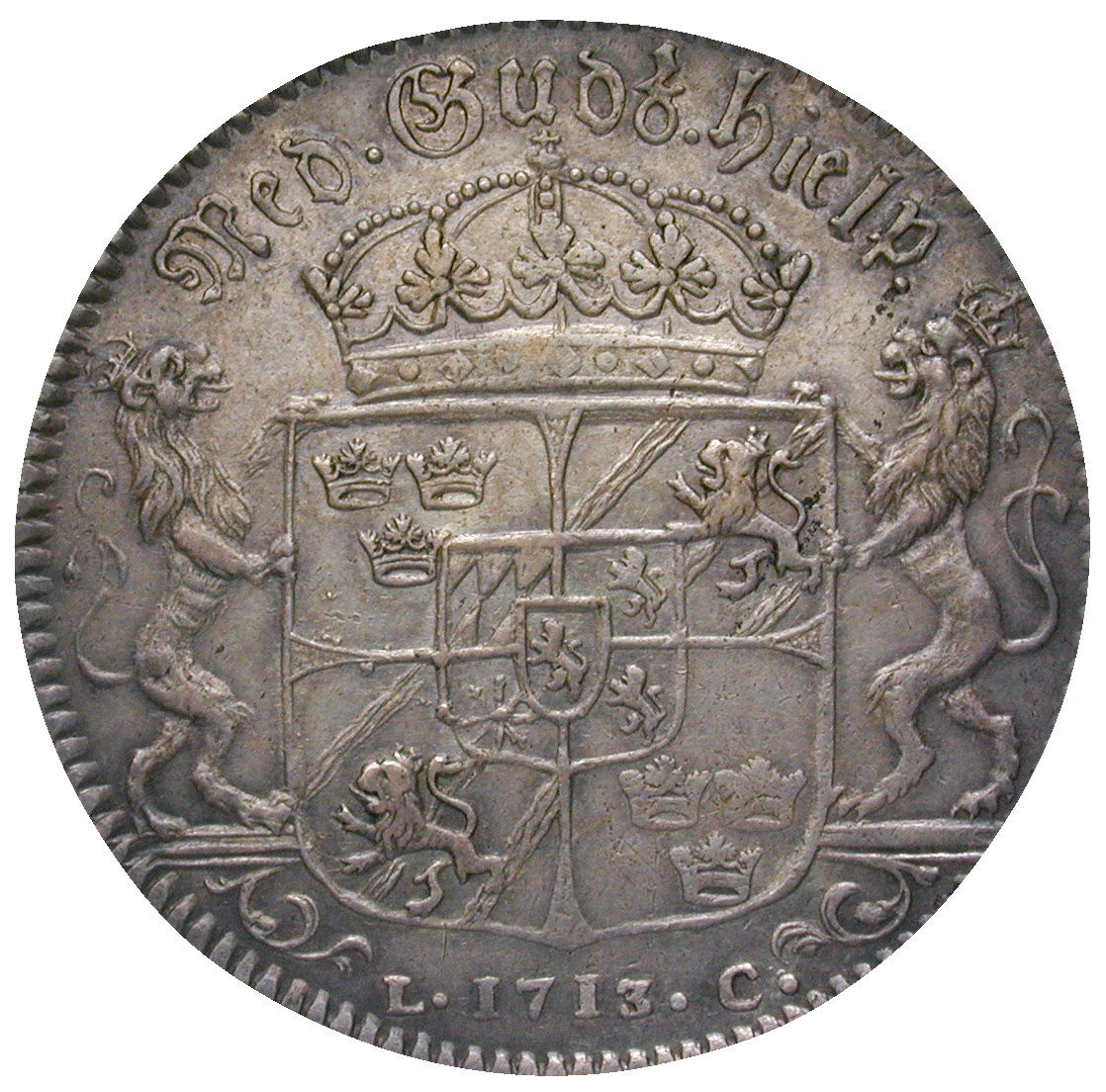 Charles XII (1697-1718) became known in history as "Alexander of the North." Three years after his accession to the throne, the young king led his country into the Great Northern War, eager to expand his empire. The war turned out a disaster: Sweden lost its supremacy within the Baltic Sea to Russia, and the king lost his life. He was shot during a siege in 1718; whether the bullet came from the enemies or from his own people, is uncertain. This riksdaler depicts Charles XII without his wig, with short stylish hair. The reverse bears the royal coat of arms.