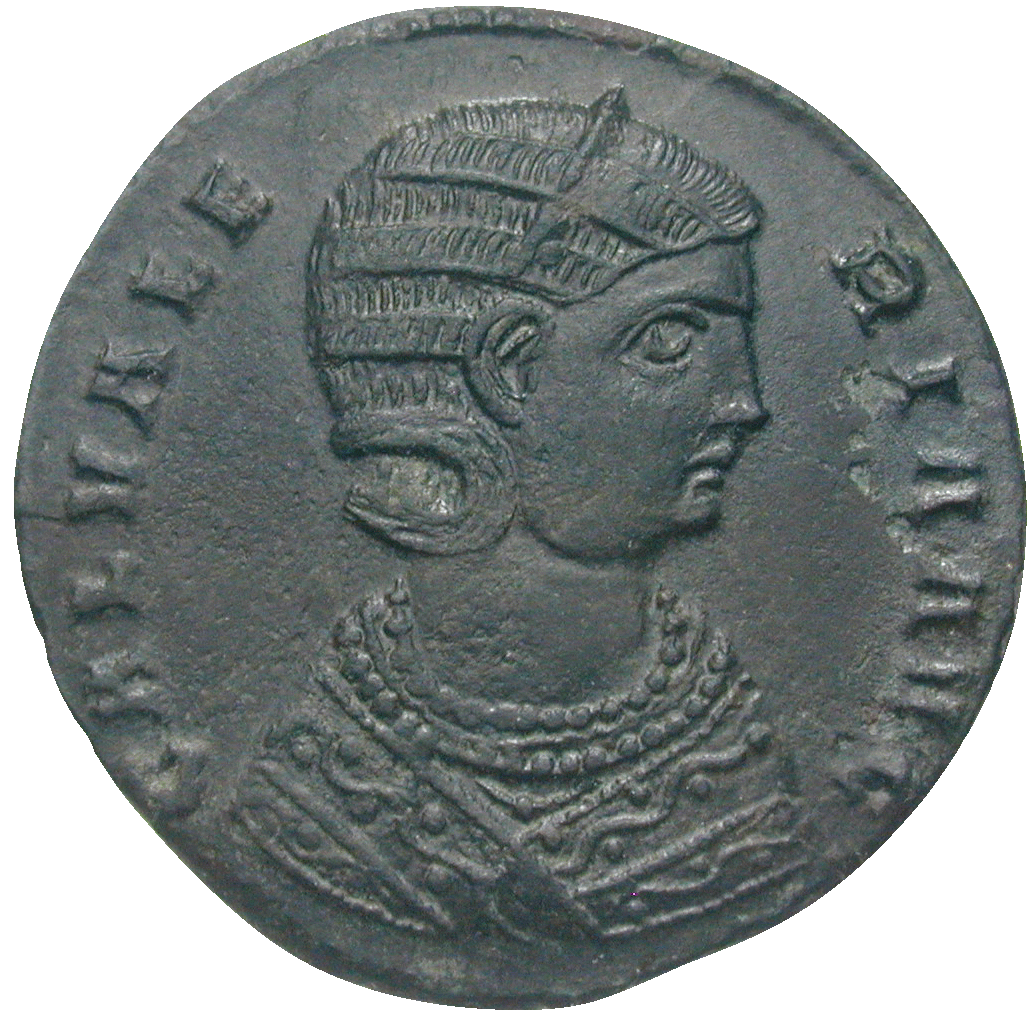 Galeria Valeria was the the daughter of Emperor Diocletian and married to Gaius Galerius Valerius Maximianus, her father's adopted son and co-emperor. The marriage had been contracted for political reasons; Diocletian wanted Galerius as tight as possible, because the loyalty of his son-in-law was important: As Ceasar (305-311) Galerius was responsible for the Danubian provinces and Greece, and advised Diocletian with ongoing problems.

Her coin portraits show Galeria Valeria with a thick neck, a large jaw and a prominent chin. She supposedly did not look much like that though. The style used for imperial coin portraits show all four Tetrarchs and their later caesars and co-emperors with thick necks, large jaws, prominent brows. In fact, all the portraits of these men look very much alike – this style of portraiture was intended to convey the image of a tough, united, no-nonsense group of men who ruled as imperial brothers. For Valeria's coins, the standard imperial portrait was changed only a little to make it look female.