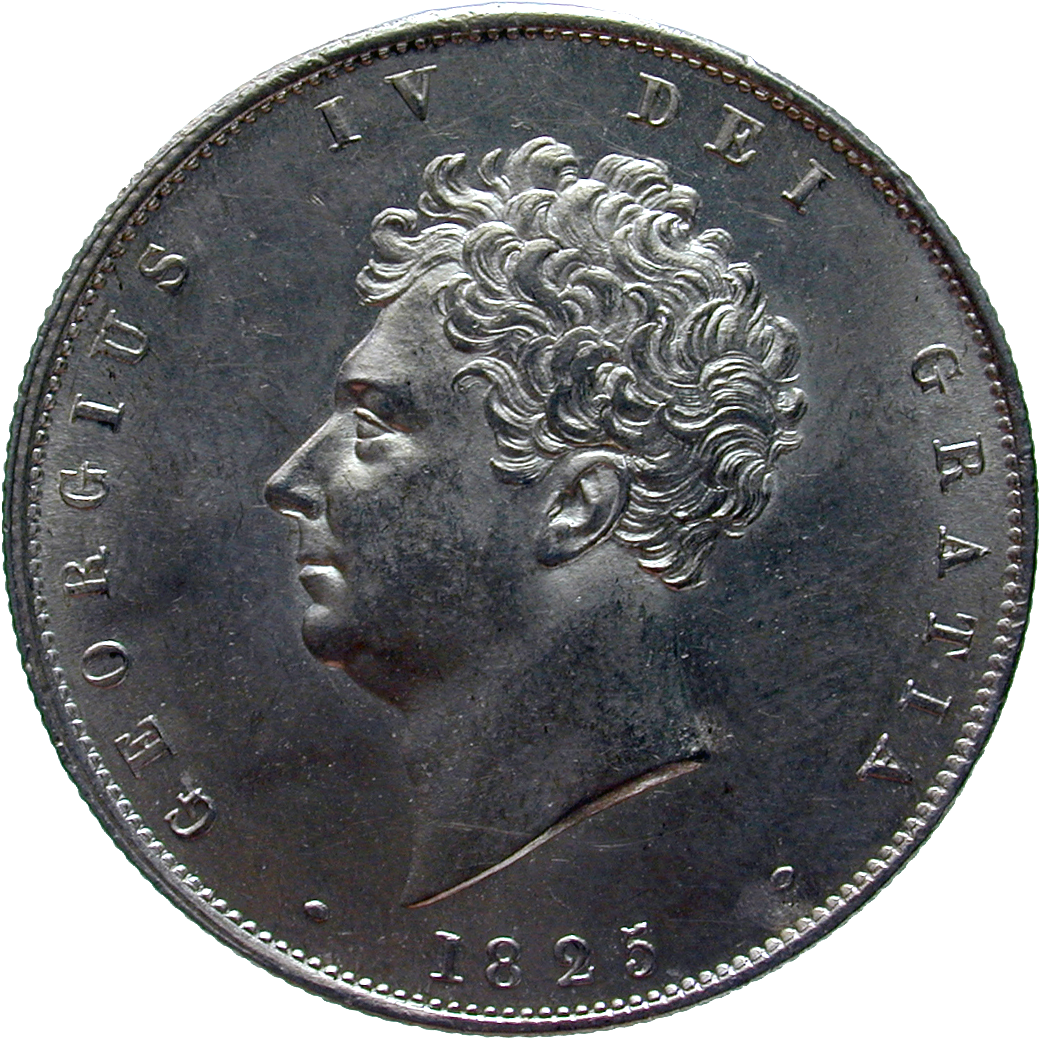 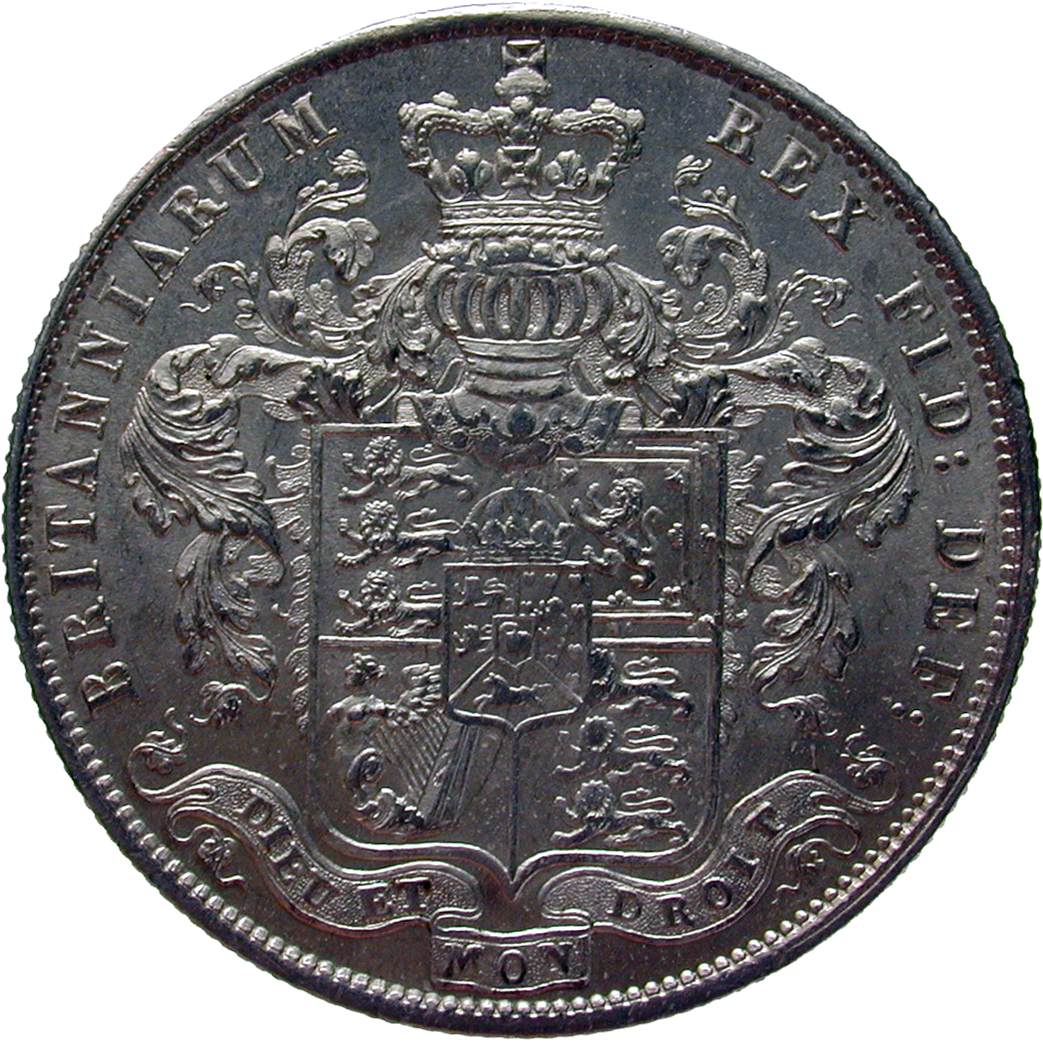 From 1825, the portraits of British monarchs on coins were not laureated any more. Of George IV (1820-1830), pieces with the king wearing a laurel wreath in the stile of the antique Roman emperors are known as well as pieces were the king is shown bare-headed. The reverse of this half crown depicts the coat of arms of the British royal family, with a banner bearing the motto of the British monarchs, DIEU ET MON DROIT ("God and my right"). Henry VI, who had been king of England as well as of France, had introduced the motto in the 15th century. The slogan appears on the English escutcheon up to this day.